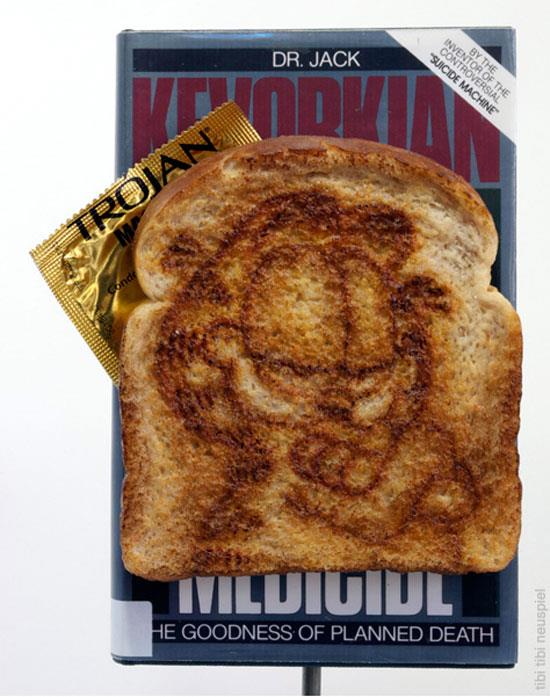 Ever since the Golden Palace Casino purchased a grilled cheese sandwich an honest-to-goodness, one-of-a-kind religious relic bearing an image resembling the Virgin Mary in 2004, it’s been GAME ON for iconic burnt bread. Tibi Tibi Neuspiel (last seen here) has been baking and burning satirical sandwiches since 2009. Above is from his 2010 series of Morality Sandwiches. It stars Garfield, Jack Kevorkian and a Trojan Magnum condom.

2010 also found Neuspiel cooking up a second series of Assassination Sandwiches. Above, in a less-literal assassination, is Jesus vs. Darwin, complete with nails. At first I thought he’d added a slice of baloney just to this particular sandwich, which struck me as “well played”. But the deli meat is present in all the ass sams. Just as well I guess: all assassinations are pretty stupid. 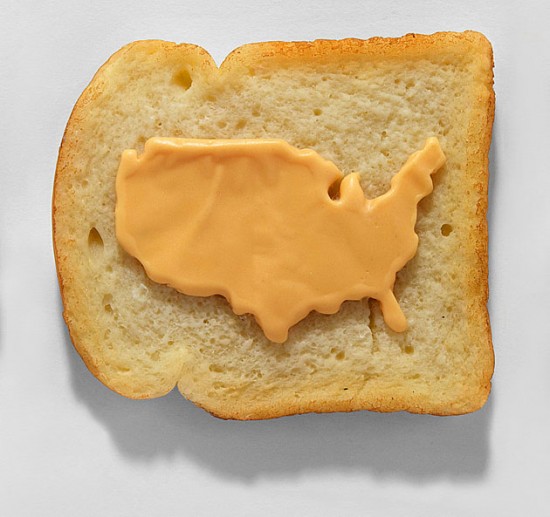 Compared to some of his more controversial sandwiches, this Processed Cheese Map of the USA mounts a quieter impact. 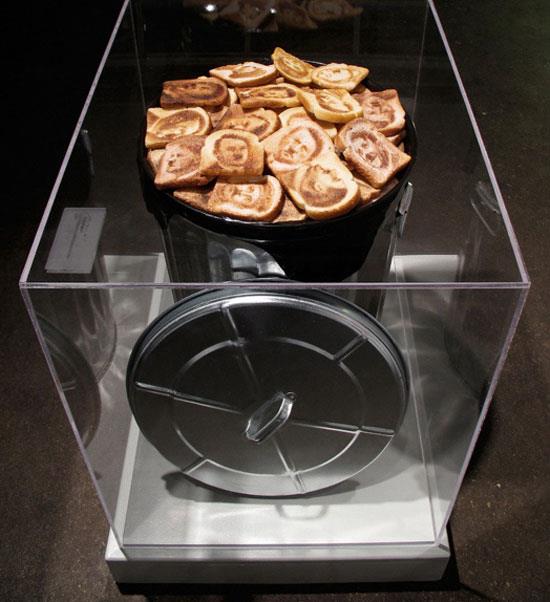 Here’s a bunch of open-faced Hitler sandwiches inside a trash can in a plexiglass cube. Yeah, I don’t get this one either. Feel free to explain it to me in the comments if you do. Click through for a few more of Tibi Tibi Neuspiel’s controversial cheese sandwiches. 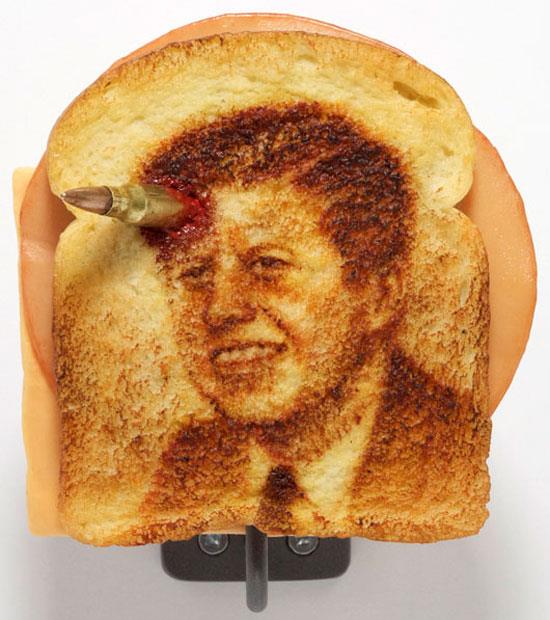 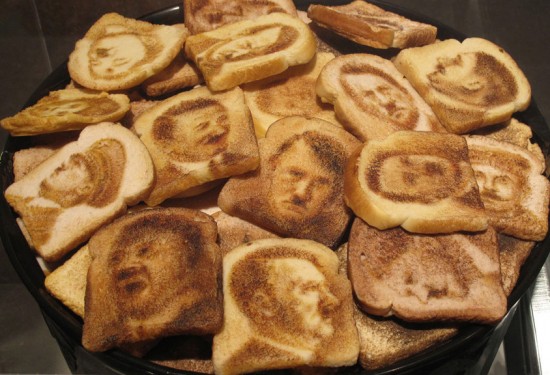