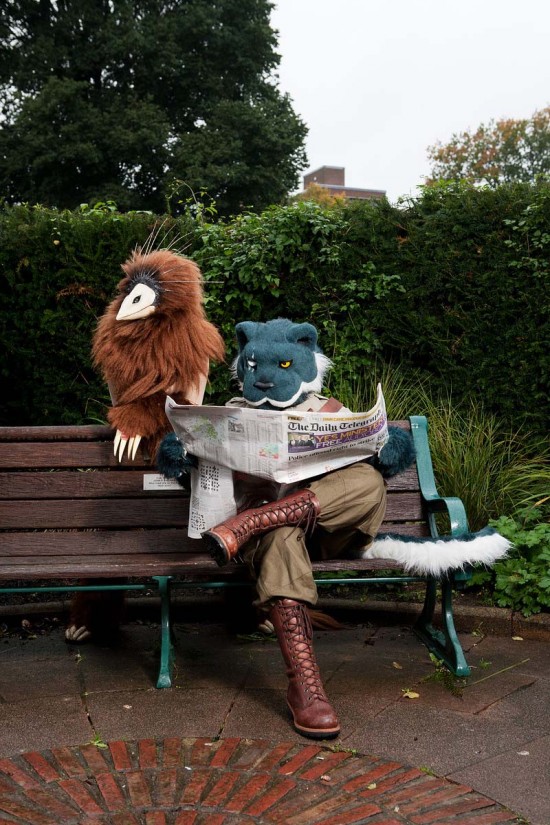 Kreek and Quartermane are a woodland nymph and steampunk lion respectively. They live together in Brighton. Photograph © Tom Broadbent.

Furries are fascinating, so drop that “higher than thou” judgement. Besides, toy art collectors have been known to get into character. (Like these people who dressed up as creations by Junko Mizuno, Camille Rose Garcia, Ferg, KAWS, Gary Baseman and more.) Were they simply Day Pass Furries? Alas, no. If we collect toys and art in part to make our world a place in which we can bear to exist, Furries seem cool with the world the way it is; they just want to be in costume when they frolic. Man, that does not sound fun at all to me! I’d love to help write their characters or get a coffee with Broccoli the Pink Boar sometime though. 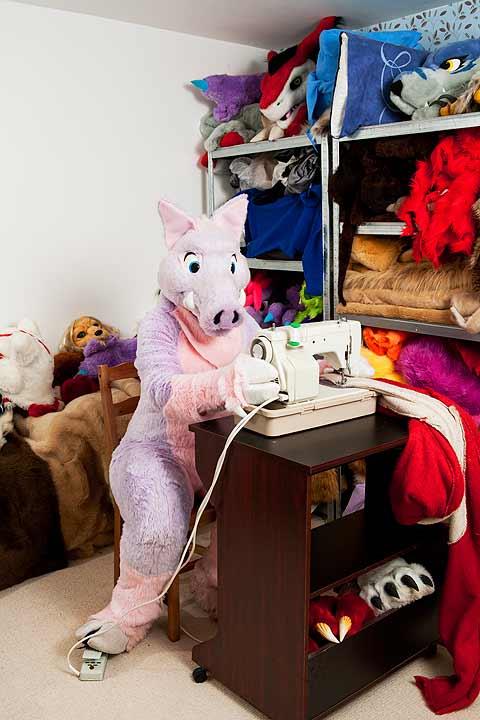 Broccoli, a pink boar works in fursuits for a living. Photograph © Tom Broadbent.

Wikipedia redirects “furry” to “furry fandom” and explains as follows:

The furry fandom is a subculture interested in fictional anthropomorphic animal characters with human personalities and characteristics. Examples of anthropomorphic attributes include exhibiting human intelligence and facial expressions, the ability to speak, walk on two legs, and wear clothes. Furry fandom is also used to refer to the community of people who gather on the Internet and at conventions.

British photographer Tom Broadbent recently gained access to the Furry subculture and created a series of furry photos called At Home with the Furries. 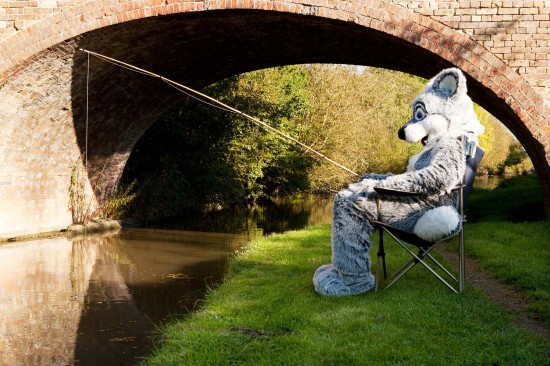 Twinkie is a North American Sea Otter and when he’s not swimming and jet-skiing he likes to go fishing. Photograph © Tom Broadbent.

These photos are happy. Find out more about the project, and learn the first and second rules of The Fur Club here. 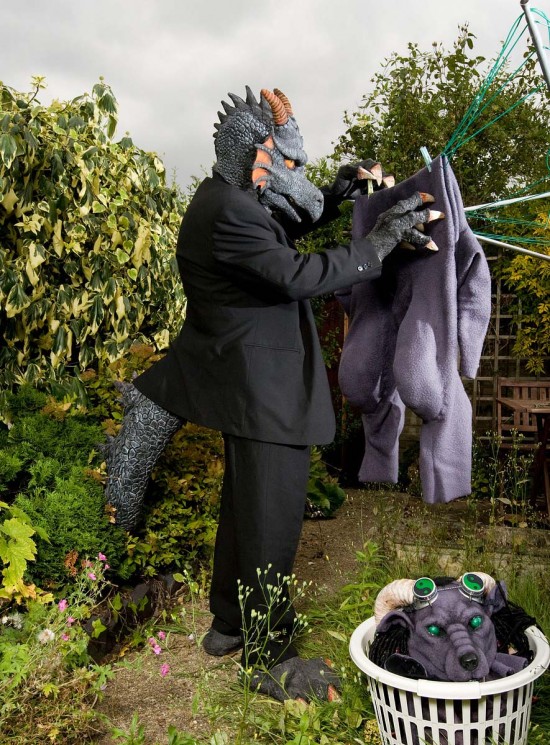 Ashram, a dragon in his garden. Ashram is one of Zuki’s suits. Photograph © Tom Broadbent.