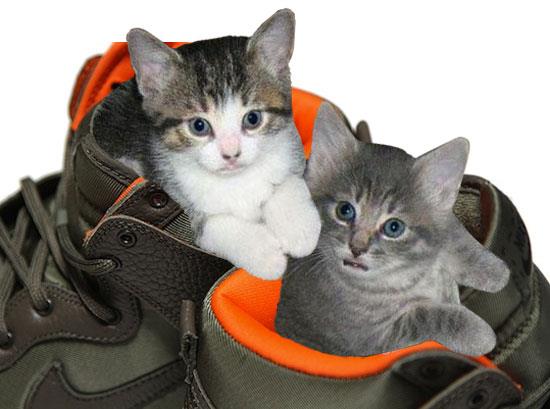 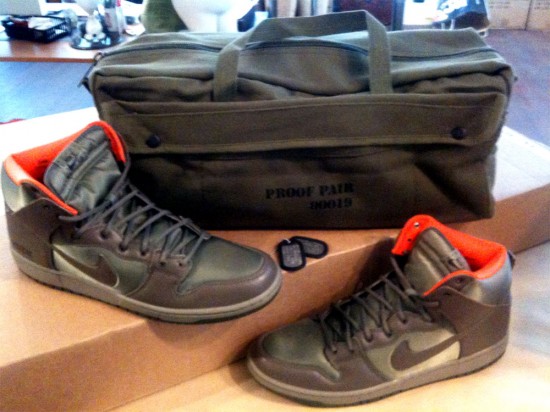 Although the nature of a quickstrike is somewhat unpredictable, Kozik will be selling his artist proof pairs next Wednesday, May 2nd at noon on his website. That’s 25 numbered pairs of Frank Kozik Nike sneakers in special army bags with dog tags for sale next Wednesday at 12PM PST. There will be a spread of sizes 9-13 available. The Kozik kicks are priced at 250 USD. Complimentary signatures upon request. Say hi to Sharon.

I had the opportunity to kick it with Kozik. Here’s the conversation that transpired. 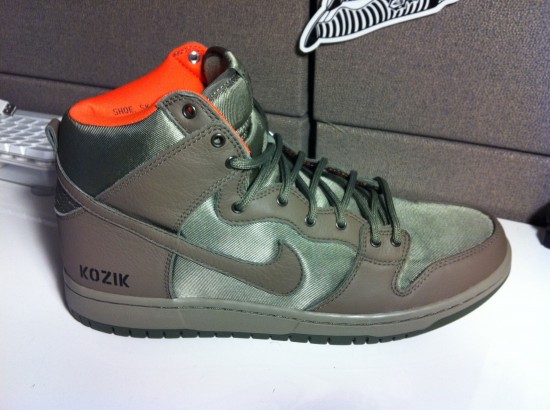 JB: Toy collectors, sneaker collectors and skateboarders share some common cultural ground. Could you say something about your observation of the skate scene over the years? I guess at some point, the mere fact that a company like Nike was making a skate shoe would have been a big deal.

FK: I was around some OLD skaters years ago. I don’t know shit about anything after say 1989 on that scene. For me, the skate aspect has nothing to do with my shoe. SB is the only division of Nike that does ‘art shoes’. Nike main only brands with professional athletes. I, however, love the classic Dunks, so I was quite happy.

JB: I just learned what “Quickstrike” meant. What kind of scene do you expect when these are released?

FK: No idea. I doubt they will riot. I’m ‘obscure’ compared to say an NBA star.

JB: What’s the NBA? (Just kidding.) If you had to live out the rest of your days on a desert island with sneakerheads or with toyheads, which would you select? (Suicide is not an option.)

FK: Probably toy people, since theres a decent percentage of females. Not so on sneaker island. 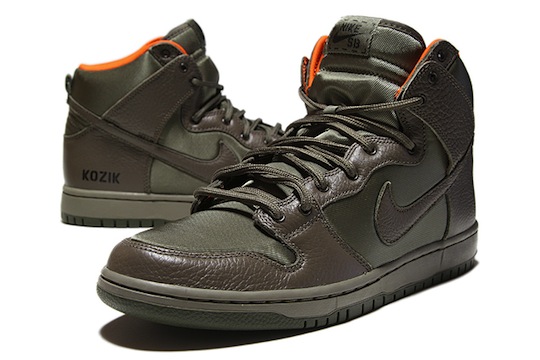 JB: You have a point there. These Nikes are more subtly “Kozik” than the Kozik Suede Pumas sneakers that came with little labbit charms and had labbit soles (souls?). What was the design process like for these, and was it a conscious decision to brand them differently than the Pumas?

FK: With the Pumas, I was very limited as to what I could do. So basically it was a logo slap. On the Nike SB Dunks, I could specify everything. They have cool materials in special colors, brass metal details, paracord laces in special colors, etc. It’s a very high-end release. I wanted to do a ‘shoe’ design and not an ‘art shoe’. Also, when I went to Nike and toured their labs and facilities, I saw their design room. Imagine a huge room filled with EVERY design you could ever think of, and not used. It was humbling. So my goal was to create a design and combo THEY HADN’T ALREADY DONE. I managed to figure out one they hadn’t, and it doesn’t look like a clown shoe either. You can actually wear this shoe, and I like military stuff, so that all works perfectly as well. 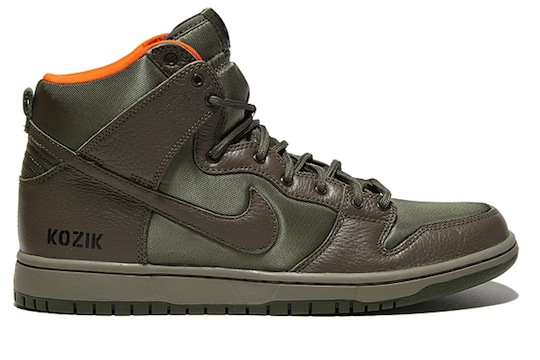 JB: Have you tested these out? How’s the “foot-feel?”? 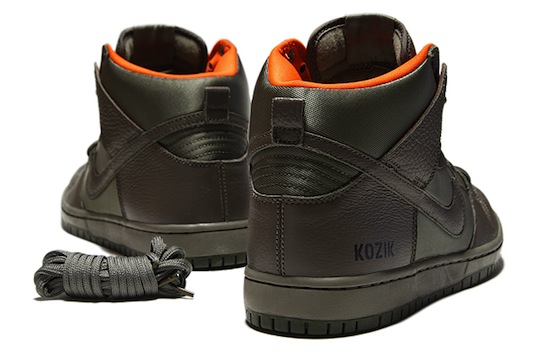 JB: According to a TV commercial I once saw, girls sum up guys based on their footwear. If I was single and wearing your Nike SB Dunks, what would the ladies say? 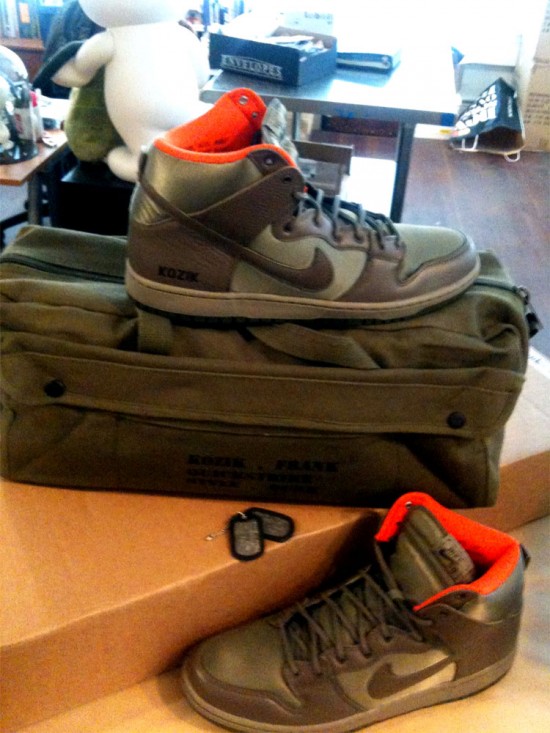 JB: At least they’d be talking to me…Would you consider designing a Frank Kozik line of Crocs?