There are still amazingly inspired ideas being turned into toy art, but you have to look outside the usual companies and cities to find them. Thanks to a tip from my friend Arnold in Manila, I got savvy to FLABSLAB in Singapore. 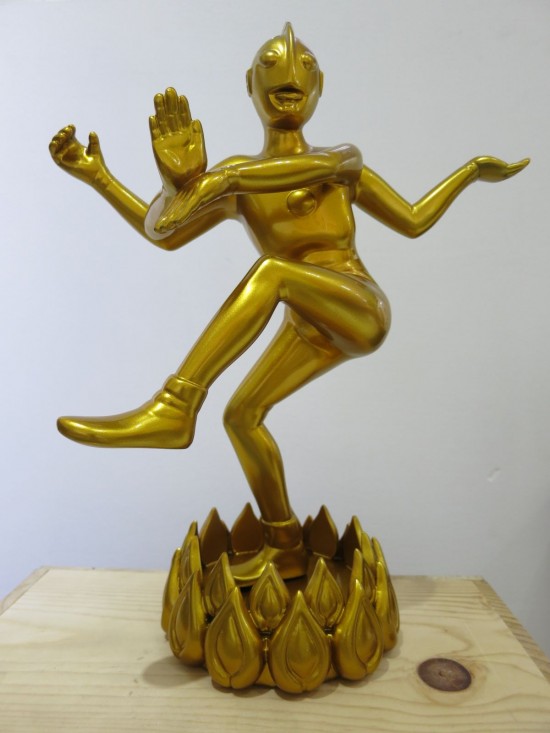 FLABSLAB recently launched Dancing Gaia, a new sculpture in collaboration with young Indonesian artist, Budi Nugroho. Dancing Gaia merges Japanese anime, kaiju and toy art with South East Asian religious symbols. I can’t think of many other toys that fuse these inspirations. Mi2 Studio’s Buddha’s Delight and Doze Green’s Ganesh come to mind, but I’d imagine if you were a participant in both of these distinct cultures, Dancing Gaia would be your version of winning an Oscar. 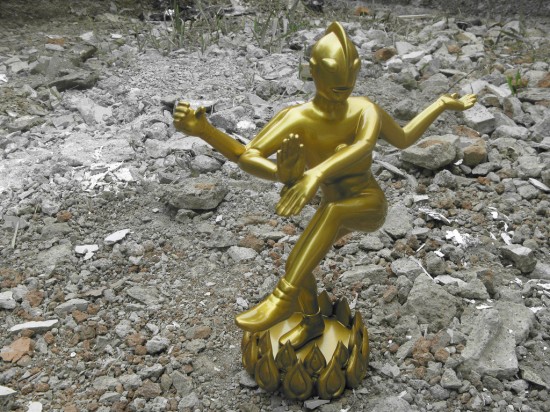 Before Gaia danced, s/he slept (up top) and sat (below). The latter has a fun story. Nugroho created Sitting Gaia in 2011 as part of his interesting “I Like Contemporary, but Contemporary Like It Shiny” series of sculptures. That piece combined Ultraman and Gaia into a contemporary, commercial character who is also (against the odds or in spite of them) a religious relic. Apparently, Ultraman was (in part) inspired by Buddhist statues in Japan. If you’ve ever had the pleasure of meeting San Francisco artist and Ultraman expert, Mark Nagata, it doesn’t take a brain surgeon to figure out what happens next.