It turns out stuffed animals aren’t the only non-traditional medium used by artist, Agustina Woodgate. When her work calls for something more organic than synthetic fur, Woodgate turns to human hair art. In the 2007 Brush Series (above), she replaced the bristles of four hairbrushes with hair from herself, her mother, her grandmother and her great grandmother. The wooden and silver brushes each belong(ed) to that particular family member, blurring the line between the object and its objectifier. 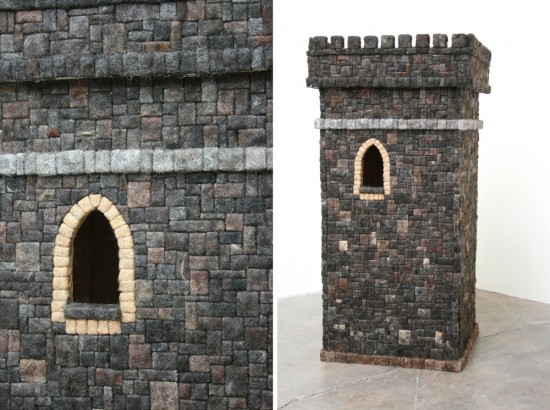 In 2008, Woodgate constructed this Tower made up of “3000 human hair bricks”. How did she obtain enough hair for this project? Glad you asked. 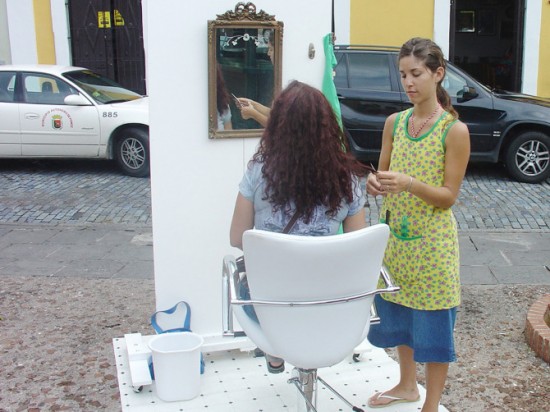 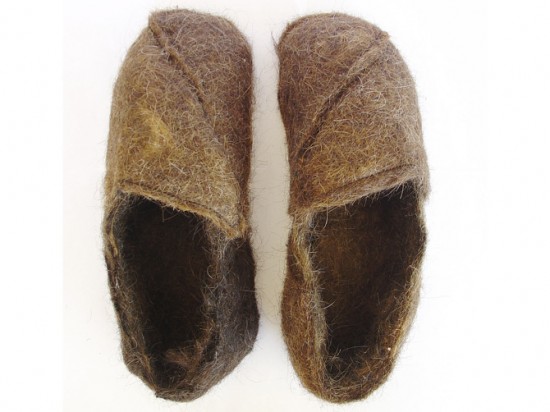 It creeps me out to even imagine putting my feet into these, but then, I suppose that’s part of the artist’s intent. Yes, these are slippers made of felted human hair. It seems like Woodgate has moved on from her “hair phase,” but should she return to it, I’ve got ample curls to donate for the cause. 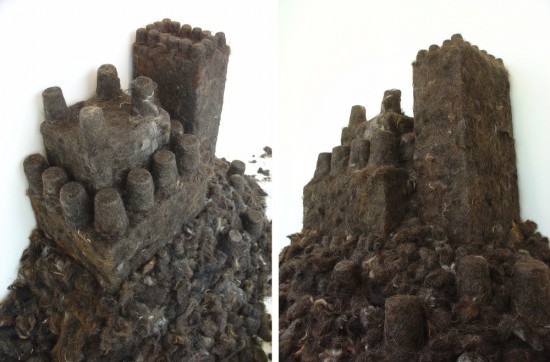 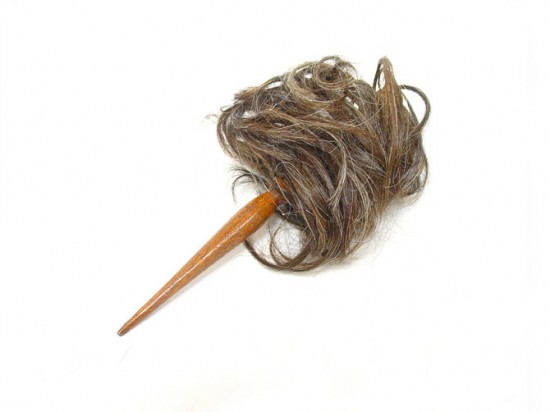 From the Brush Series by Agustina Woodgate 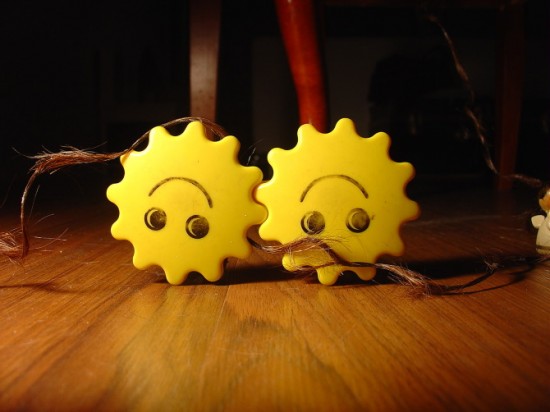