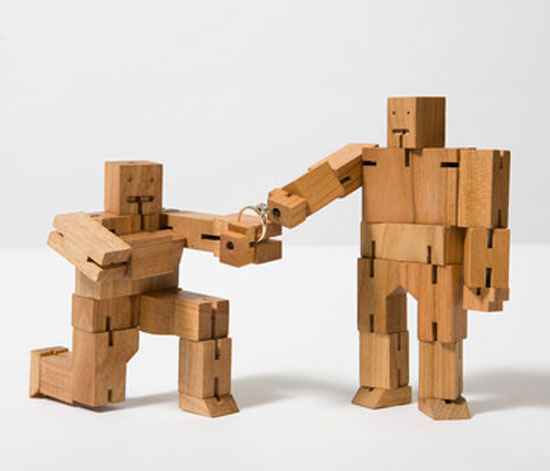 “Robots, believe or not, have feelings. And apparently, they have urges, too.”

The designer flash sale site, Fab.com is currently aiming its cupid-like arrows at gay geeks and Valentine’s Day shoppers, and David Weeks‘ wooden Cubebots are featured. For the first time, however, Cubebots are being offered as a couple. The romantic robots (or “discounted duets”) are even more special because these robots got wood, and they are flaming: Meet Julien & Guthrie. 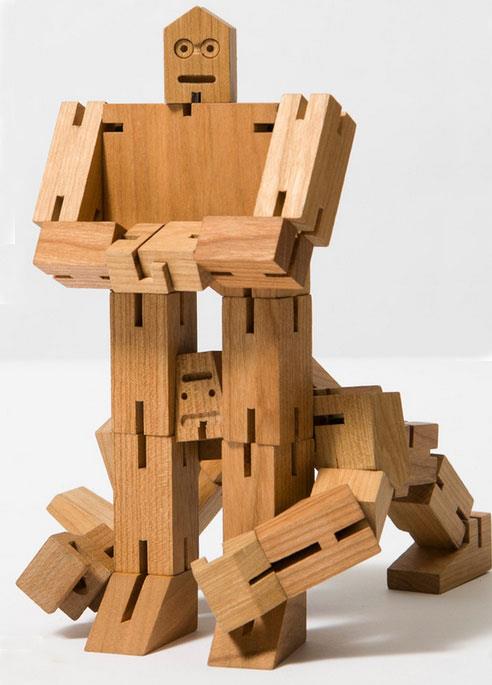 Cubebot, Julien and Guthrie are inspired by Japanese Shinto Kumi-ki puzzles. You don’t really see too many robots giving other robots between-the-legs headlocks, nor do you see a lot of toy robots that join ancient Japanese traditions with contemporary toy culture. 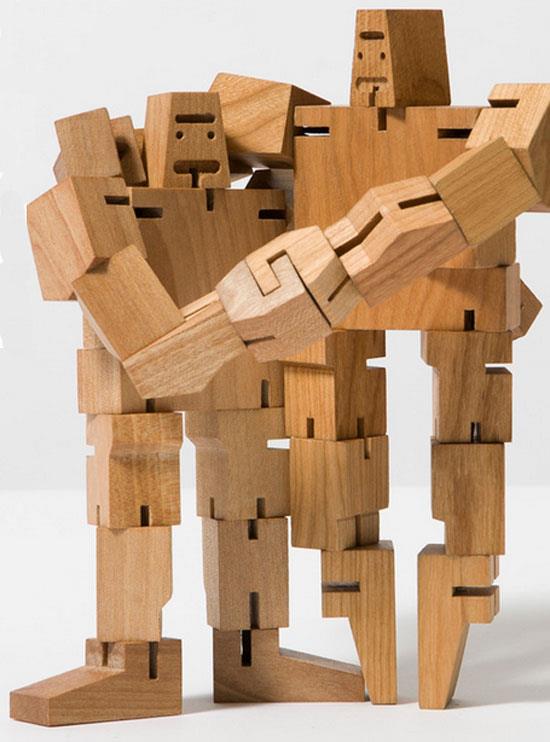 Whoever posed these bots for Fab clearly had a good time doing it. It’s fitting that Cubebots would come out on Fab.com, a site that was originally designed to be a gay portal before pivoting and re-launching as the wildly popular design site it is today. 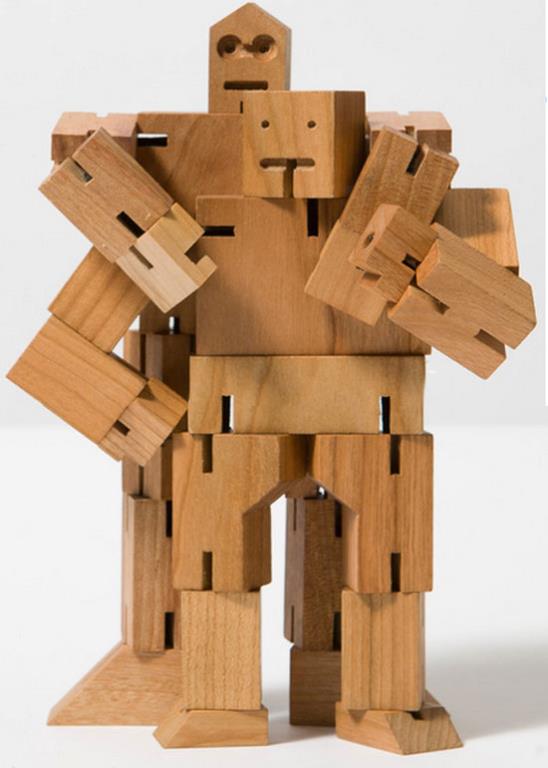 From the product copy:

Their sturdy hardwood frames can hold hundreds of poses and when playtime is over, they each neatly fold up into unassuming cubes. 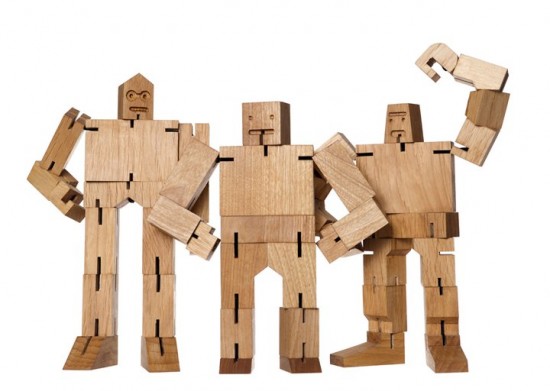 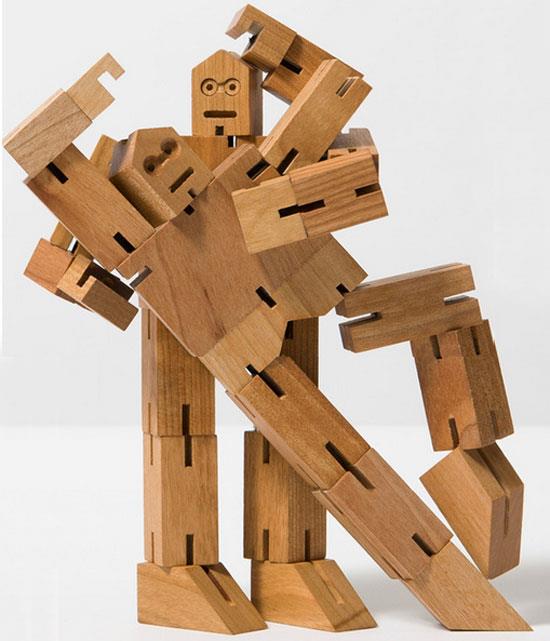 Julien is always fainting. Such a drama queen! 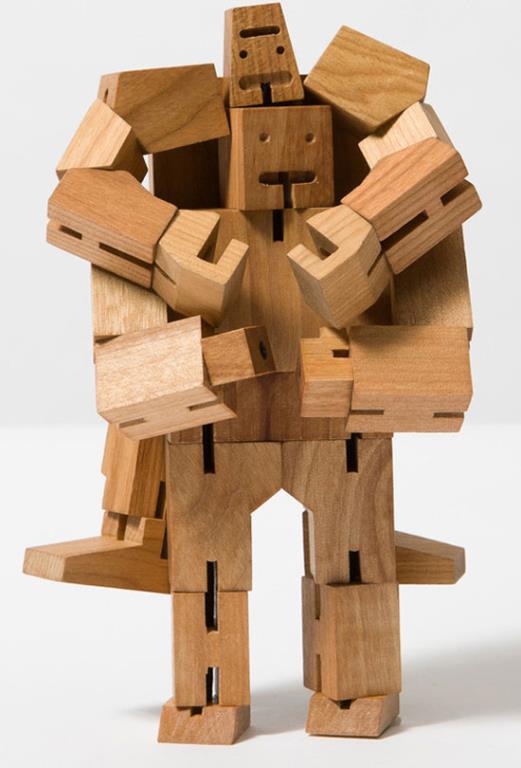 Hey, where you going? Weren’t you meaning to go buy some Cubebots on Fab.com? It’s like only $50 for the best gay Valentine ever! 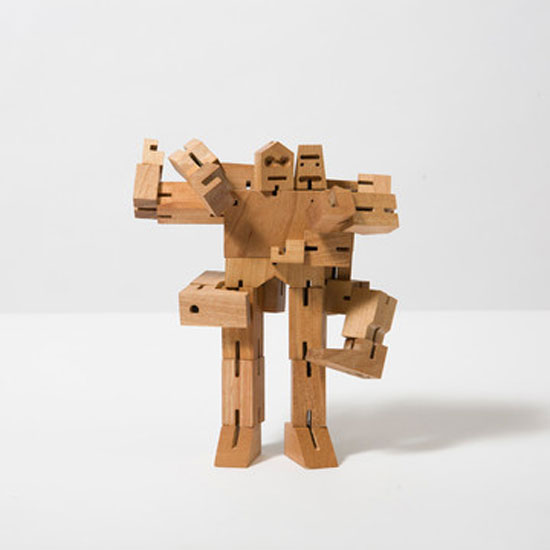