Settle in for a little lesson in history, kids. Have you ever wondered why Ron English‘s character, Mouse Mask Murphy (above) wears Mickey Mouse gas masks? Major Robert D. Walk who served as a Weapons of Mass Destruction Individual and Instructor Training Officer at the US Army Reserve Command explains everything courtesy of the very interesting Gasmasklexikon blog. 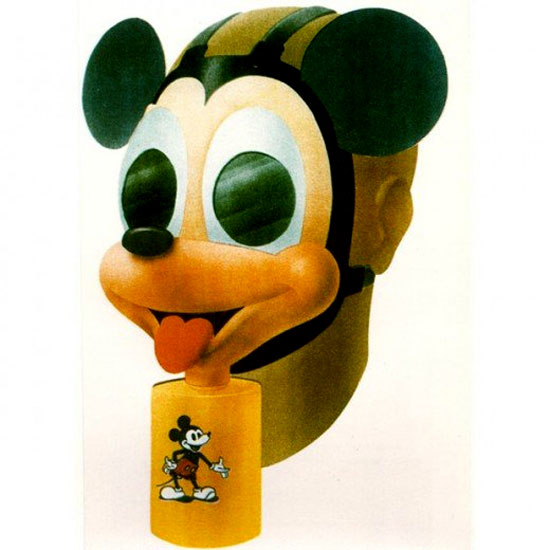 On December 7, 1941, the Japanese attacked Pearl Harbor. By early 1942, the US military was fighting a losing battle on all fronts and fears of saboteurs and submarines attacking the US were high. A critical need existed to protect the civilian population, but no gas masks were available for children. One month after Pearl Harbor, T.W. Smith, Jr., the owner of the Sun Rubber Company, and his designer, Dietrich Rempel, with Walt Disney’s approval introduced a protective mask for children. This design of the Mickey Mouse Gas Mask for children was presented to Major General William N. Porter, Chief of the Chemical Warfare Service, and it was approved. 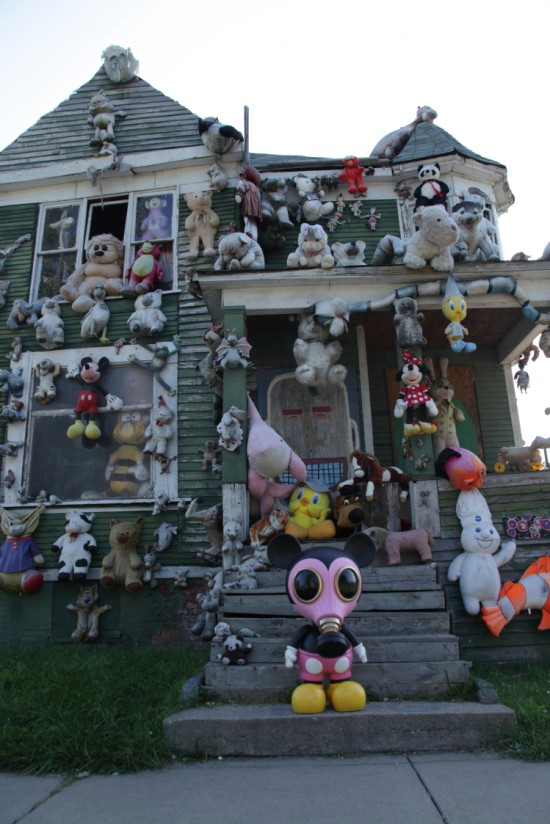 The mask was designed so children would carry it and wear it as part of a game, thus reducing  the fear associated with wearing a gas mask and hopefully, improving their wear time and, hence, survival. Ultimately, the Office of Civil Defense bought the M2 Noncombatant Gas Mask for small children to protect them from chemical agents. In tests, with proper coaching and good salesmanship by the leader, young children could be induced to wear the gas mask for extended periods. 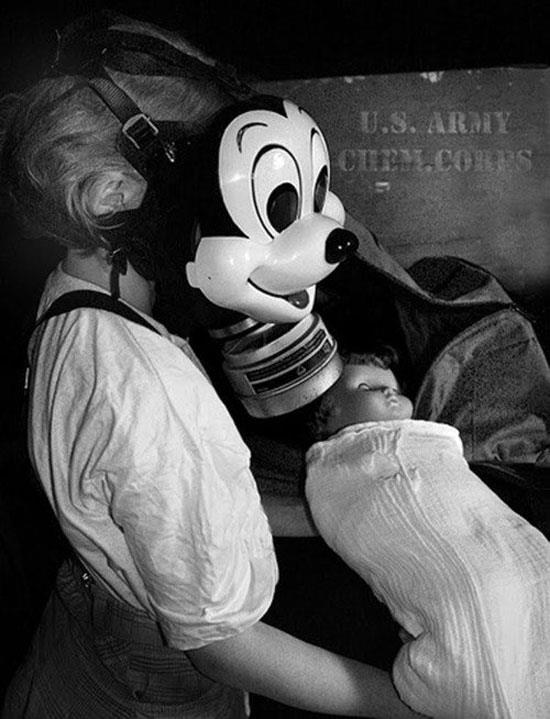 The Sun Rubber Company produced approximately 1,000 Mickey Mouse gas masks and earned an Army-Navy ‘E’ for excellence in wartime production in 1944. Overall, production of the Noncombatant Gas Masks (and in fact, all gas masks) was one of the most successful production programs of the war. Thankfully, no chemical attacks occurred in the United States. Mickey Mouse Gas Masks were distributed to senior officials and others during the war as keepsakes. When the war ended, further desire for the mask vanished. It became an old idea whose time had passed. 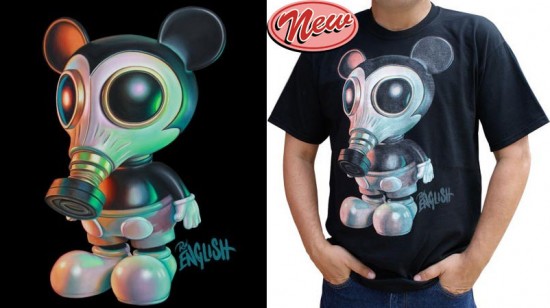