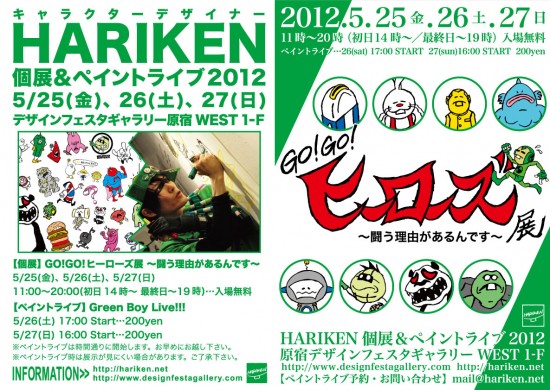 Of all the times to be 7,500 miles apart! This weekend in Tokyo, Hariken, my brother in green, is releasing his new Blitzgon vinyl, previewing his upcoming gachapon toys called BuraBura Banira, Kurimusoda version (Bobbing Vanilla: cream soda version), and he’s doing live painting or as he puts it: a masked artist with marker bandoleer show. 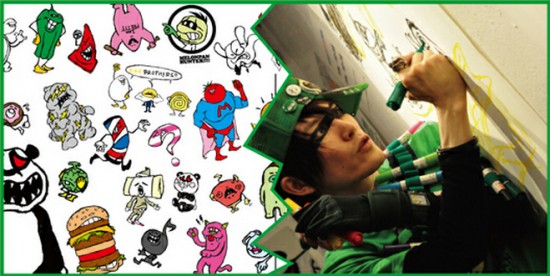 The BuraBura Banira capsule toys come with a keychain loop in seven ‘flavors’ : melon, cherry, orange, blue, peach, lemon, and coffee. Mike the Fireman translates: “Their legs are suspended in a hollow chamber so it looks like the ice cream dude is floating with his legs bobbing around, which tink against the ‘glass’ when moved around. Each strap comes with an episodic comic as well.” They’ll be released in mid-June and can be found in Gacha machines across Japan, and according to Mike the Fireman, “200 yen a pop is a great deal by gacha standards for something this intricate”. 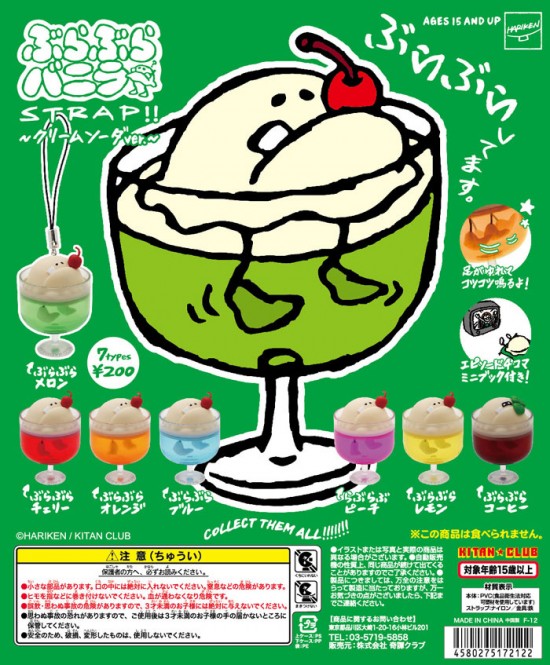 The weekend’s events will also see the release of Hariken’s newest sofubi figure. Blitzgon is in scale with Hariken’s previous vinyl Mad Panda, and it’s produced by Monstock. I think the “Marvelous Hero” edition of Blitzgon will be available during Hariken’s marker bandoleer show for ~ $90 USD. 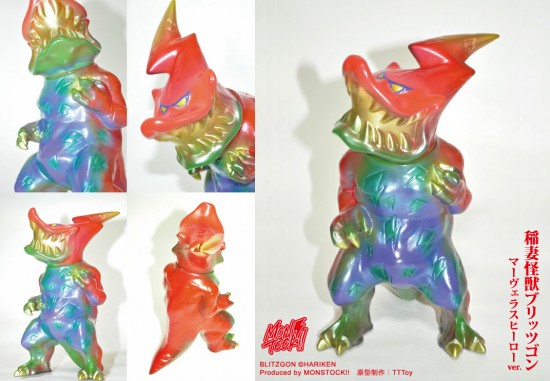 Hariken will be live streaming his performance later today (early tomorrow) at 1AM PST (May 26th officially). Click through for a little preview video. Congrats, H!