Frank Kozik is “bringing out the gimp” one more time. This update on the classic Labbit slave comes with an actual collar and leash, plus what Kidrobot saucily refers to as a “very special hole in his zippered mouth”. Oh behave! 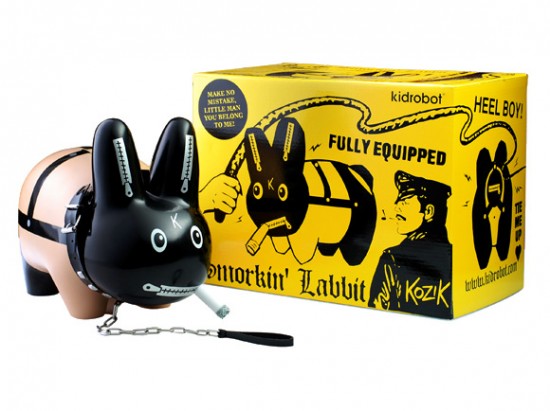 The new 10-inch vinyl Smorkin’ Bondage Labbit (edition of 1,200 pieces priced at $75 each) features the 2012 glossy finish as seen here. They’ll be released on March 22nd at Kidrobot stores and retailers with a signing appearance by Kozik at KRSF on March 24th.

I’m digging this Labbit; my only issue concerns the signing location. For last month’s Choice Cuts Labbit release, Kidrobot set the scene in an actual butcher shop. I think KR should have reserved a dungeon for this release, right? Ah well…next time. See you on the 24th! 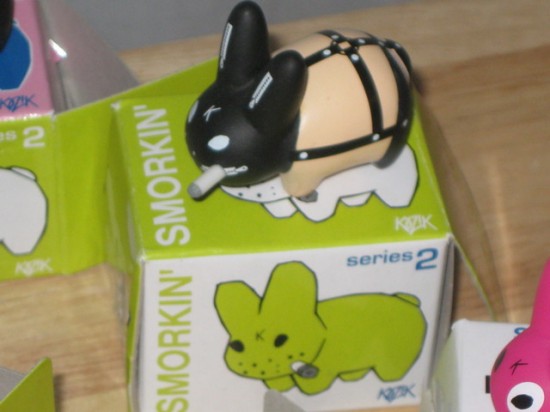 Mr. Kozik’s interest in bunny bondage began back in 2006, with this variant mini-figure from Series 2. 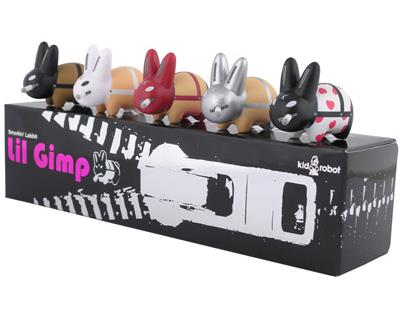 The following year, 2007, saw the release of an S&M-themed set of mini-Labbits called Lil Gimp. 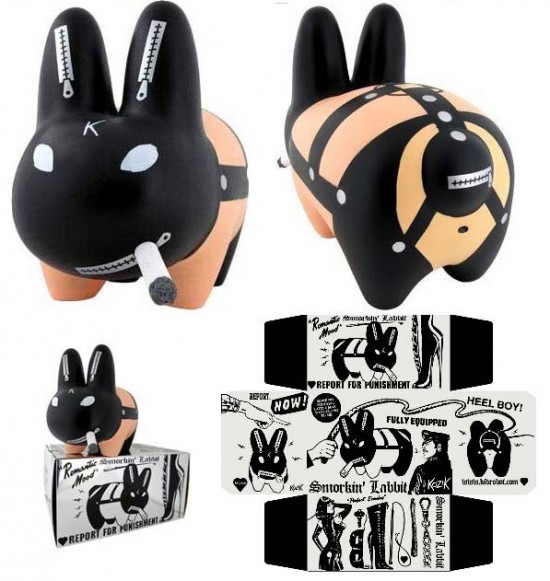 I think it was 2008 when Kozik released the first 10-inch full-size Bondage Labbit. The 2012 update differs in its glossy finish, collar/chain accessory and “cute” eyes.