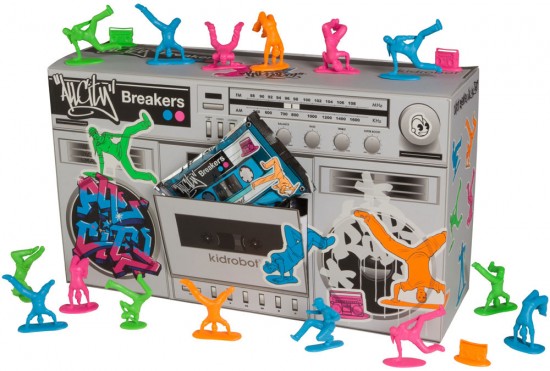 I’m digging these throwback All City Breakers by Kidrobot. It looks like there’s about 16 different variations of B-boys and B-girls in neon-colored, injection-molded plastic. It’s sort of like if little green army men found a Bill & Ted-like time machine in the jungle that took them back to 1970s New York where they went AWOL over hip-hop. (It’s much better than this fate, isn’t it?) 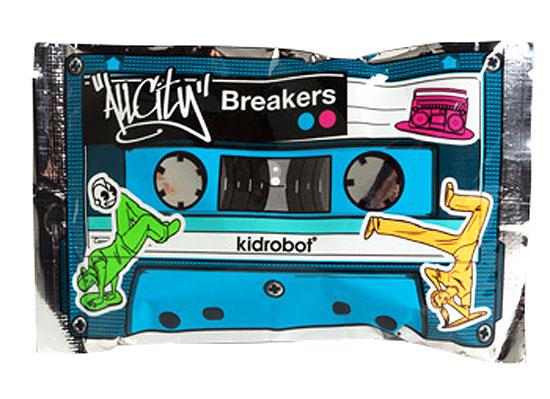 Other positives: They’re cheap at $1.95 each, which makes the blind-boxing less of a bitch. On a similar note, with figures styled like this, duplicates aren’t necessarily annoying. The ideal display for All City Breakers is in a group. And speaking of blind-boxes, it looks like they’ve done away with boxes for this release, which is good and “green”. I’ve always thought KR’s packaging was a little excessive with a plastic bag inside a foil bag inside a cardboard box. Bonus points for making the package a cassette. 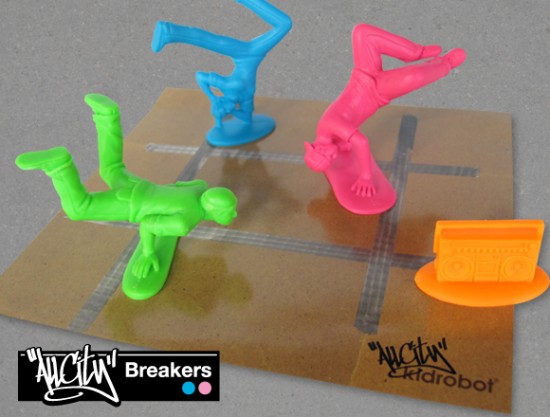 The only thing I would have done differently would have been to release this earlier on in the summer season. All City Breakers will be available at Kidrobot online and at the usual retailers on September 15th. May I suggest you pick up a tube of real dirt from The Bronx or Queens so that your B-Boys and B-Girls will feel at home when they arrive?