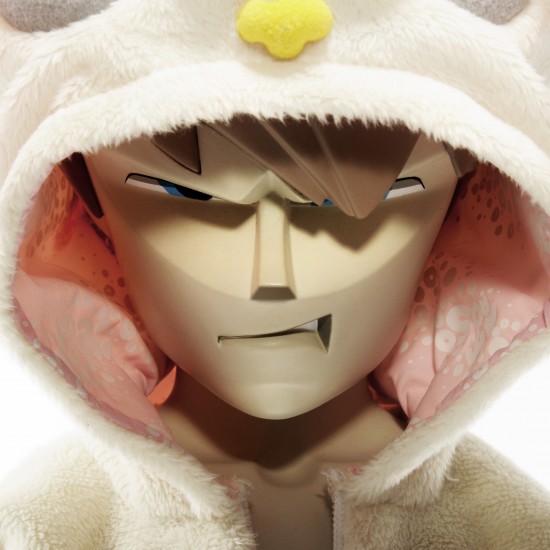 I met Mark Landwehr at SDCC ’10. A few months later, I approached the busy German-born, Hong Kong-based toy designer about doing an interview for Design Bureau. We started corresponding in the Fall of ’10, and the resulting story was posted online and published in print this past March ’11.

Mark provided a bevy of insight into coarse toys too vast for the confines of my printed Toys by Design column. He also wrote eloquently. One of my favorite quotes: “We could never clamp and wire a noop, that has a story, emotions and a history, between two blister shells. It would actually be sad to see.” Watching the latest release once again sell out this morning, I thought now was a good time to post the complete interview here. Enjoy. 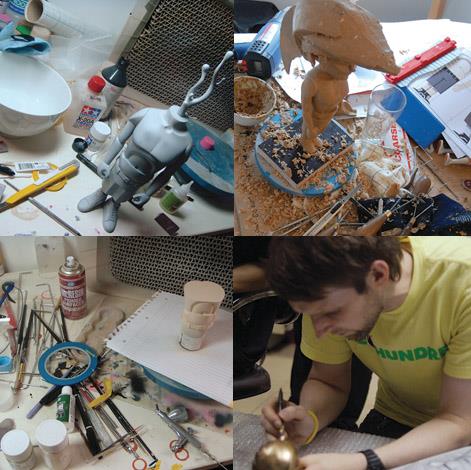 JB: How did you meet and start coarse?

ML: In 2002, I started a new sculpture called “flake and fluid”. Back then, I didn’t have access to the internet or any clue that something like “art toys” existed. It was the same year as Kidrobot started. I guess I got inspired by Be@rbricks I saw during a trip to Japan earlier in 2002. After months of sculpting, resin casting, painting and sewing clothes, I took a couple of photos which were published in “Lodown” Magazine. One issue found its way to Vans headquarters in California. They contacted me and supported the production of our first release one year later.

Even though I learned a lot, the first production was very difficult and a big loss in the end. I lost all the money I had saved by then and was pretty much broke. Even though I really enjoyed it, I couldn’t continue. 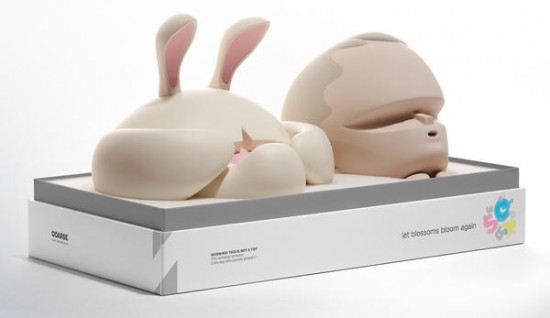 A few years later, I was working as an art director, and my agency sent me to their Hong Kong branch which they had recently opened. Since the so called “vinyl toy movement” had got bigger in the meantime, I began my second attempt. This 1:3 pain figure was a great success.

Sven and I used to work in the same company, and we have known each other for quite a long time. Sven joined coarse in 2007. 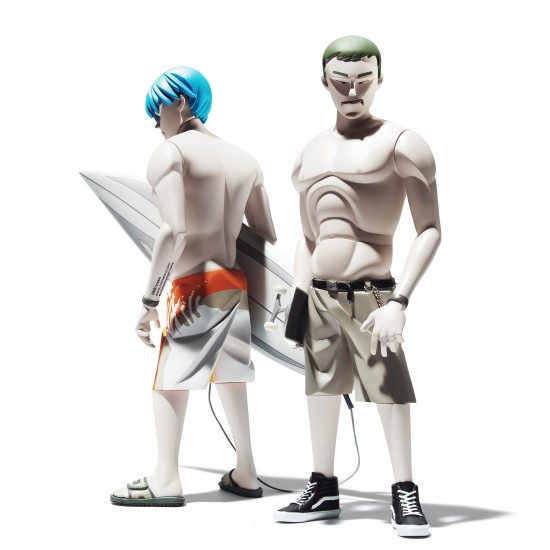 Is the name “coarse” related to whittling the figures out of stone?

Haha, nice idea, but no…The name “coarse” is actually a contradiction to the smooth finishes that our figures have. I like these kind of paradoxes. Also I liked that it can also mean callousness, a quality that many of our characters convey. 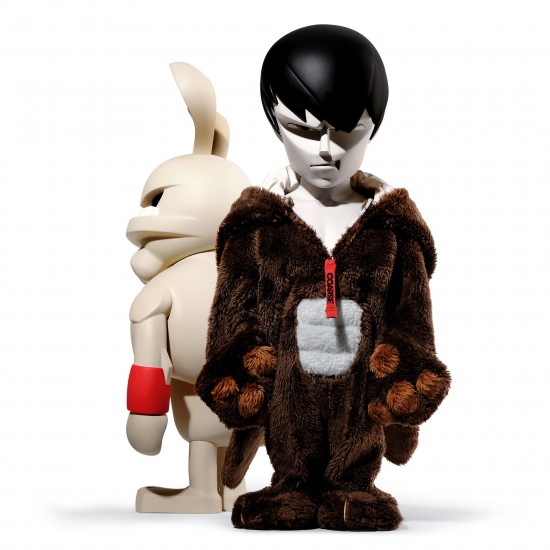 What are your backgrounds?

While Sven’s background is in drawing and comics, I have done lots of painting, sculpting, airbrushing and photography from my early teenage days. We have both worked extensively in product and graphic design to pay our rent. 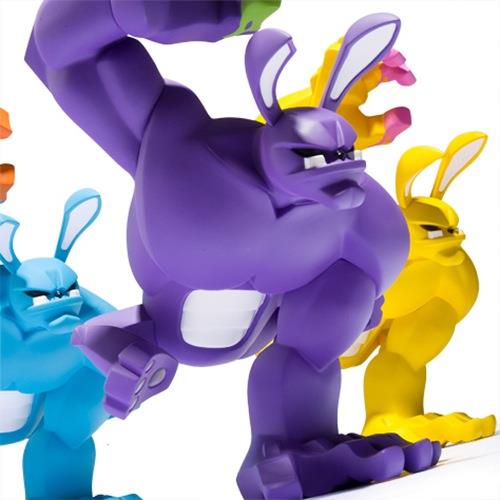 What is your passion/driving force to create these art objects?

Self expression. I’ve always liked creating physical objects because the creation of an art piece is different to working as a graphic designer. In a way, the work for coarse is very personal and emotional to a large extent. Art affects the people who experience it, and once they begin to engage with it, they start interacting emotionally.

On the creation side, it’s the same kind of thing. At a certain point, you become emotionally connected to a new piece of work and the interaction leads you through the process of creation. I love the challenge of making pieces that are as emotional as possible, and, at the same time as much “me” as I can. 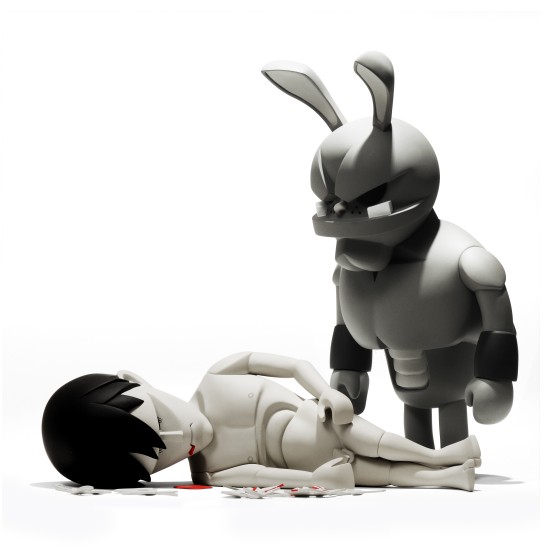 Figure sculptures can be experienced on different levels. On the one hand, they are pure shapes containing lines, edges and surfaces, but at the same time they have personality, emotions, a story and feelings. An interesting challenge.

Art needs depth – otherwise it is trivial and dead. 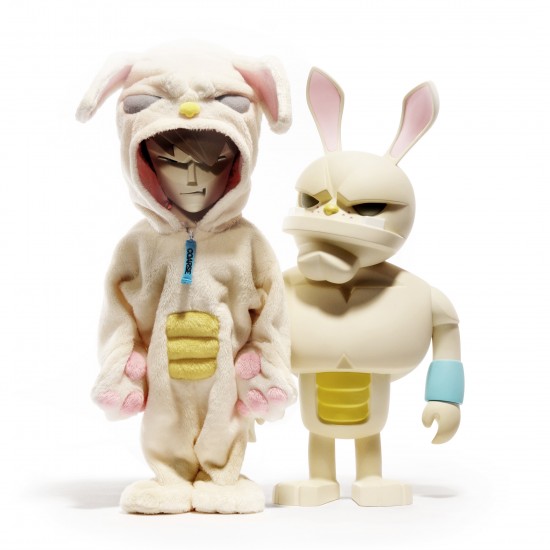 Can you walk us through the process of creating a noop and paw figure set?

Sven and I both bring together our ideas for new pieces. Our works either capture a moment in the lives of our characters, visualize the relationship between them or continue the story. We start with ideas, sketches or collages of existing resin parts. Once we agree, the figures are refined, usually in our Hong Kong studio. The first piece is always made by ourselves, from sculpting to the finished cast and painted figure. Overall it’s a dirty and dusty handcrafted process. 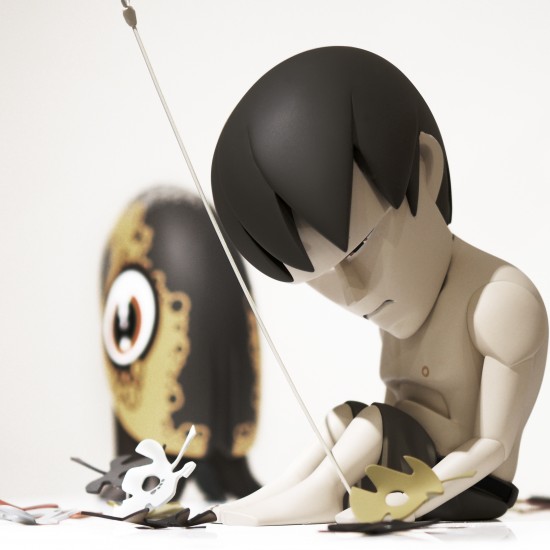 Once we have several original pieces ready, which we usually show at exhibitions, we decide on one to take into production. The manufacturing process needs between 6 -10 months and is much more complex than people might think. It’s a constant compromise between technical limitations and getting the best possible result. We put a lot of effort into our productions and carefully accompany the process, personally taking care of every detail from the moment the tooling starts to quality control of each and every piece. We want the moment that people bring a coarse figure into their homes, the experience of unpacking and discovering the figures, to be to be fulfilling. We believe that this can only be achieved if the they are shipped in a condition as perfect, flawless and holistic as they can possibly be. 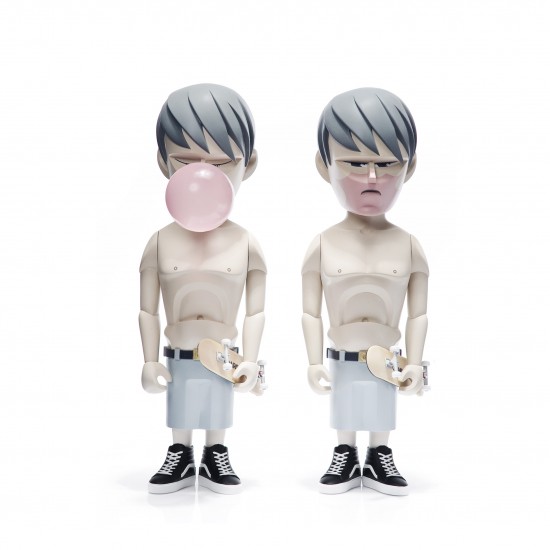 What is it like working within the two cultures of Hamburg and Hong Kong?

The lifestyles in Asia and Europe are extremely contrasting, but we think that when you find a way for them to coincide, the result is rich and bursting with possibility. The effect of this merged culture definitely manifests itself in our work. A fusion between the cute and jaunty side of Asia, and the serious, clean and straightforward aesthetic that Germany is known for.

We are happy to be able to call both worlds our home. We are Western but luckily collectors in Hong Kong, China and Asia accept us as part of their world as well. Luckily we have lots of friends and collectors in China, Japan, Taiwan and other Asian countries. 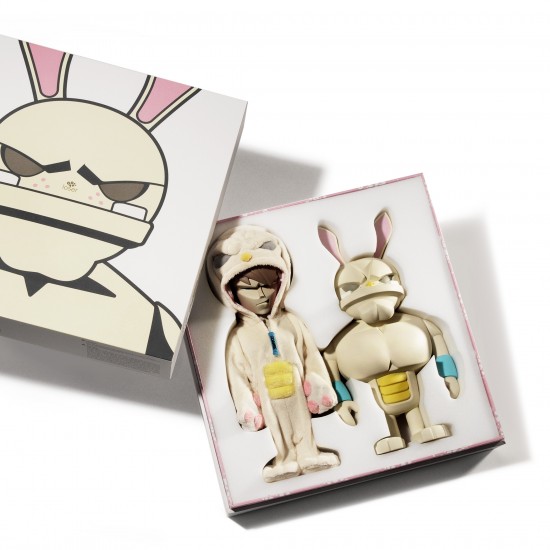 What or who inspires you?

Sven likes David [Lanham]’s work a lot. Personally my preference is somewhere between Jeff Koons, Takashi Murakami and Nara Yoshitomo. But all that inspires me is the uniqueness of all these artists.

For me, coarse has two sides. One is visual appearance. Even though the figures are hand sculpted they resemble vector works – smooth lines, edges and curves. The other side is the emotional side, capturing human feelings, emotions and desires. coarse is about the search for love, friendship and acceptance. The message is a concise and concentrated representation of life and death, in all of its miseries and brilliance. 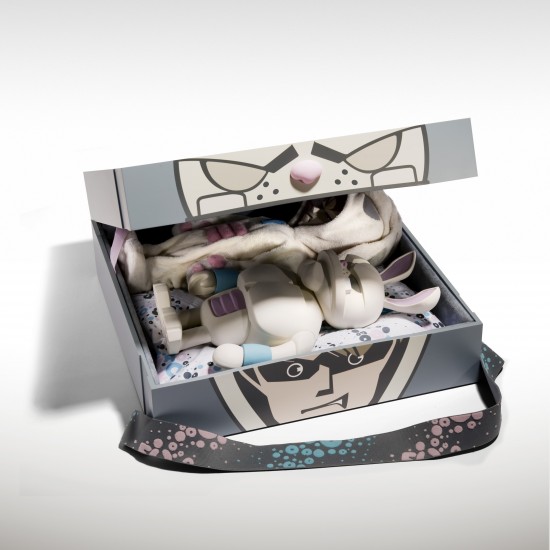 Can you say a bit about the importance of packaging design in your releases?

Somehow the fact that coarse is renowned for its packaging came naturally. The characters are part of our lives and the process of making them takes months, sometimes even years. We could never clamp and wire a noop, that has a story, emotions and a history, between two blister shells. It would actually be sad to see. 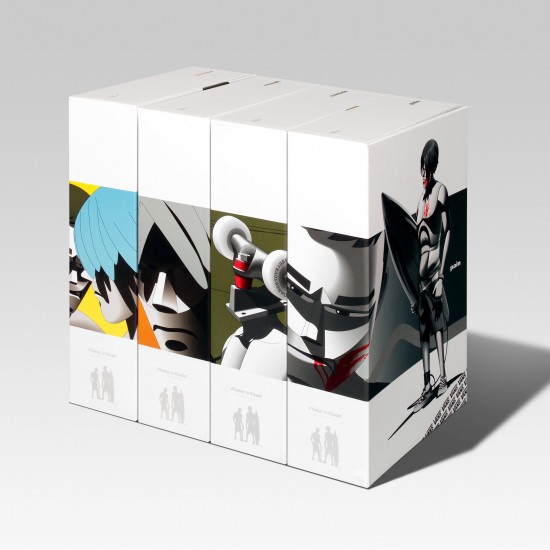 We want our figures to become part of peoples homes and lives, and we believe that the package and unpacking process is very important to set the tone. Each release is in fact very personal, and we want people to experience how much they mean to us too. 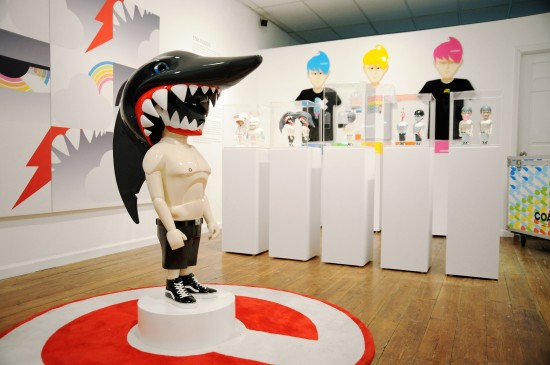 Now that your show at Rotofugi has passed, what’s next for coarse?

Our “glimpse of truth” exhibition from Chicago has landed in Paris, where we will display it at Artoyz soon. The next major exhibition for us will be in Tokyo accompanied by some releases in 2011, including our first collaboration in all these years. We love Ashley Wood’s work and are super happy about the upcoming release together with him. 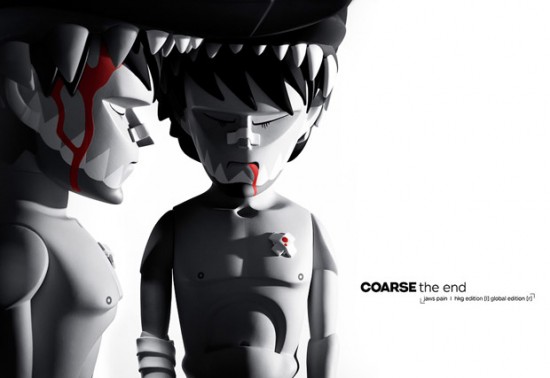 Thanks Mark. For more of coarse toys, see: http://www.coarselife.com.