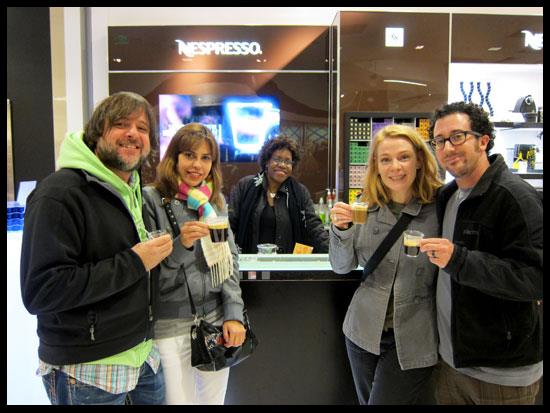 Carlos Enriquez-Gonzalez is a Venezuelan artist who makes, among other things, 9-foot tall vagina monsters. His girlfriend, Ivanova Clement, is a Jungian analyst. (I couldn’t make this stuff up.) Carlos and Ivanova were briefly in San Francisco following a trip to Tokyo. Before meeting them, I wondered: what does one ask the maker of The Magical Vagina? I briefly worried that I might develop adult-onset Tourettes and say highly inappropriate things. I checked Carlos’ MySpace page, and felt relieved that if things got strange, I could hijack the conversation into a discussion about Ian Curtis.

Of course, none of that was necessary. Carlos Enriquez Gonzalez is open, engaging, well-spoken and distinctly down-to-earth. We caught up with Carlos and Ivanova for a night that included a trip to Bed, Bath and Beyond and a round of Nespresso at Bloomingdales. 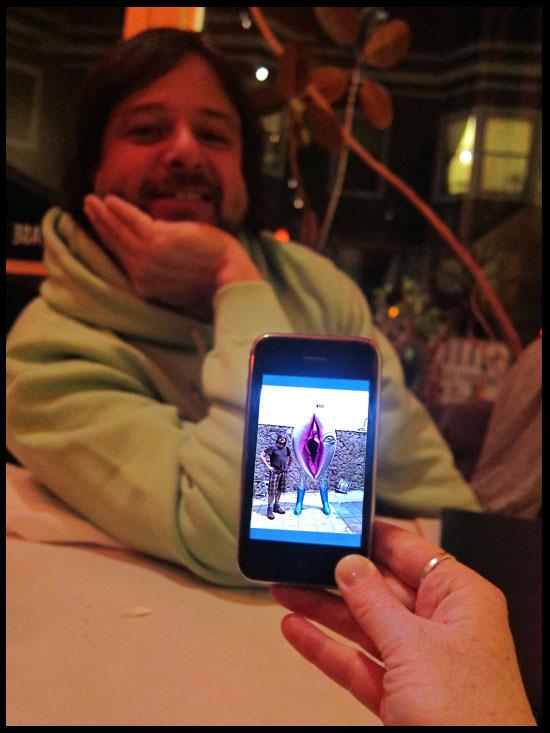 You could say an evening of linen-shopping, coffee-drinking and pasta consumption is pretty normal. But throw in a companion who fabricates fiberglass genitalia and one who studies the attitude of the ego and you’ve got yourself an adventure in surrealism. Over dinner, we talked about art, politics, psychology and being included in Jeff Koons’ personal collection. Greta later reflected:

“I don’t think the word ‘vagina’ has ever been said more times outside of a gynecologist’s office.”

I’m in the process of transcribing the interview, and I can confirm that. 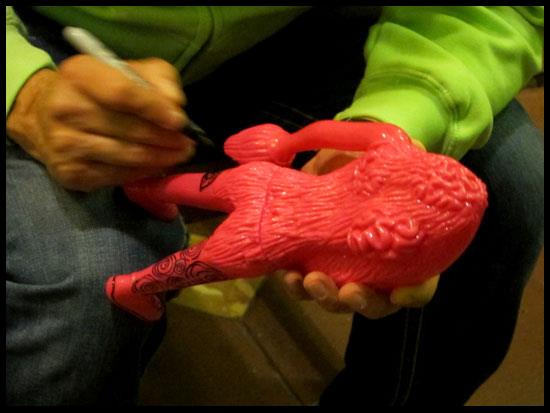 After dinner, Carlos very generously bestowed upon me his marvelous Hierophany vinyl. There is seriously nothing else in my collection like this piece, and I’m extremely honored to have it. With a Sharpie borrowed from the hotel’s reception desk, Carlos carefully customized the piece with eyes and swirls. It’s a one-of-a-kind, alright! 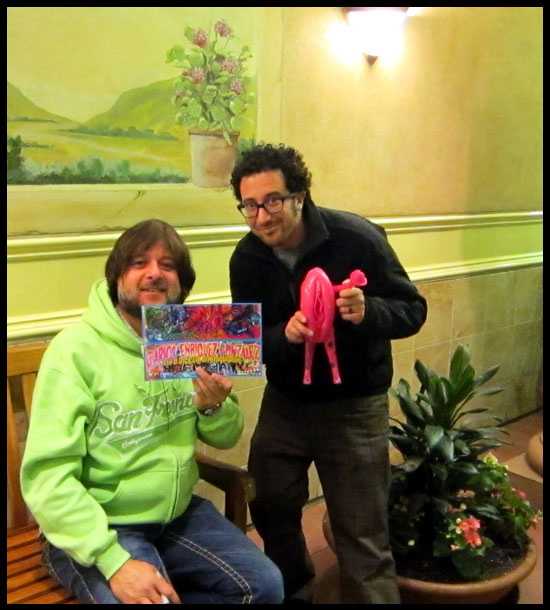 Yep, just two guys down at Fisherman’s Wharf hanging out and drawing on vaginas. Another night in San Francisco! 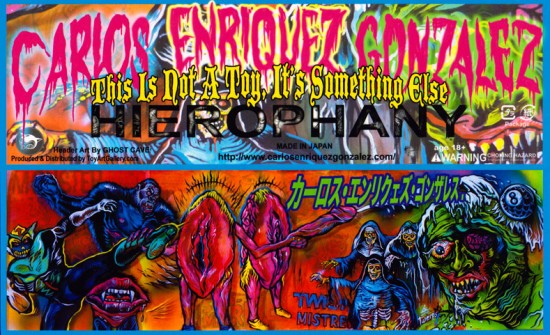 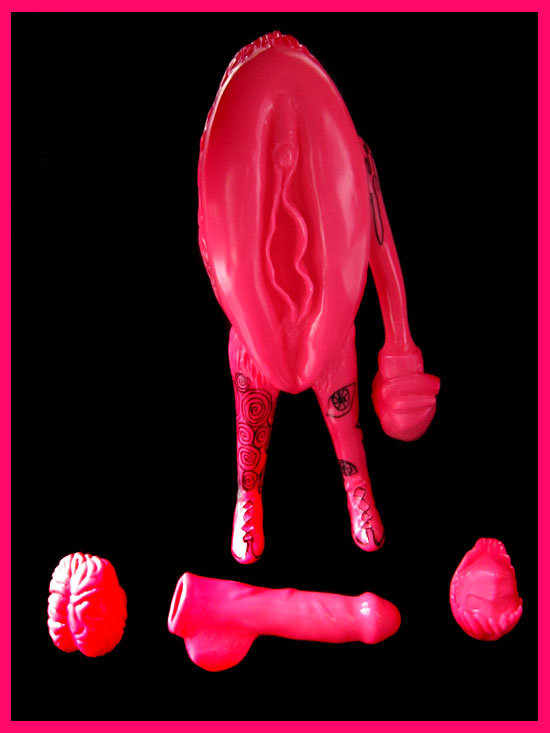 Here she is, complete with her four optional attachments. After attaching the penis to the vagina’s arm (like you wouldn’t), I decided things had gone from pink to blue, and backed out of the change. Carlos signed the header to his “good friend from San Francisco, Jeremy,” and I feel like a good friendship had indeed begun. Thank you, Carlos! Look out for an interview and hope to see you again soon!