In April of 2009, three years after beginning the YHWH project for Mark Ryden, sculptor Dave Pressler posted a series of blog posts detailing his experiences creating the figure. Of particular note is the April 9th posting, entitled “What about the ears and the girl?”

The girl was going to be challenging. Mark has mastered a very specialized female characterization of his female subjects. Capturing the subtleties was going to be hard.

The tutorial continues in “The head the face the eyes,” followed by “What about the body?” Even though the girl figure was central to the Ryden painting (above, left), and it was even echoed in the Brian McCarty photograph (above, right), artist and sculptor could not come to agreement on the details. So, much like the Drew Barrymore bio, this was a case of Little Girl Lost.

Now, Porterhouse is releasing a follow-up to the O.G. pink YHWH in black and white. The figures are cast in black and white vinyl with inset, high-quality eyes, and come in an elaborately designed, gold-embossed box. Each figure is hand signed by Mark Ryden. Also included is a certificate of authenticity and a special, numbered mini print.

I think these look pretty dynamic in B&W. I do wonder, however, why the seemingly necessary girl figure was scrapped because it couldn’t achieve the painterly image, yet it’s OK to recreate the image itself to accommodate additional colorways.

Other curiosities include the meeting of Mark Ryden and Katy Perry (below). Surely, she will jump online and buy herself a set. These can be yours, too, for $500 a pair as of Monday, December 6th, 2010, at 8am PST HERE. 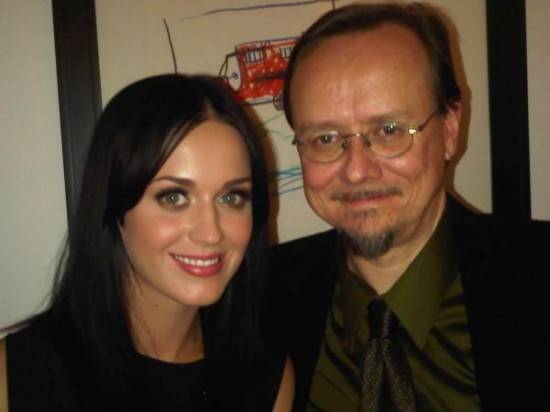