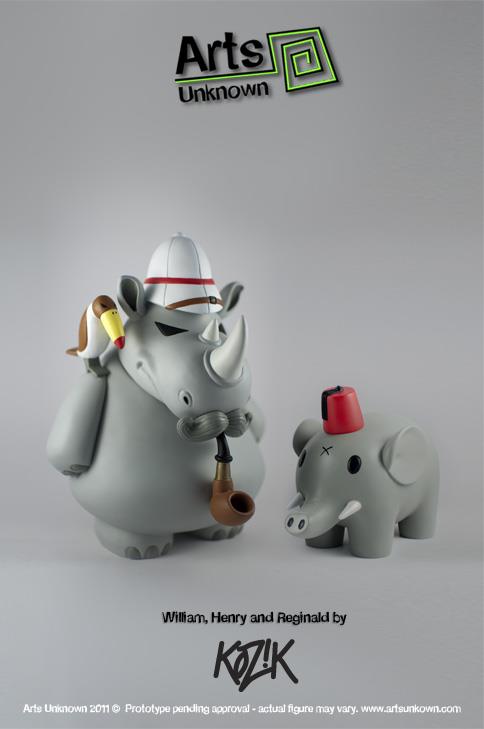 Frank Kozik just slipped me this photo of painted protos of his upcoming figures with new UK-based company, Arts Unknown.

In the chronicles of exploration, few feats match Lord William Fitzpatrick Smythe’s adventures into the vast unknown heart of the blank space known as Inner Lemuria. Follow him, and his faithful retainers Reginald ‘Mamoo’ Withers and Henry ‘Hop’ Newtsbridge, as they discover the mystic and ancient ruins of La-Er.

Sir William is the eccentric Victorian Gentleman Explorer and Reginald is his fez-wearing Valet. Henry is the Tickbird. The characters have existed with Kozik for several years, and will finally debut at the end of 2011. “There will be at least six colorways,” says Frank who loves the elephants.