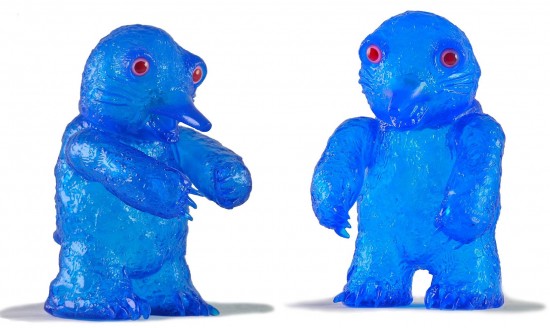 Well, they did it. At least twenty-four people wanted to see Bob Conge‘s Molezilla character made in vinyl, and they raised enough money to do it. All eyes will be on this figure, which makes its debut in clear blue at SDCC 2011 in Dragatomi’s booth #4935. Afterall, this IS the first “made-in-the-USA” Japanese-style vinyl, right? 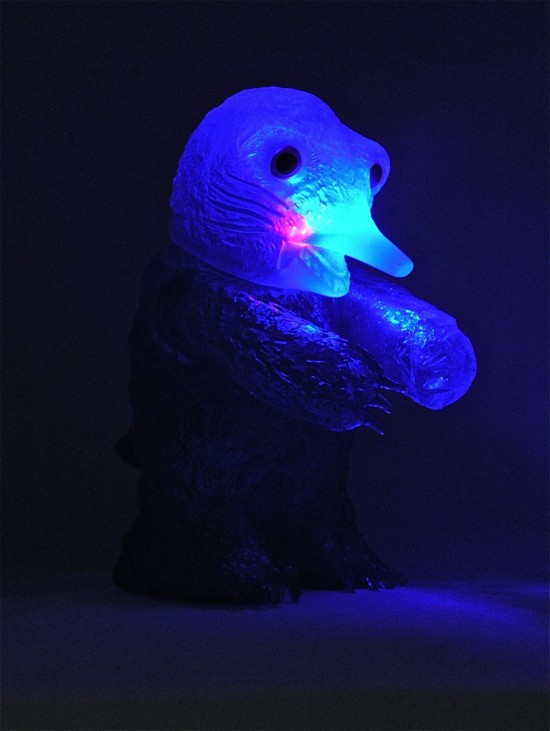 The 7-inch tall Molezilla has pink inset eyes and an internal motion activated LED unit. It’s available in a limited edition of ten signed and numbered pieces with a full-color header card and a back-story sheet.  The figures were made in LA by Veracious Vinyl and cost $90 each. I’m excited to see how this looks and feels in person.