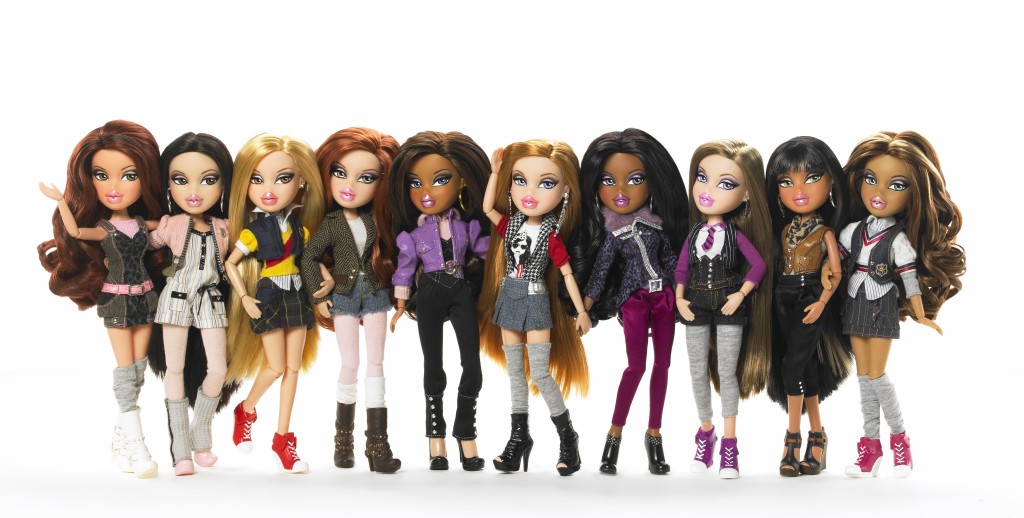 Don’t click your back button; you’re still on the right blog. While I wouldn’t ordinarily post something about the “upwardly mobile, dolls of color” series known as BRATZ, an article in the LA Times caught my eye:

The head of the world’s largest toy company took the witness stand in federal court again on Wednesday to testify in the contentious court battle over who owns the Bratz doll line.

The copyright infringement case centers on whether Bratz maker MGA Entertainment stole the idea for the pouty-lipped, big-headed multi-ethnic girls from Mattel. The idea for the dolls was brought to MGA by creator and former Mattel employee Carter Bryant, who said he came up with the concept in Missouri when he was on a break from working; Mattel claims that Bryant came up with the idea when he was its employee. A 2008 jury in Riverside sided with Mattel and awarded $100 million in damages; an appeals court overturned that decision last year.

Naturally, I adore these special moments when whimsical things turn “contentious”. In all seriousness, though, this case should be a wake-up call to all of us independent contractors and freelance types. In most cases (that I’m aware of), if you develop an idea during the course of employment, that idea becomes property of the employer. As a freelancer, you may have signed a contract stating such an arrangement. Carter Bryant’s Friendsy Ross/Rachel “I was on a break” argument is unlikely to hold up in court. I of all people understand wanting to sign a piece of paper that promises payment, but I’m just saying: read all the fine print.

Now back to mocking this situation:

The evidence offered a rare inside look at how panicked Mattel was as it watched its premiere Barbie line swiftly eclipsed by Bratz. A 2004 internal company presentation, offered by Keller as evidence, said: “The House Is on Fire!” “Sales at retail are terrible,” the memo said. “Market share has dropped at a chilling rate….We MUST do some things differently around here.”

The presentation continued by saying “a rival-led Barbie genocide rapidly grows” and encouraged the company to “fight fire with fire!” “Barbie stands for good,” it said. “All others stand for evil.”

If you like BRATZ, you must like evil, and you should probably buy the upcoming Asspanther record. If you want more info, this MGA vs. Mattel thing has been going on for YEARS. Google around. I’d post you some links, but I can’t open any more windows with big pictures of girls’ dolls in them right now. I’m in public, and it’s tough enough being me.