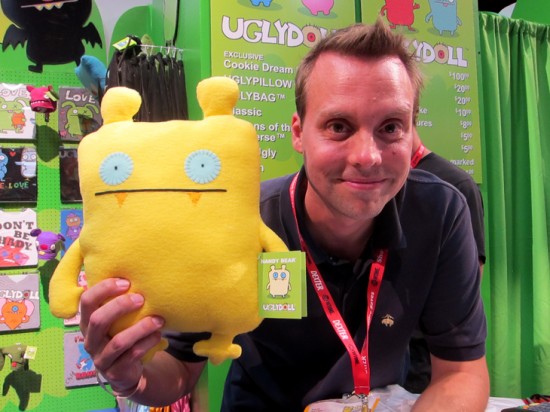 The Uglydolls booth always has a certain magnetism that pulls me in. The toys are colorful, the people are friendly, the booth itself uses a generous swath of green, and it’s not hard to shop there. That last note is pretty key: David Horvath and co eschew the over-complications of lotteries and lines, preferring instead to make affordable merchandise in large enough runs so that everyone can get something. 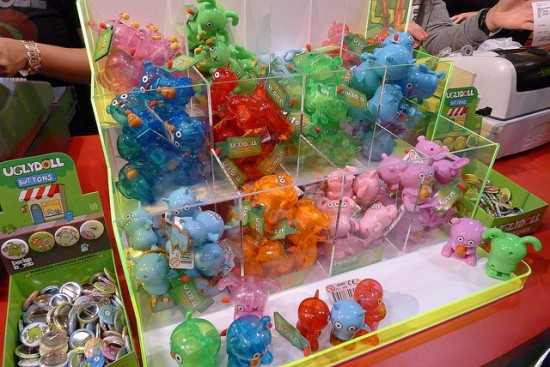 I gravitated toward the new Uglydoll wind-ups. There’s a lot of them. Some are transparent, some are solid, and yes, some even swim. They were available individually for $5 each at Comic-Con (Mr. Horvath even signed mine), and you can now get them in sets of three for $15 online here. Here’s an idea: Stop all that turtle racing stuff and race wind-up Uglydolls instead. I’d Youtube the heck out of Ugly races! 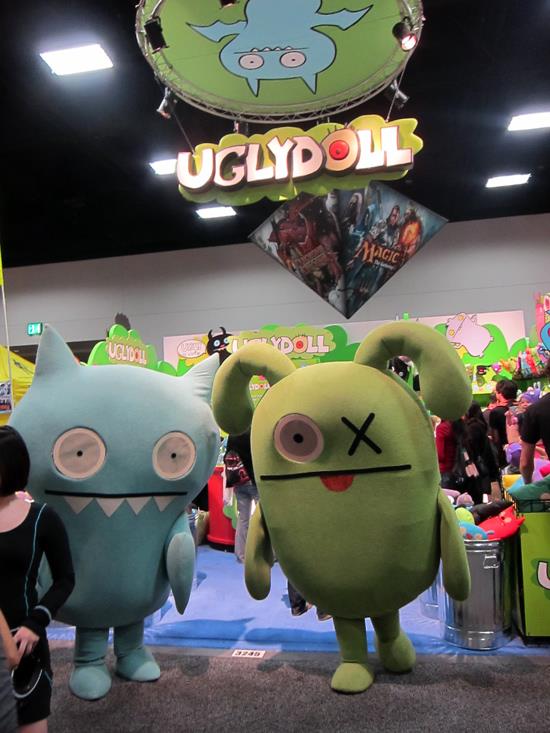 I’m such a sucker for cute mascots walking around. A good number of interesting Comic-Con anime and videogame costumes went right over my head, but not these.

Bonus pictures of all the new Uglydoll wind-ups. 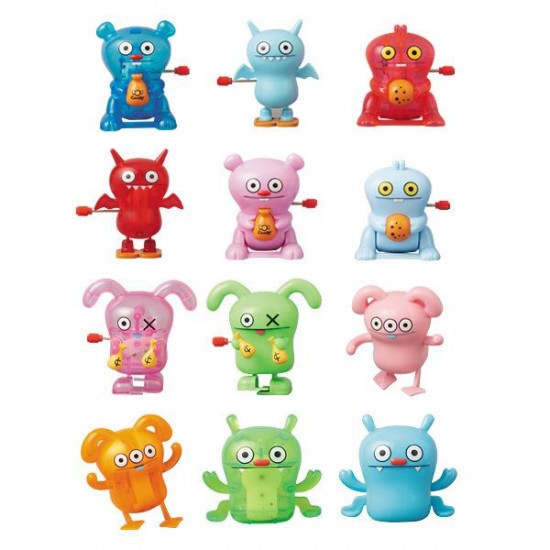