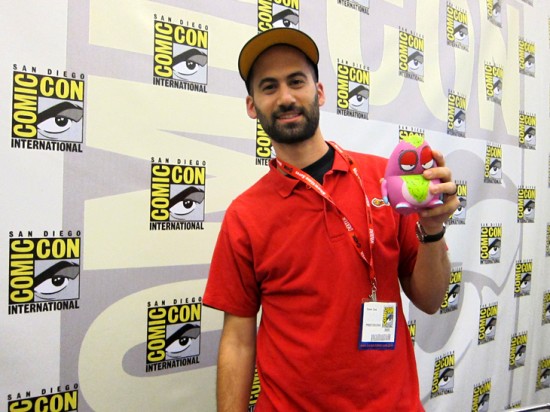 I’ve never moderated a panel discussion before, so I was both flattered and wracked with nerves when The Vinyl Frontier documentary‘s director, Daniel Zana, asked me to get involved. I had recently interviewed Zana, so I knew where he stood on the evolution of the designer toy scene up to, during, and after the making of his film. It was up to me to quiz the panelists. 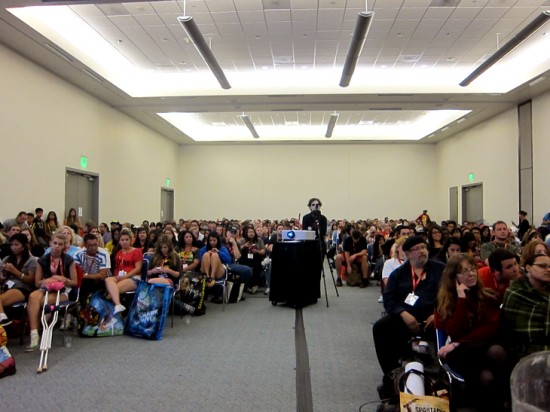 I took this picture of the room while sitting on the stage. Yes, we had a standing room only, packed crowd. Sure, a large majority of them were there for the Teen Wolf panel that went on after us, but I like to think they learned something. 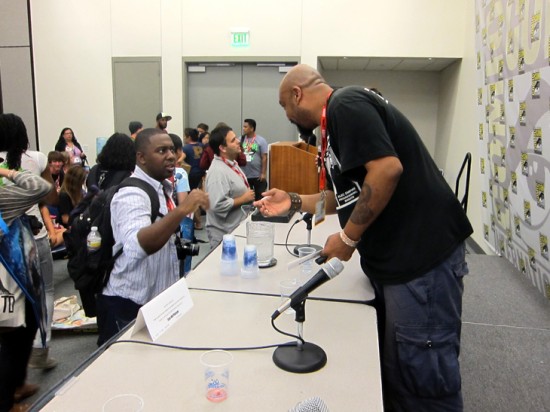 Jermaine Rogers is always refreshingly full of insight. As were his fellow panelists: Frank Kozik, Tara McPherson and Keith Poon. Once I (mostly) got over my nerves, I had lots of questions for them. I could have used another hour. 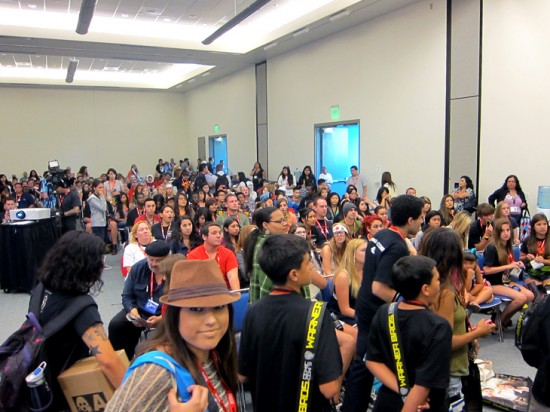 I love every one of these people who stood up to leave after we finished. I interpret that as their immediate exodus as having attended The Vinyl Frontier panel due to genuine interest rather than to squat a seat for the Teen Wolf panel. 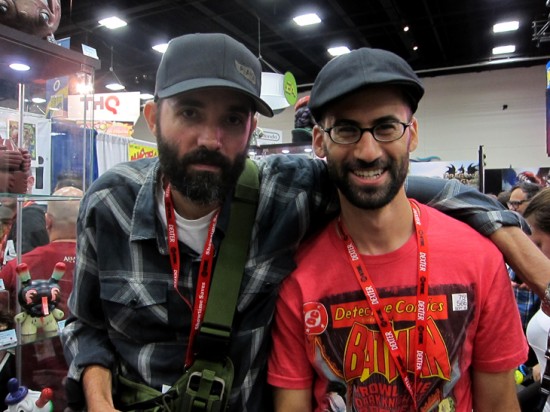 Back downstairs in the Cultyard, we ran into Ferg, who Daniel interviewed for the documentary. Ferg hadn’t been able to sit in on our panel because he had a concurrent release (BudBats). Besides, I got my 20+ questions in with him recently anyway. And…not to be a tease, but you may not have seen the last of Words With Ferg. 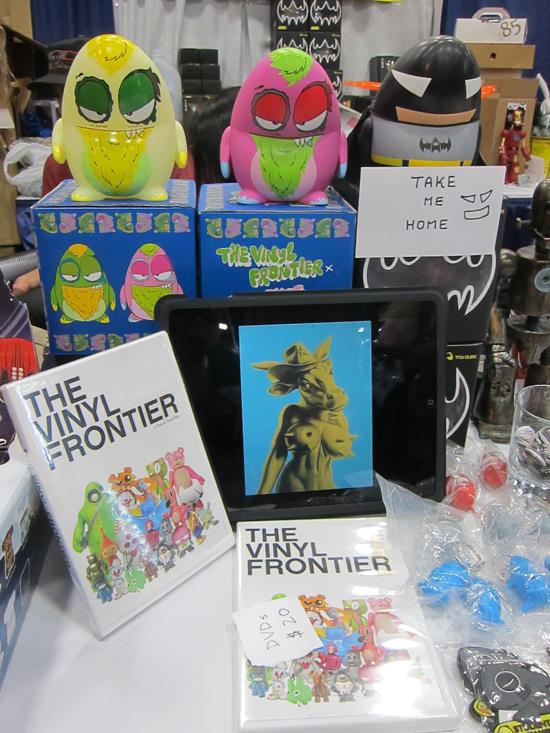 Don’t forget to grab your Vinyl Frontier merch! DVDs and Sharkies are available online here. A video of the panel discussion should be available in the near future. If anyone has photos of the six of us on the stage, I’d love to see them. 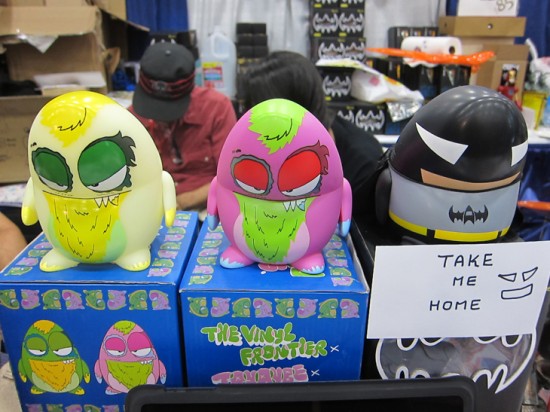