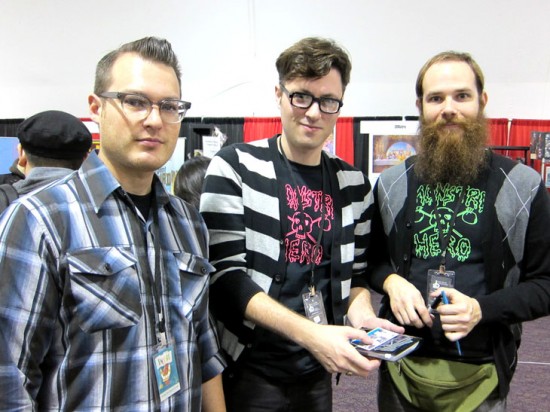 These were the people to talk to if what you wanted at DesignerCon was colorful, a little left of normal and made of resin. Left to right: Aaron of Uh Oh Toys and Sean and Cliff of Monstrehero. The booth also included Jon Knox (formerly Hello, Brute) and Paul Kaiju, but we’ll get to them later. 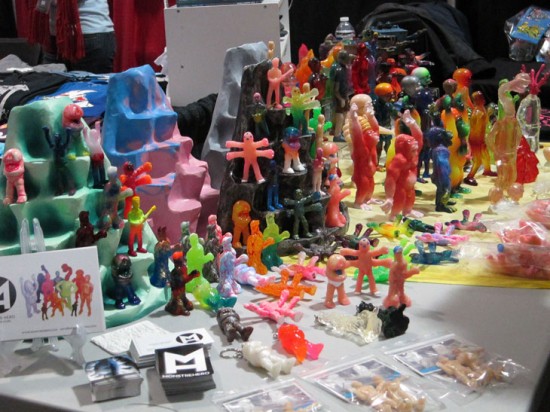 Just look at all those mountains of resin… 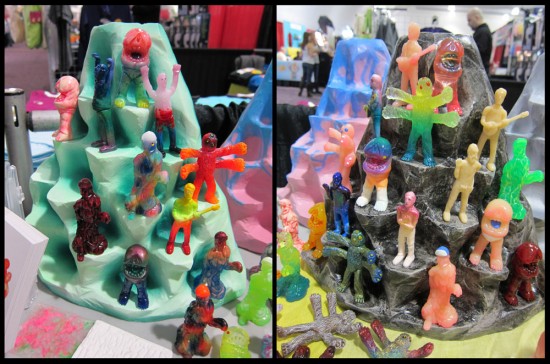 Monstrehero’s work for DesignerCon focused on their Monstrehero in my Pocket line of mini-figures. 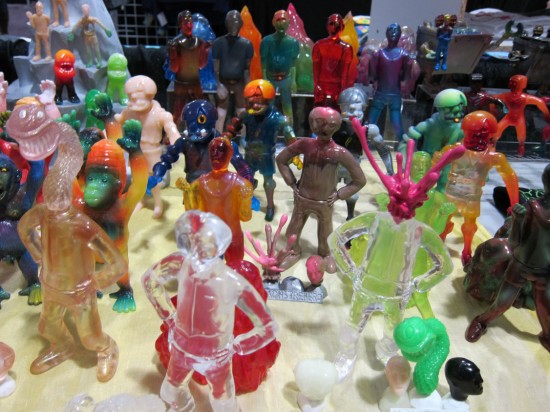 I think The Victim(s) by Monstrehero may be one of my favorite modern resin toys. I wonder if you can guess which one I bought in this picture? It might surprise you. 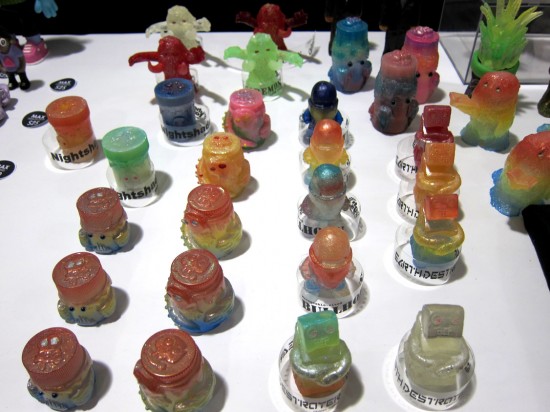 Here are some minis by Uh Oh Toys. 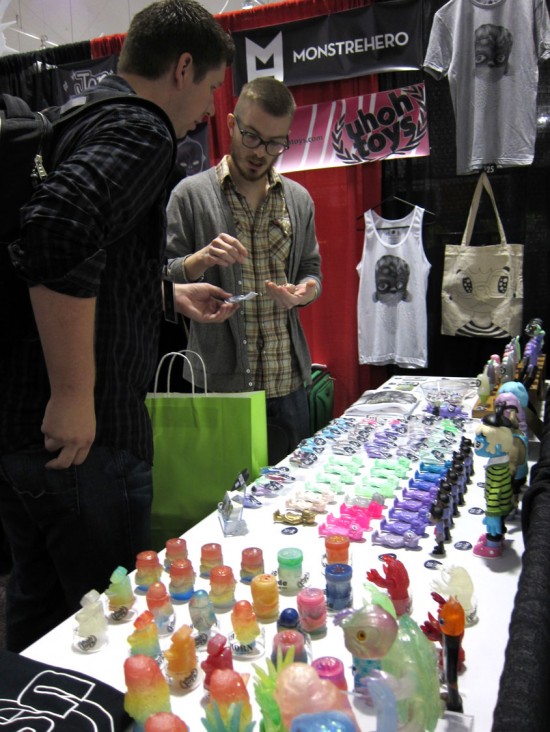 There’s Jon Knox, selling some minis to Matt, who you’ll note, already has a bag going just past 10AM. 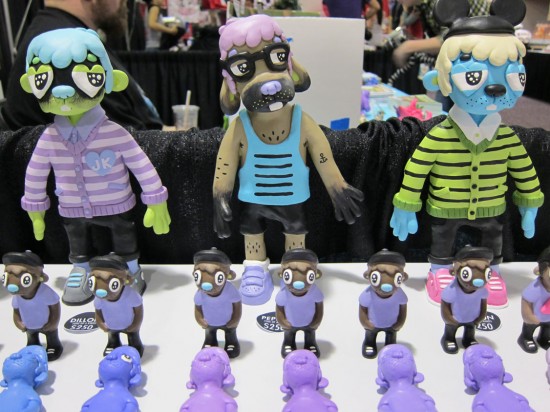 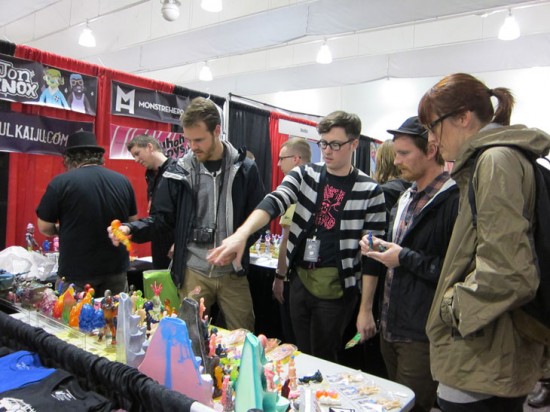 You can see Paul Kaiju (in hat) at the left of this photo. 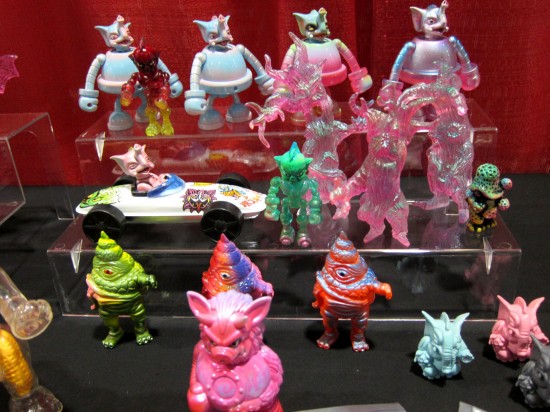 A selection of Paul’s unmistakable hand-painted figures. There’s just too much eye-candy for one post. I’m going to have to hit up Flickr for the rest of this.