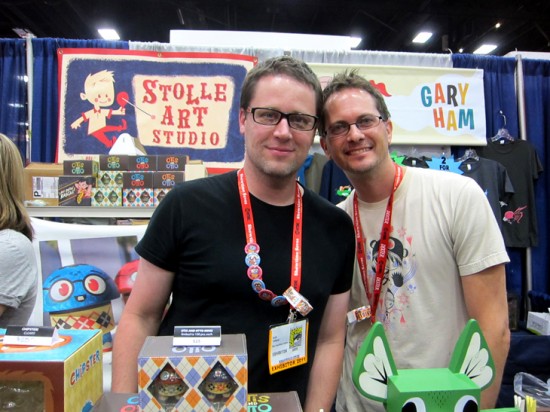 Bromance alert: Here’s Scott Tolleson and Gary Ham. Their booth at Comic-Con was colorful and happy (despite Tolleson’s efforts to be a downer). They stocked their stall with a good variety of price-points, platforms and mediums (vinyl, resin, customized toys). 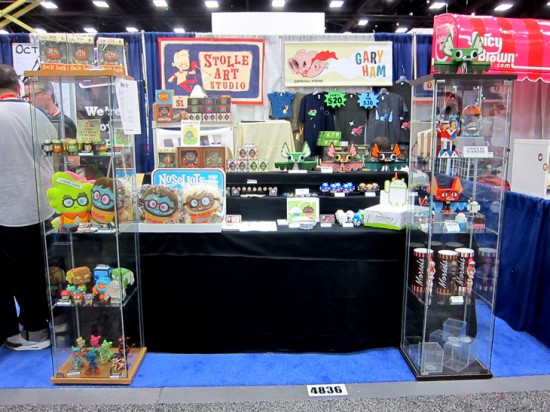 Tolleson had a huge amount of stuff: Along with his previous Tricycle Terrors and Doc Von Blocks, he had a new (green) edition of Otis and Otto, the debut of his Noselots plushes (for which his excitement was palpable and possibly contagious), an army of customized Androids, his Uncle Argh 5-inch Qee and two versions of his self-produced Chipster vinyl. 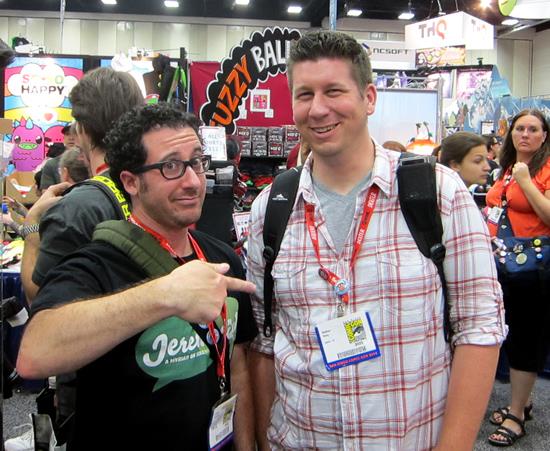 Click through to keep reading! You haven’t even seen Gary Ham’s stuff. There’s a new prototype, an animated gif and a tale of suspense and smackdown ahead! 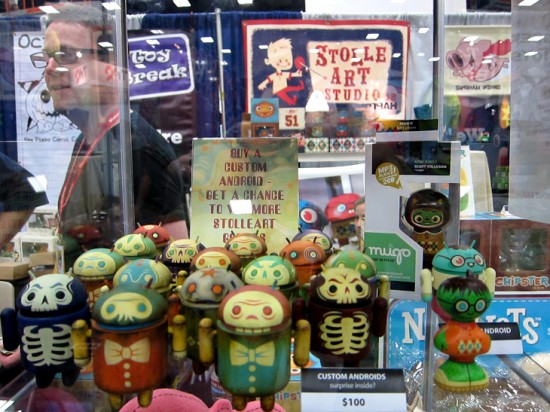 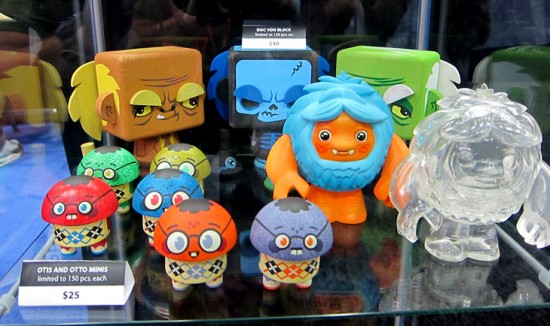 A hodgepodge of vinyl toys by Scott Tolleson 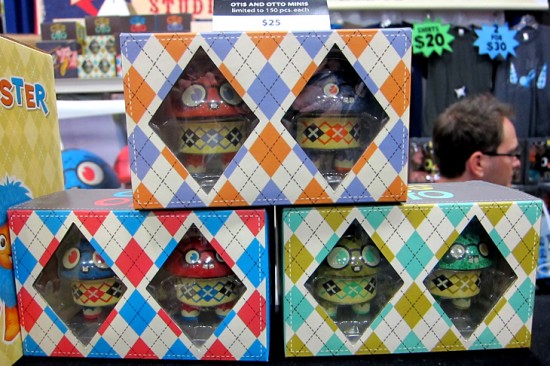 Otis and Otto in their sweet argyle boxes 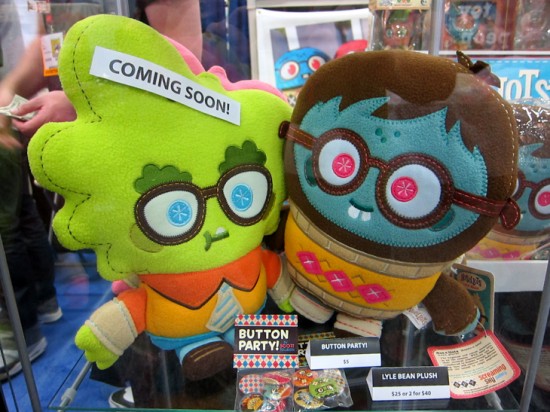 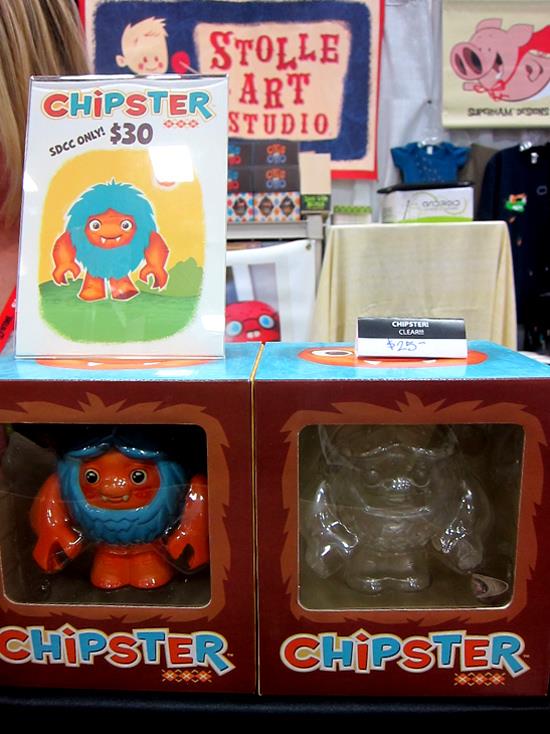 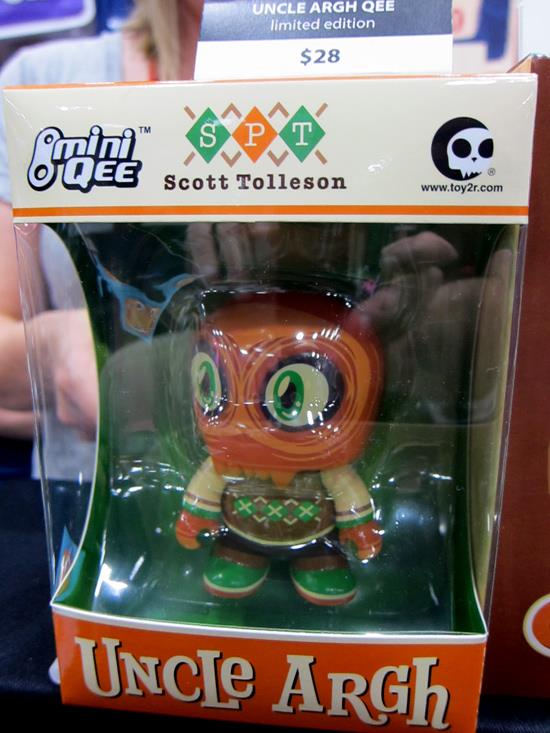 And now we arrive at Mr. Gary Ham!

Ham was honored with the Designer Toy Award for Best Self-Produced Toy for Hermees the Bat. Well, Gary is gearing up for another round of self-production. This time, he’s brought on Walter “Chauskoskis” Jacott to do the sculpt. The new character was on display in prototype form. His name is Wooper Looper. A name like that can only mean one thing: it’s animated gif time, holla! 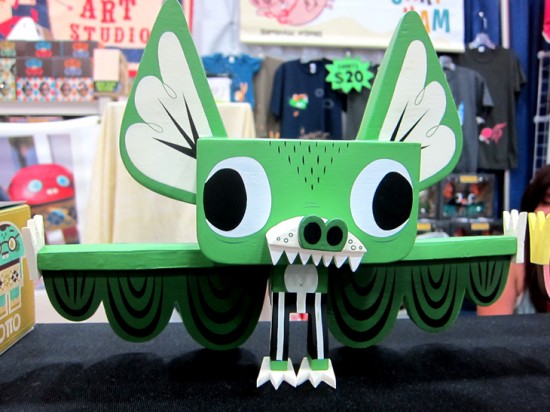 Ham’s green bat, Hermees the Trickster, though recipient of aforementioned award, was also the subject of multiple scandals. I’ll have to save one for later, but the shorter scandal involves a thief attempting to steal Hermees right off the table…until he was chased down and schooled by schoolteacher, Kathy Tolleson. So awesome. Wish I could have seen it. 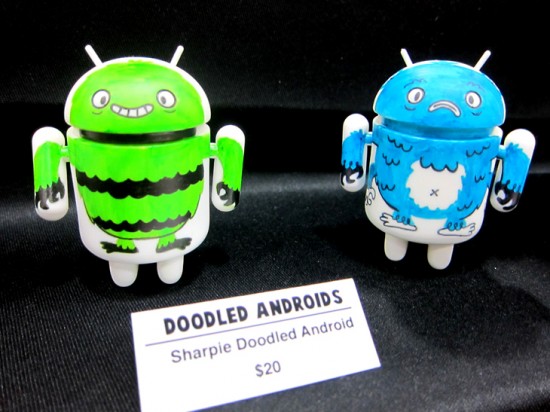 Guess who picked up the one on the left? 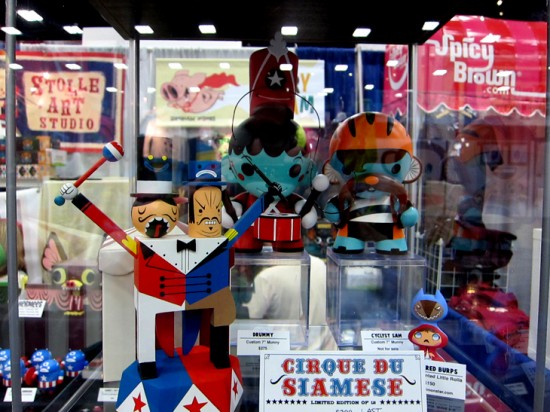 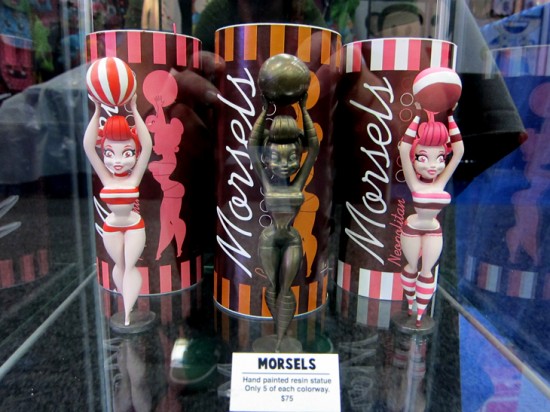 Resin Morsels by Gary Ham and Pretty in Plastic 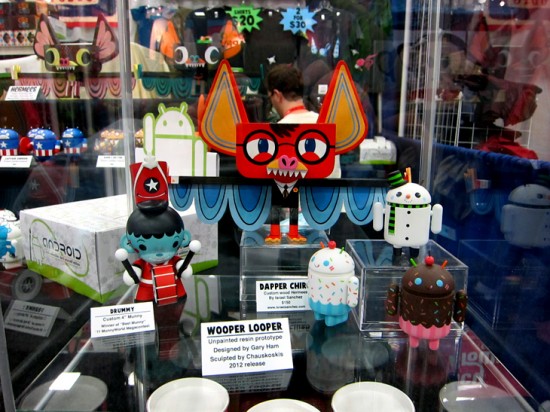