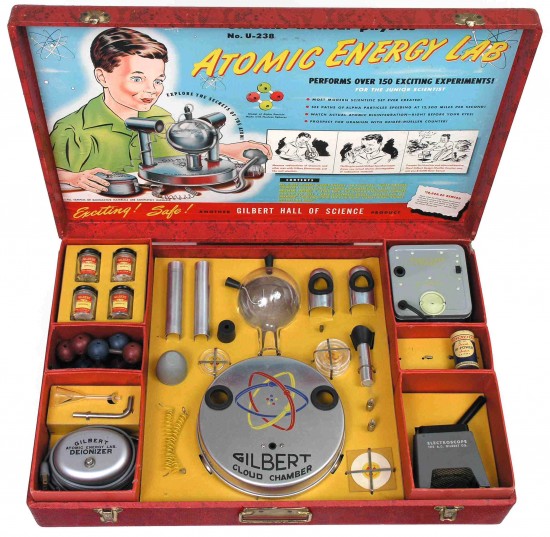 Reactions to yesterday’s post on Randy Regier’s amazing imaginary toys vacillated from absolute awe to confused “huh?” Today’s post is then dedicated to both camps. For the former, it should provide continued amazement into the idea that yesteryear’s kids played with actual uranium. (And parents today are concerned with whether slankets are made of ‘organic’ cotton.) For the latter, you can now have a sense of the real, existing atomic toys upon which Regier’s imagined sculptural toys commented. All of the following info comes from the excellent Oak Ridge Associated Universities collection of Atomic Toys!

Above is Gilbert’s Atomic Energy Lab, considered to be the most elaborate atomic toys ever produced. In addition to the equipment, it came with four types of uranium and a comic book. Its short lifespan means that a complete set can go for more than 100 times the original price today. 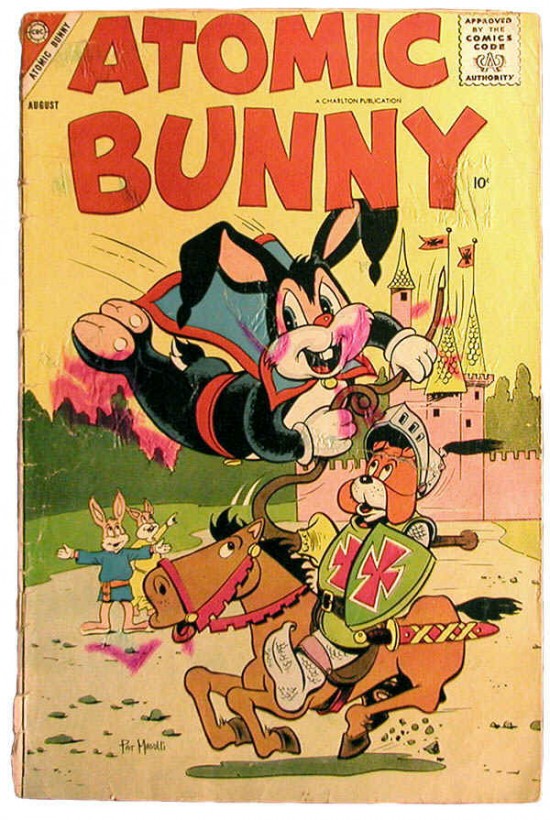 The first issue of Atomic Bunny comic came out in 1958. After eleven issues of Atomic Rabbit, I guess the producers decided to rebrand it as a kinder, gentler atomic bunny. 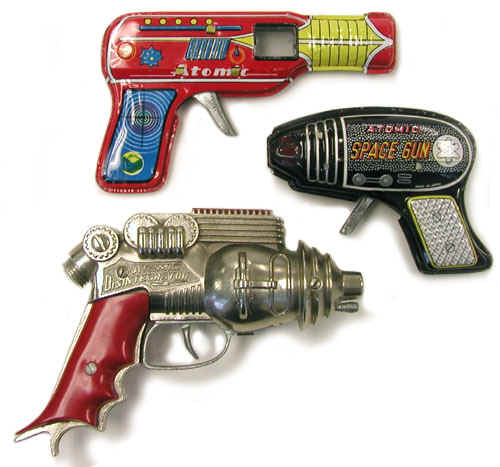 The unifying characteristic of these toy guns is that they are all identified as “Atomic.” The top two, made of tin, were manufactured in Japan, probably in the 1950s or 1960s. When the trigger is pulled, sparks appear in the window on the barrel. 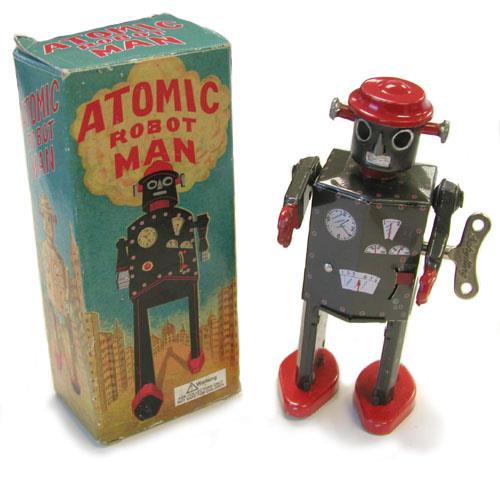 The Atomic Robot Man is usually considered the second toy robot, the first being the Lilliput robot. When wound up, the robot staggers forward in a jerky motion with his arms swinging back and forth. Amusing to us perhaps, but horrifying to any surviving citizens of the town pictured on the box who dare to look out their windows. 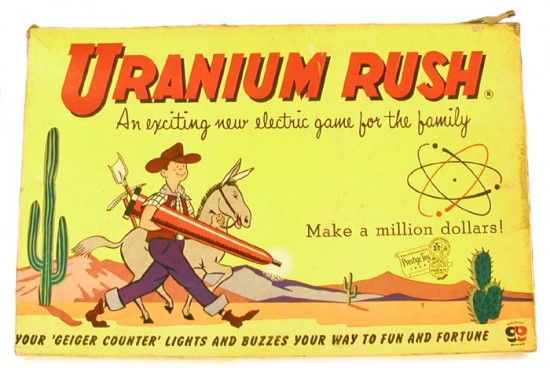 Uranium Rush is a Gardner Games product from the mid 1950s about prospecting for uranium and becoming a millionaire. 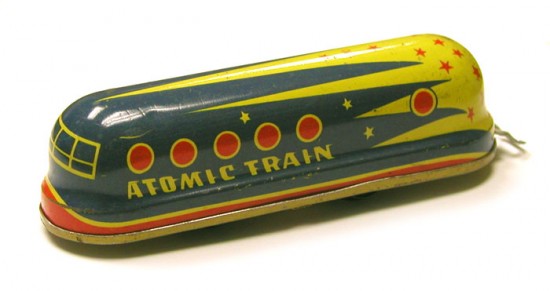 This atomic train ran on a square of lithographed sheet metal with a circular depression embossed into it. It was manufactured in West Germany. 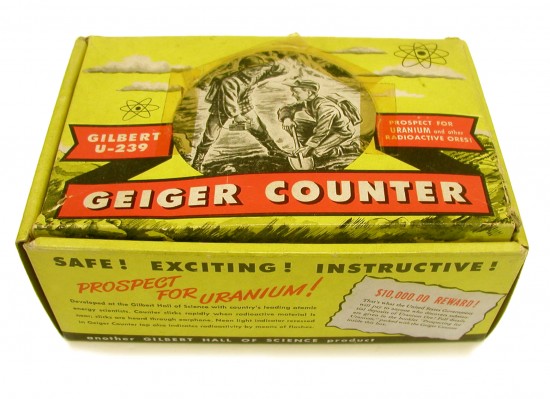