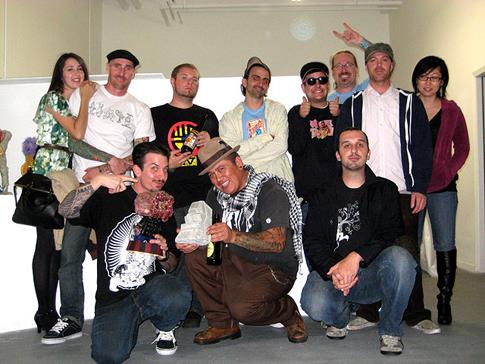 There’s really no way to say this without sounding geographically biased, but the 3D Canvas Show at Terminal22 in Oakland was quite possibly one of the best group custom toys shows I’ve been to in a while. When I snuck in for a sneak peek on Thursday, the block was deserted. Returning Friday night for the show, a lively crowd filled the gallery’s new location, spilling out onto the street. 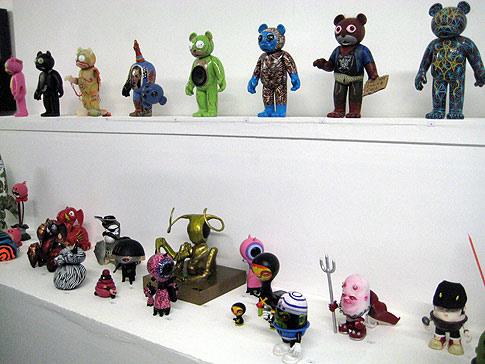 If I had to describe this show in one word, I’d go with “diverse.” 3D Canvas featured a range of toys, mediums and artists. Regarding the latter, there were the ‘usual suspects’ (who never disappoint) like Leecifer, Motorbot and OsirisOrion and plenty of new names (including lots of locals). Regarding the former, thanks to STRANGEco, artists got free toys to transform. The result: inspired takes on Bob Dob and Jermaine Rogers production pieces. The lesson: if you’re a company or a store, sponsor a show and give artists some free figures! 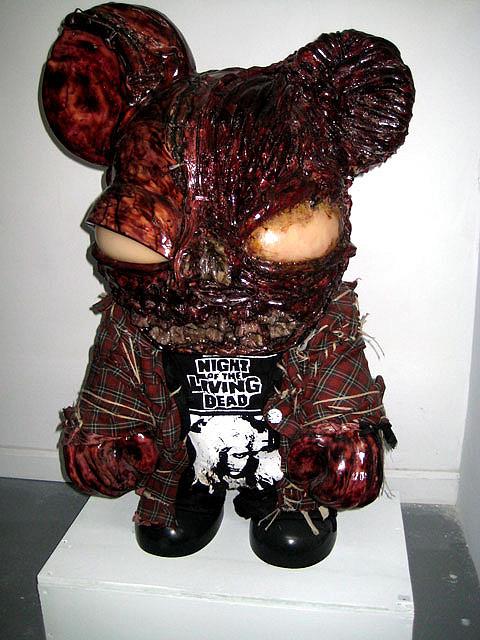 People who wandered in off the streets following the scent of free beer were ‘greeted’ by Jay222‘s menacing 36-inch Qee–just one of several large customs by the local artist.Wasted Talent took his figures to another level–literally vivisecting Amanda Visell’s Playset piece in “Pizza Gator” and turning the innocent Oink Le Rouge into “Piranha Plant 2010.” Nearby, Geoffrey Trapp’s understated Bugs Munny tread the line between painterly perfection and bad acid trip. Ian Ziobrowski had the best pun of the night with his Nuggy Trooper which actually ‘got lit.’ On the same tip, there was also a 420-friendly Care Bear and a Veil Specimen on crack. Bay Area represent! 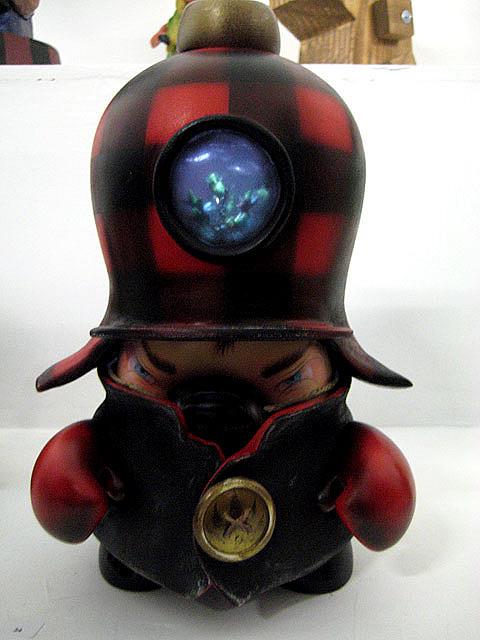 Mad props are in order for Neil/Wasted Talent, Jim from STRANGEco and Dan and Jessie of Terminal22 for putting this together and pulling it off in such style. Honorary mentions go out to Joanne and Ray from Dragatomi who support the scene by making it to every show (all the way from Sacramento), and Jesse Hernandez who always comes out and often has cool stickers and cute children in tow. 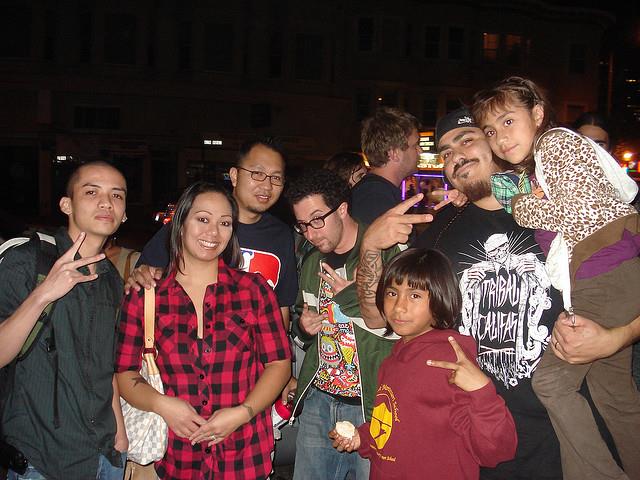