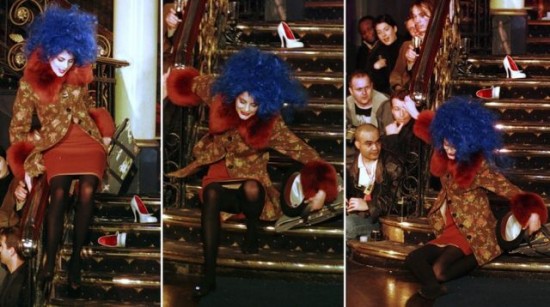 For a really long time, I thought people falling down (or up) stairs was hilarious. Not just plain funny, but inappropriate-laughter-during-a-funeral-giggle-loop-funny. I got over it, but one guilty pleasure remains, and that is: girls falling during an episode of America’s Next Top Model. Despite having a daytime talk show, Tyra Banks is no Oprah: she’s a bonafide sadist, really. I feel quite badly watching her trainee models plummet, but then again, why the hell does she put them on moving catwalks?

I very much wanted to share what I feel is the pièce de résistance of Tyra’s ridiculous catwalk challenges, but I can’t find a video clip. If anyone can locate the “Human Hamster Ball” challenge from “Cycle 16,” sharing it will make my day.

In the meantime, the Daily Pictures blog put together a pictorial of fashion models falling. Feel cruel laughing? That’s why it’s called a “guilty pleasure”. Perhaps you prefer these metaphorical high heels by Hans-Peter Feldmann? 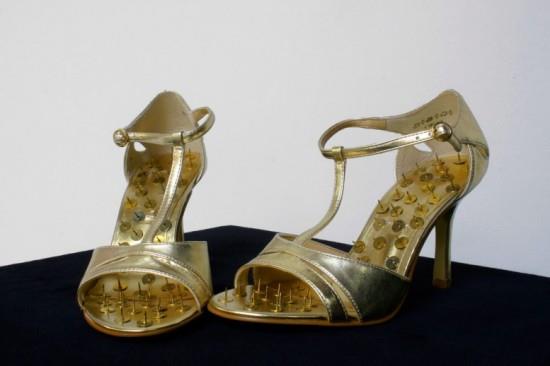