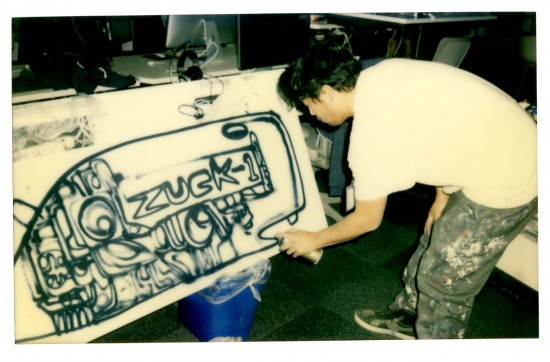 SAN FRANCISCO — The graffiti artist who took Facebook stock instead of cash for painting the walls of the social network’s first headquarters made a smart bet. The shares owned by the artist, David Choe, are expected to be worth upward of $200 million when Facebook stock trades publicly later this year.

WOW. $200 million buys a lot of paint and pornography! There’s something I really love about this. It’s an ‘underdog’ story that intertwines a spray-painting, train-hopping, “T-type” (shout-out to Doktor A!) artist with a Harvard-educated, computer-programming, Internet mogul. And in the end, the artist gets a fat paycheck. 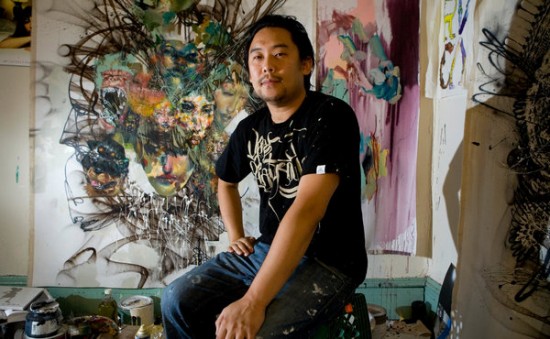 David Choe first painted Facebook’s walls in 2005, at the invitation of then-president Sean Parker. In exchange for the murals, he was offered “thousands of dollars” or stock that was worth about the same then. Despite thinking that the idea of Facebook was “ridiculous and pointless,” Choe took the stock options. 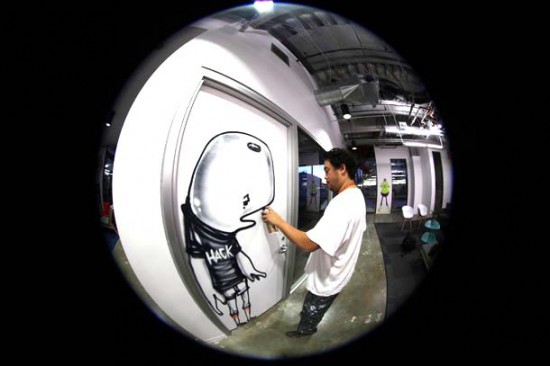 As the news gets around, a lot of people are commenting on what a smart move Choe made. I would argue that Choe’s decision was not based on smarts, but rather, risk. Choe is a (reportedly terrific) gambler. If you’ve seen Harry Kim’s documentary, Dirty Hands, you’ll recognize that Choe is not one to take the well-traveled route. When you take risks, sometimes you end up in a Japanese prison and other times you get a $200 million paycheck. David Choe has now experienced both. 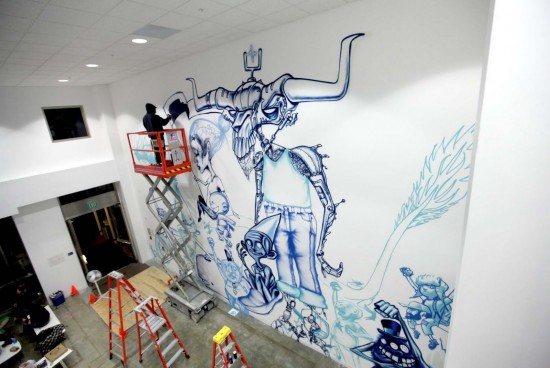 Here’s another reason to celebrate this news: Choe’s payout for painting could be worth more than Sotheby’s record-breaking $200.7 million auction in 2008 for work by Damien Hirst. Now that’s winning.