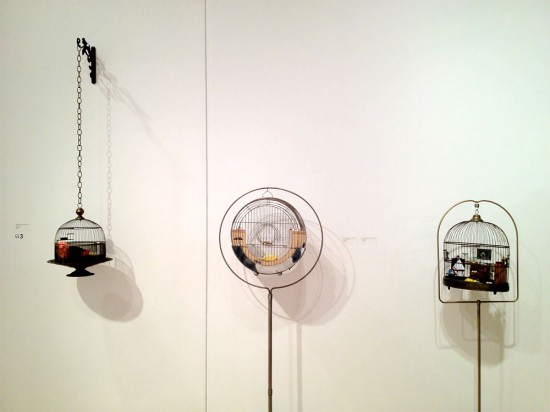 The Canary Suicides are meditations on captivity, miniature embodiment, the pet as fetish and the relationship between death and delight. They are influenced by the medieval reliquary; the work of Rauschenberg, Kienholz, and the mice who’ve made tiny, perfect replicas of some of their most well-known assemblages; and the artist’s mother and grandmother, who bred and kept many healthy, self-actualized canaries trained in calligraphy, origami, algebra and bridge.

As with Esther Traugot’s Wasps and Seeds, I came across Coan’s taxidermy tragicomedy at Bedford Gallery’s Captured. 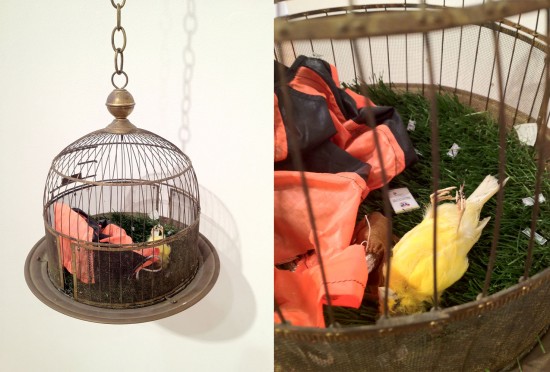 Each Canary Suicide contains hidden money, a suicide note, a pet owned by the resident canary and unique surprises. I love when the title of an artwork functions as a quiet payoff to the visual discourse. In the Canary Suicide above, entitled Orange, one may think that’s merely a throwaway reference to the color of the parachute. However, a closer look reveals a copy of the classic self-help/career-finder book, What Color Is My Parachute? The title is the reward for “figuring out” the artwork. 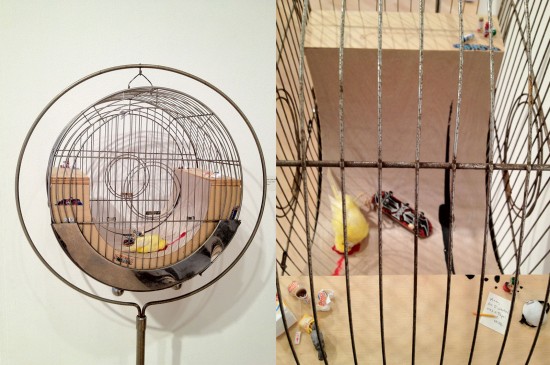 I'm Not Crazy by Catherine Coan

Click each photo to get all Angela Lansbury and inspect the tiny elements for clues. Catherine Coan is an artist, taxidermist, writer and professor who lives in Manhattan Beach, California. “And because many people ask: The canaries used in these pieces are real. They died of natural causes (not suicide or murder).” Contact her about Canary Suicide commissions. 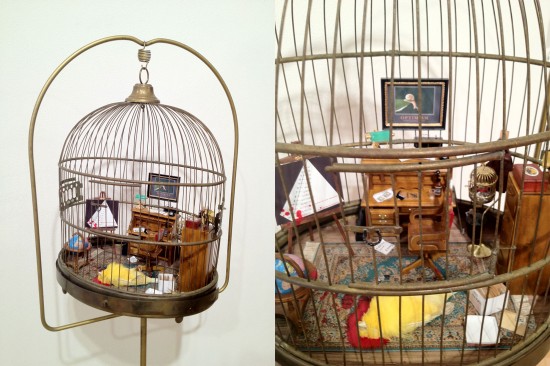