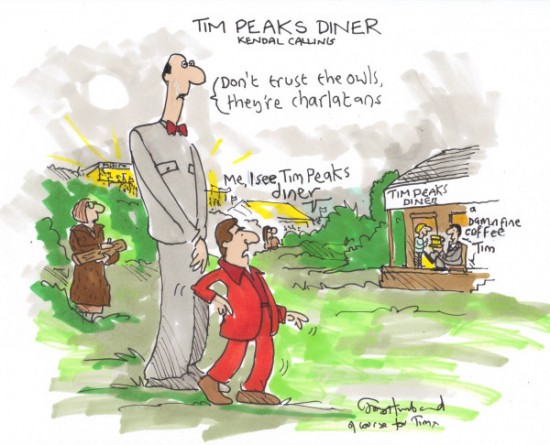 What do you call a clever cartoon about coffee? How about a “brew-haha”? Have you been (caf)fiending for a product with a good story? One that hits all those tasteful notes? Something that, to quote Pete Fowler, when imbibed in great quantities allows you “to see into the future and the past”? Here it is.

Tim Burgess  of The Charlatans started a brand of coffee over twitter. Really, he did. It’s called Tim Peaks, and it combines four of my favoritest things (music, coffee, art and Twin Peaks)! Creating Tim Peaks was rather a happy accident. Here’s Tim: 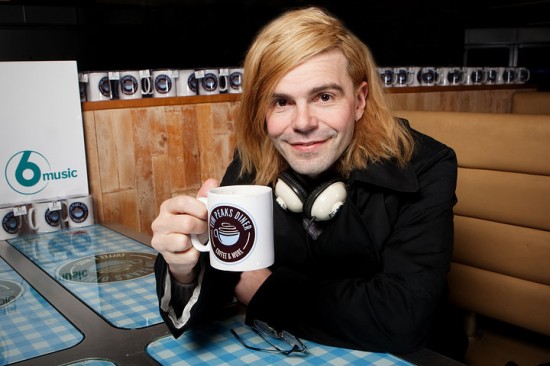 And here’s the 7Am missive that started the mission: “Morning tweets x coffee?” More:

Each morning there’d be a song, the breakfast banger–from The Fall to Two Fingers to Jim O’Rourke–songs that people knew, songs that they didn’t. It was kind of like an inverse version of The Emperor’s New Clothes–nobody pointed out there was no actual caffeine and nobody burst the bubble. It was metaphysical and metaphorical and it was a daily routine.

And then things got real:

I’d played at a brilliant festival called Kendal Calling in The Lake District and they called offering us the most perfect log cabin that for three days this summer became Tim Peaks for real. Real jukebox, real diner booths, real everything. Even down to our own blend of coffee. I was summoned to Glasgow by a coffee roaster and questions were asked, thoughts were shared, beans were ground and blended and after a day of slurping and some spitting out we’d made it. Tim Peaks Coffee was real and it was fantastic.

Agent Cooper would surely approve, and Burgess even donates a percentage of profits to the David Lynch Foundation. Burgess looks like he’s having a blast, and I can’t wait to try this coffee. Click through for a video and more info. 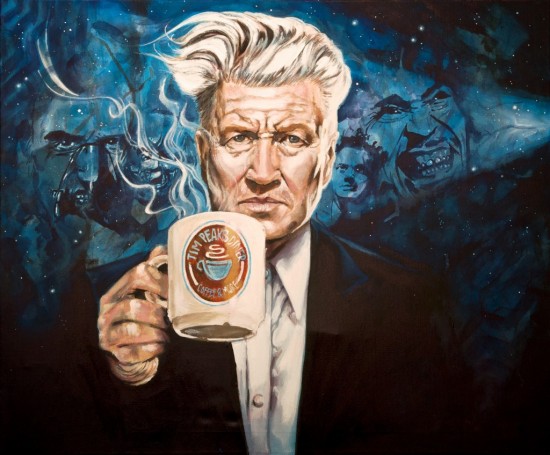 As if the story couldn’t get any better, as if we needed an additional element beyond coffee, music and the allusion to Twin Peaks, well, enter an artist with a penchant for owls. Pete Fowler stepped in to design the art for Tim Peaks’ branded biodegradable, compostable coffee cups. The logo is admittedly more serpentine than owl-oriented, but any Peaks fan worth his/her beans ought to know that the owls aren’t always what they seem…

Over 65K people follow the tweets to get Burgess’ breakfast bangers, though tuning in from America, they’re more like nightcaps (nightcups?). You can grab a bag of Tim Peaks coffee beans bundled with six eco-friendly cups by Pete Fowler for £7.99 here. And in another cool music + art + coffee + cult TV show cross-pollination, Stanley Chow has created a series of portraits of Burgess, Lynch and Cooper that you can get here. 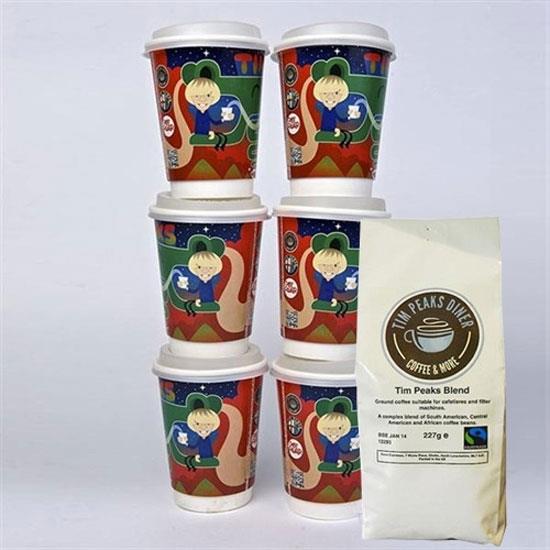