In the solar system of designer toys, I’ve just become aware of a neighboring planet: modern dollhouses. The designer dollhouse planet is populated by meticulous, artsy, crafty collectors–just like the the fun folks on the designer vinyl toy planet! 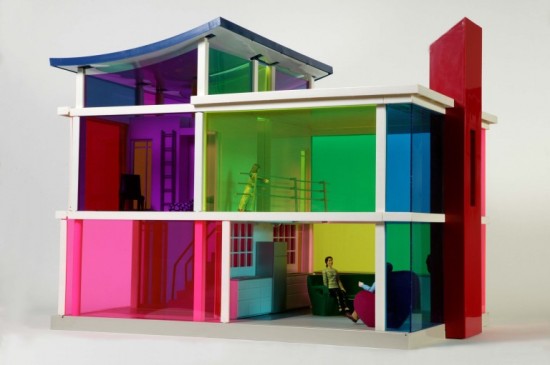 I spent the past hour or so geeking out on the amazing (largely German-designed) modern dollhouses of the 1950s, 60s and 70s, but let’s start with something more recent: The Kaleidoscope House. Designed by artist Laurie Simmons and architect Peter Wheelwright and produced by Bozart Toys, the Kaleidoscope House is a 1:12 scale modernist architectural house. It has sliding transparent color walls and an accessory line of miniature furniture from contemporary designers and artists including Karim Rashid and Cindy Sherman. 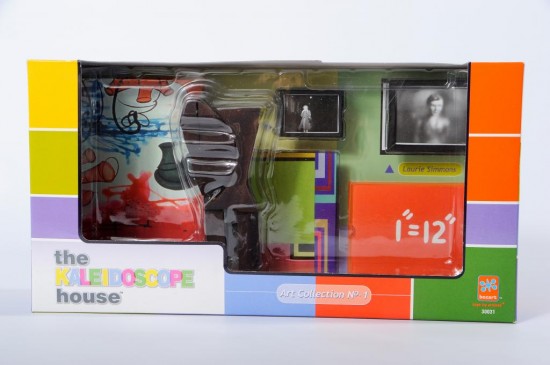 The tiny furnishings are still available and affordable, but be prepared to shell out some full-size cash for the amazing technicolor dream house. I couldn’t find a current live auction on eBay, but in 2007, an unassembled Kaleidoscope House sold for nearly $1,600. In 2009, $450 secured a used model off Craigslist. 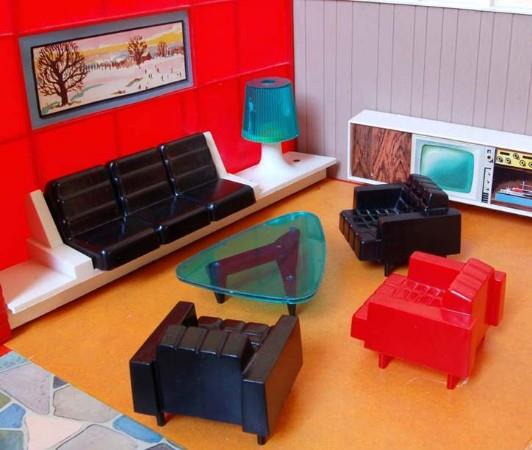 Going back in time, check out this 1960s den from the American-made Debbie’s Dream House above! Not only do designer dollhouse fans collect the houses and furniture, some of them make their own. Those tiny pillows below are handmade by The Shopping Sherpa, and she provides a tutorial here. “Craft is the new black,” indeed! 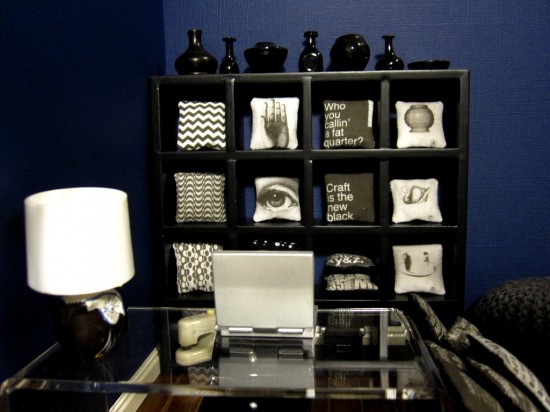 For lessons of a historical nature, head over to the Püppenhaus Museum. Like all the best toys, dollhouses and their interior fittings tell important stories about the times in which they were made. The assemblage of miniature food below reflects post-war Germany. 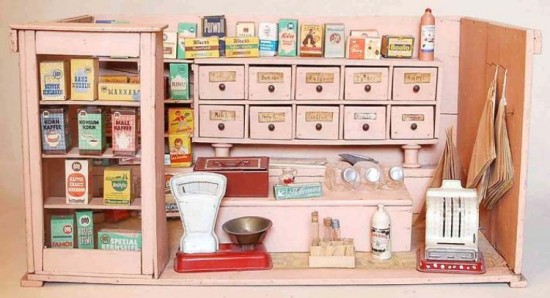 There is a bustling subculture of miniature modern designer dollhouses. Google around, or start with one of my favorites: Call of the Small. Click through for a few 1960s and 1970s models I’d happily live in if I wasn’t so darn gigantic! 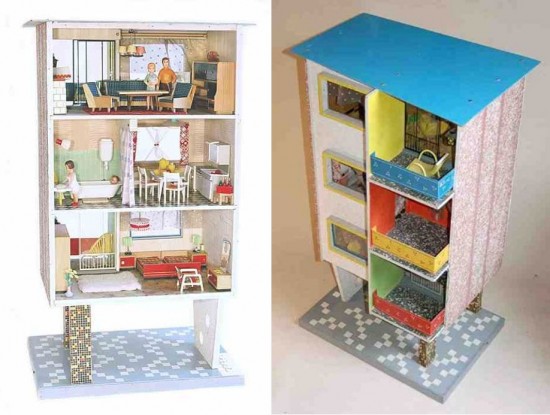 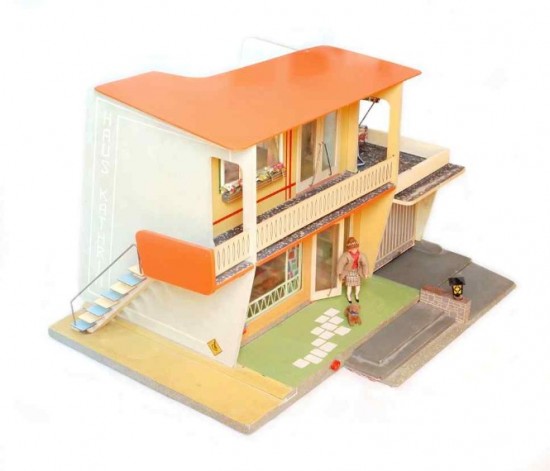 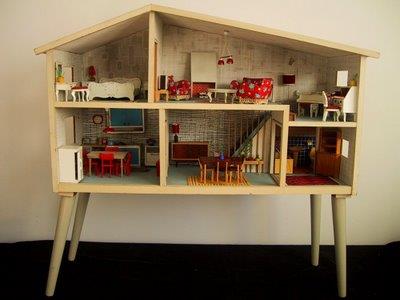 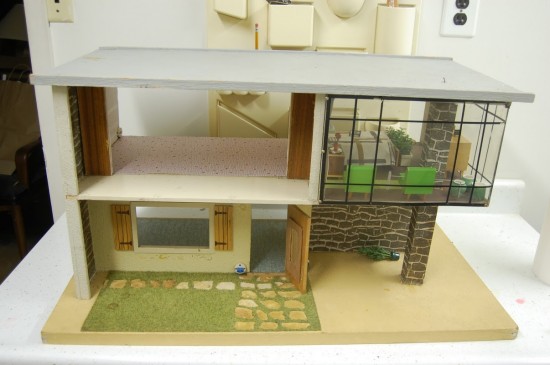 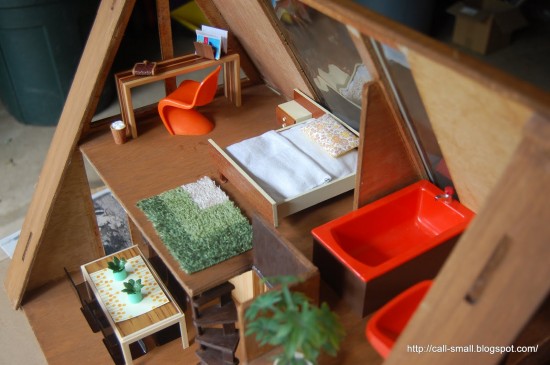 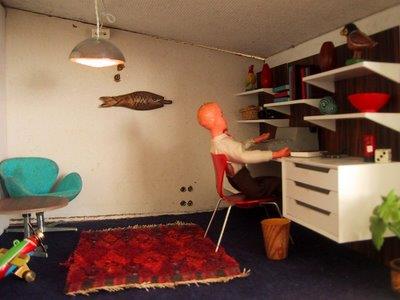 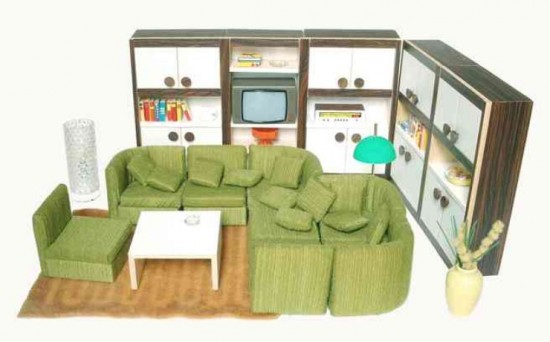