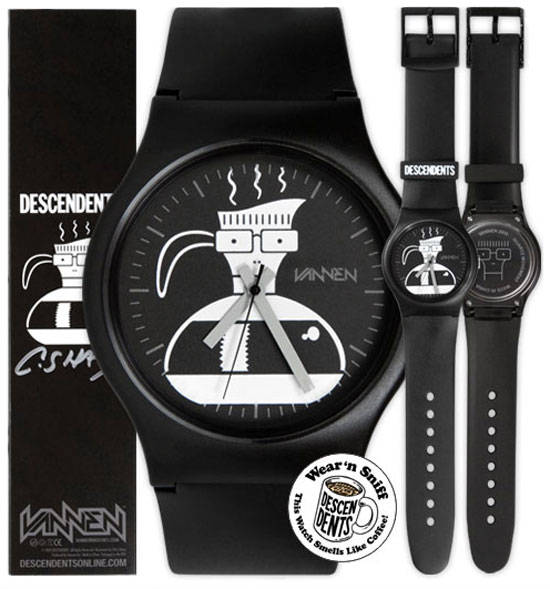 My friends at Vannen have emerged from their secret time machine having combined music, fashion and freaking COFFEE into one wearable work of art. The first Vannen x Descendents watch collab came out (and sold out) in December 2011. It’s now springtime 2013, and Vannen is releasing “Coffee Time,” a limited edition Descendents watch available only at the Coachella boutique during Weekend 1 (April 12-14) and Weekend 2 (April 19-21) at the Coachella Music & Arts Festival. 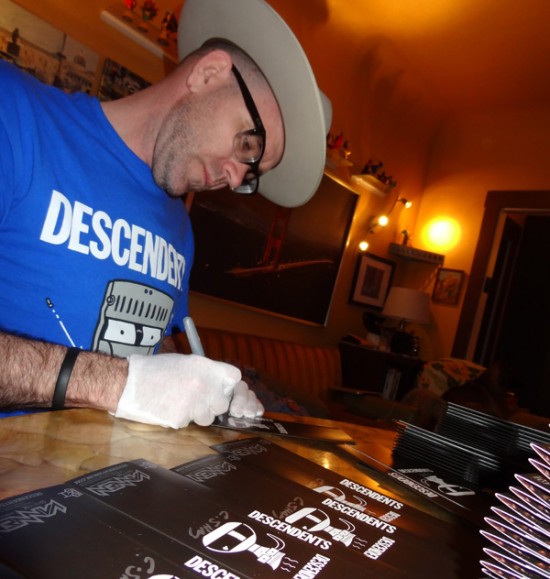 “Coffee Time” features artwork by Descendents artist Chris Shary, as well as Milo engravings on the back casing and crown. The new watch has the honor of marking two Vannen firsts: they printed subtle index markings (hours/minutes/seconds) on the inside of the crystal “giving this minimalist design some serious depth,” AND every single watch smells like coffee. That is like hot and cool at the same damn time. 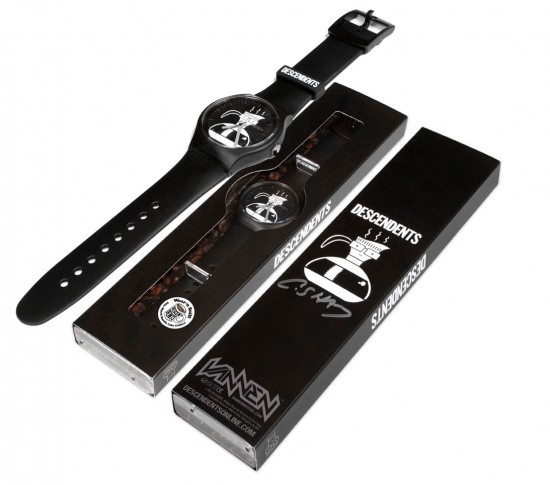 As per Vannen tradition all packaging is signed by Chris Shary, and one random box will contain an original Chris Shary drawing. There are only 150 of these, and they’re priced at just $60 a piece. So do the math: you could get an amazing art and music watch that smells like coffee OR you could get, I dunno, a dozen Starbucks Trentas?

In 1978 the DESCENDENTS formed under their common credo of fishing, girls and velocity. Fueled by the omni-ambitious doctrine of ALL and a series of caffeine binges, the essences of punk and pop were percolated together in a way that has yet to be recreated, though many have died trying. Ranks of sympathetic adolescents, previously excluded from the ferocious world of punk rock, followed the sound. They boldly strapped on their glasses, wiped their noses on their sleeves, and launched into the slam pit chanting the DESCENDENTS’ refrain “I’m not a loser” like a mantra.