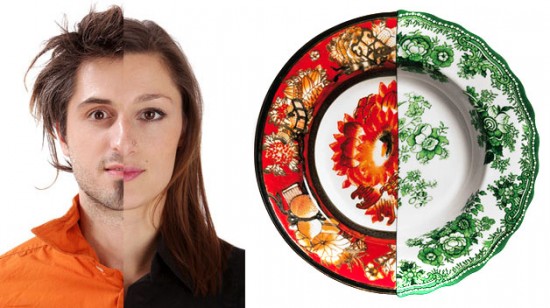 With the recent appearance of Fabergé Eggs on my site, all borders are broken down, and it’s time to show you my fine china. Unlike what you may be anticipating with my predilection for posting drug art and anatomy, I am not using “fine china” as a euphemism for cocaine or vagina. I’m talking about plates. 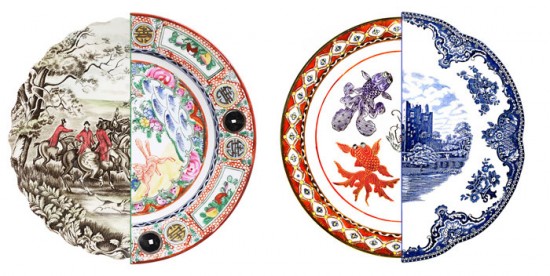 CTRLZAK Art & Design Studio is a multidisciplinary team founded by Thanos Zakopoulos (Greece) and Katia Meneghini (Italy). The studio operates internationally in the field of contemporary art and design, and they’ve created the Hybrid Collection for Seletti. 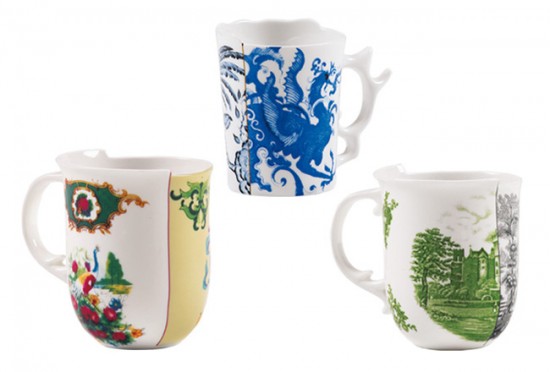 CeramiX is a series of ceramic objects reflecting on the historical production of Chinese and European porcelain and its’ centuries of cross-fertilisation between Western and Eastern aesthetics. China has a long tradition in the production of ceramics and especially porcelain, and Europe has for many centuries tried to copy the Chinese in that field. Nowadays our world is invaded by Chinese products that in most cases attempt to imitate those European. 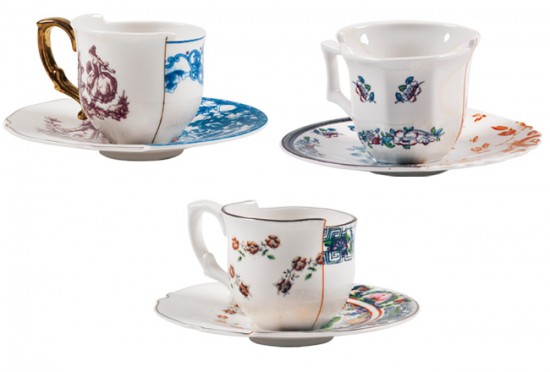 More on the project from CTRLZAK:

CeramiX is a reflection upon the irony of history through the world of ceramics. After an initial research in the traditional techniques, methods and evolution of both Chinese and European ceramics, the CTRLZAK team has identified certain key elements that distinguish both cultures. Subsequently the project was divided in two phases: The first involved the acquisition of original pieces of both origins that represented these clue elements documented during the research, then the objects where sliced in half and recomposed bringing together East and West in new unique pieces; the results of this phase constitute the Art Collection of the project. The second phase was inspired by the experience and the forms of the first creating a brand new collection of plates, bowls and cups in glazed ceramic which constitute the Design Collection of the project. 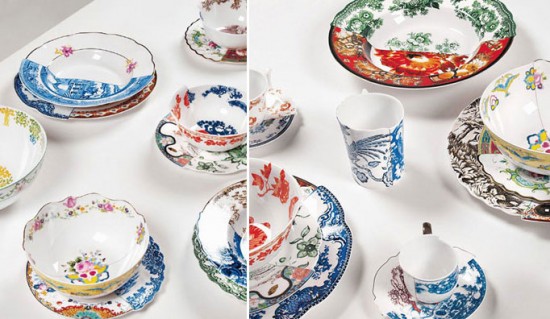 The Hybrid Collection is produced in fine Bone China by Italian based company SELETTI. It consists of 3 dinner plates, 3 fruit plates, 3 bowls, 3 coffee cups with their corresponding plates, 3 mugs and 1 large salad bowl. The pieces in the collection are “graphically divided between east and west with a coloured line marking the boundary between the two styles and, paradoxically, strengthening at the same time the union. The Hybrid collection looks at the present while reflecting on the irony of history proposing consequently an evocative contemporary interpretation.” 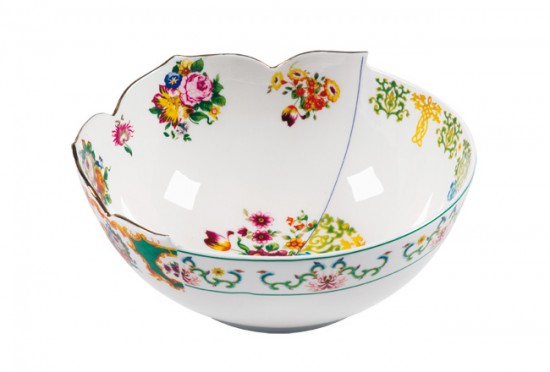 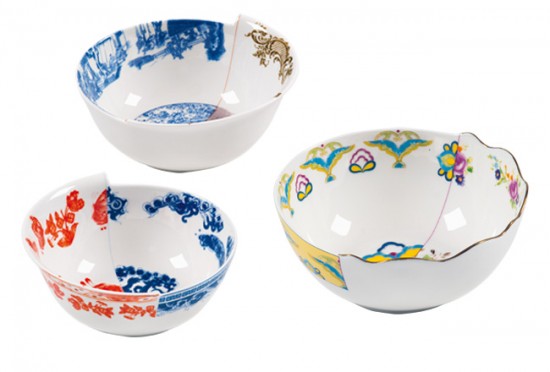 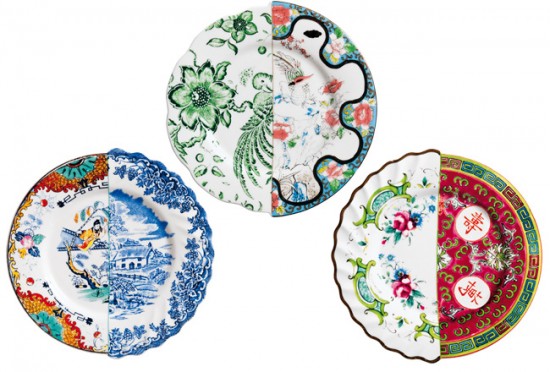 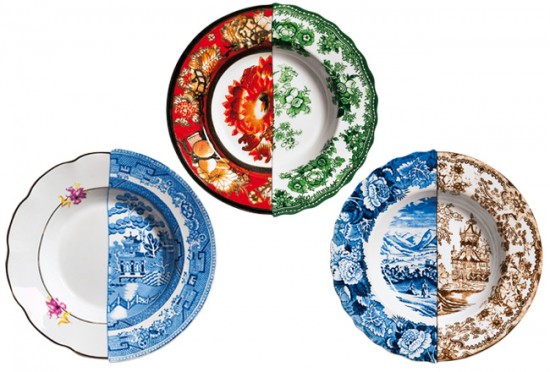 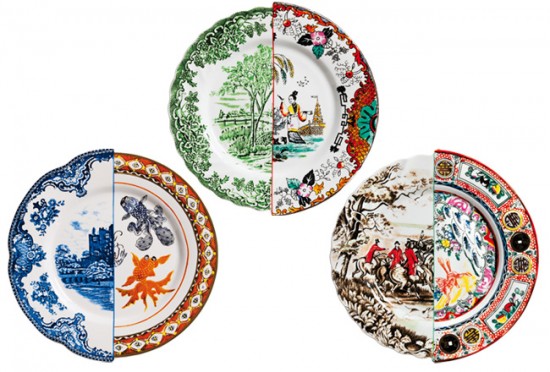 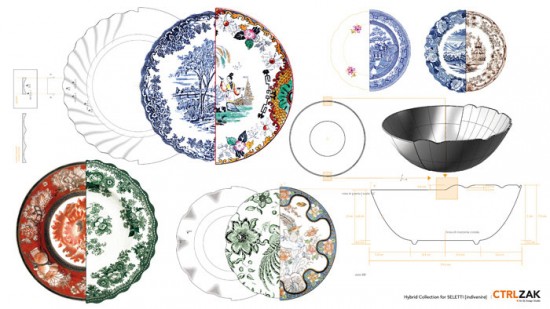