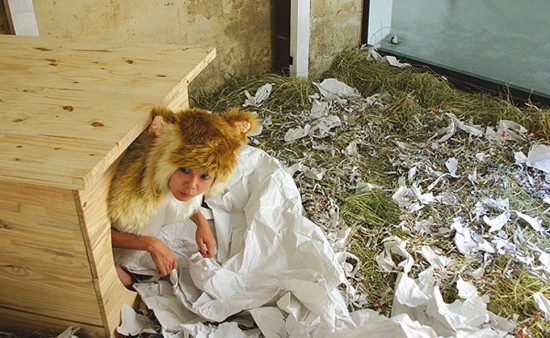 In 2004, Japanese artist Sako Kojima became a hamster. She writes:

This performance is so hard because Sako was moving all day long as a hamster: quickly running, biting wood, paper and scratching the wall. It continue about from 3 to 6 days. After that, Sako came back to human.

Kojima did this performance inside of a storefront window in Lille, France. There is also a video clip. 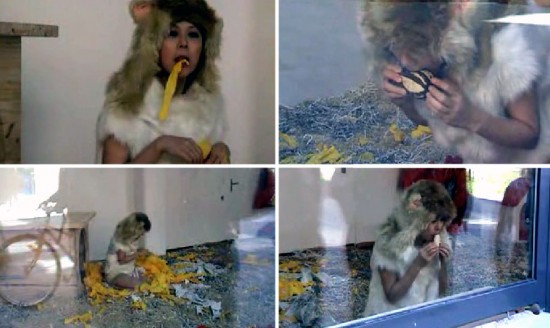 You might think “it takes a lot of balls to do something like that,” and you wouldn’t be wrong. Kojima’s work could be aptly considered “balls-centric”. 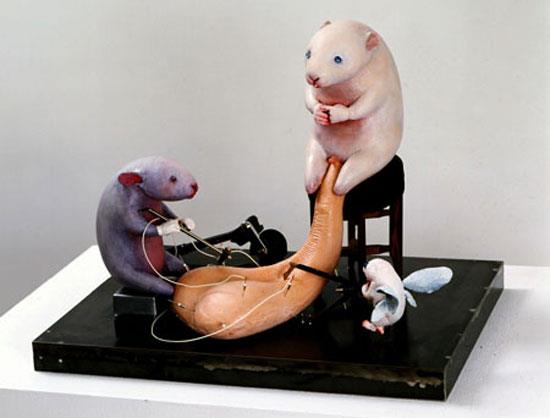 The Examination Room by Sako Kojima

I use a variety of medium including sculpture, performance, photography and drawing to explore the people of modern society. At present I’m interested in the psychology of diseased human psychology for the civilized world, because it’ s almost the same as my pain. Human is thinking animal therefore, we tire, sad, go mad. I ‘m thinking, I want to become just a small animal, because they don’ t meditate, they aren’ t thinking deep. It’ s the reason, I’m doing animal performance. But all of my works are rather optimistic than gloomy. At first sight, the works appear unique and cute but after time, the works show a sense of irony pain and sadness of individual human experience. 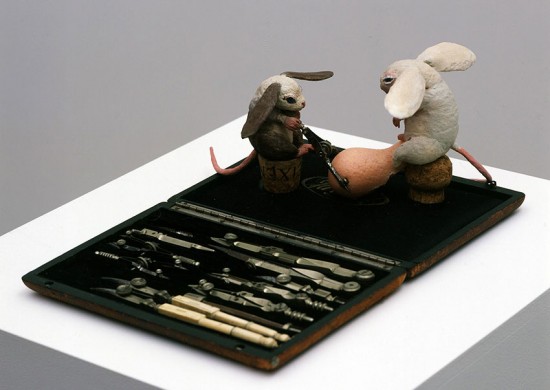 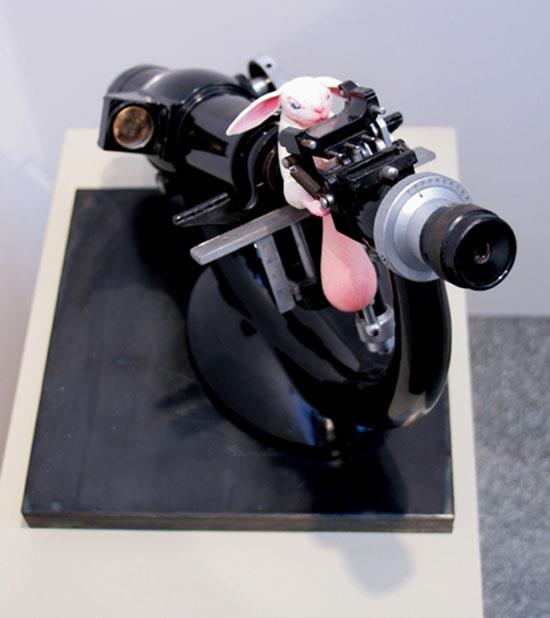 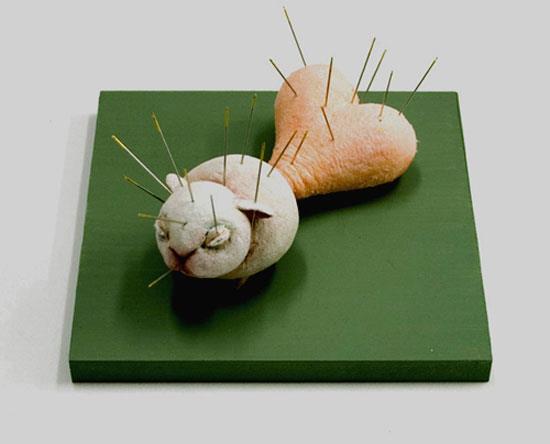 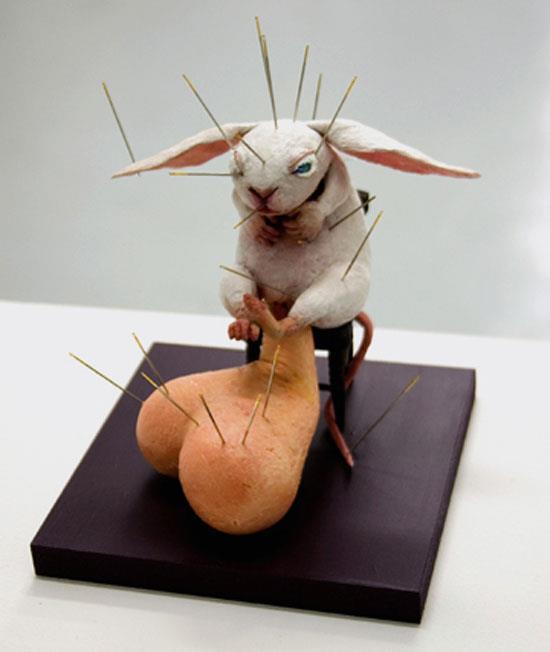 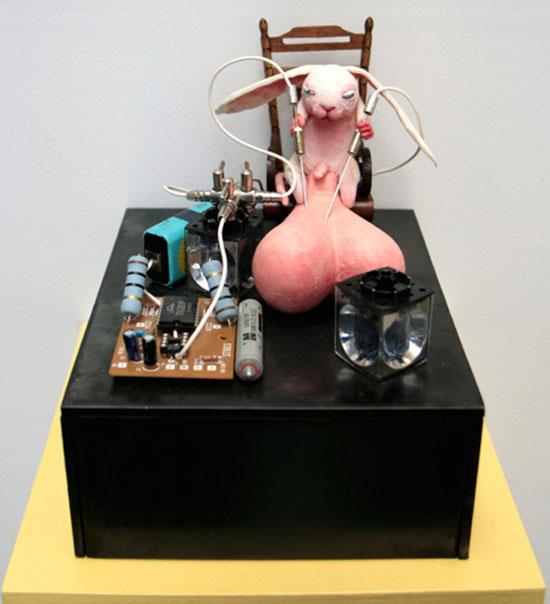 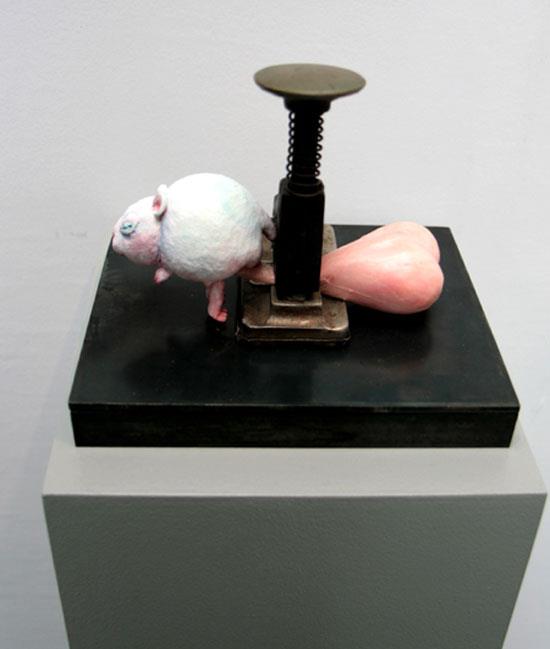 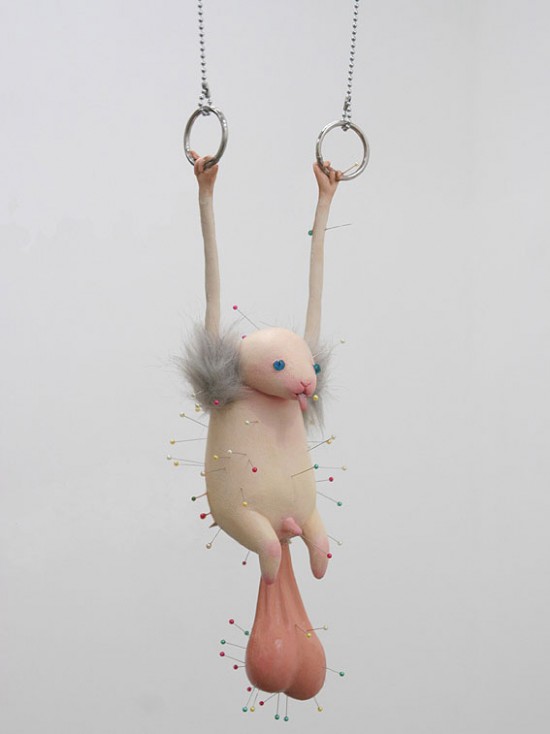