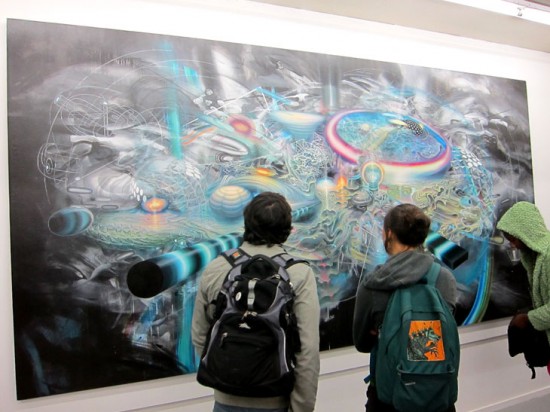 Occasionally it seems like the best artists show in LA, but then I’d rather hop a bridge to San Francisco and be with beards in a converted Busvans for Bargains than spend 6 hours on the I-5 to LA and feel noticeably non-blonde. Thankfully, Mario Martinez aka Mars-1 chose his hometown, and FFDG‘s temporary spot, for Everything Under the Sun. 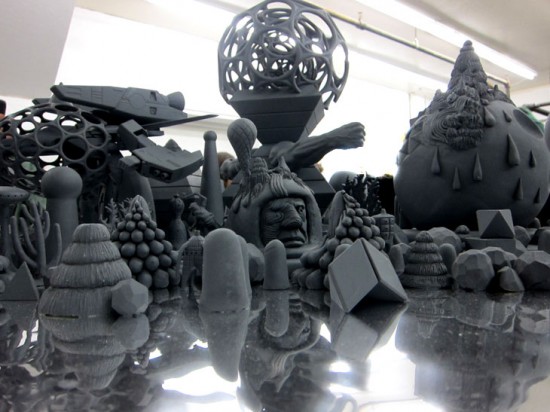 The paintings, installation and Mars-1 sculptures were epic in scope and scale. More and more, I understand the label of “complexity art“. It also seems fitting for an artist whose work incorporates elements of science and math to open a show on the numerologist holiday of 11/11/11. 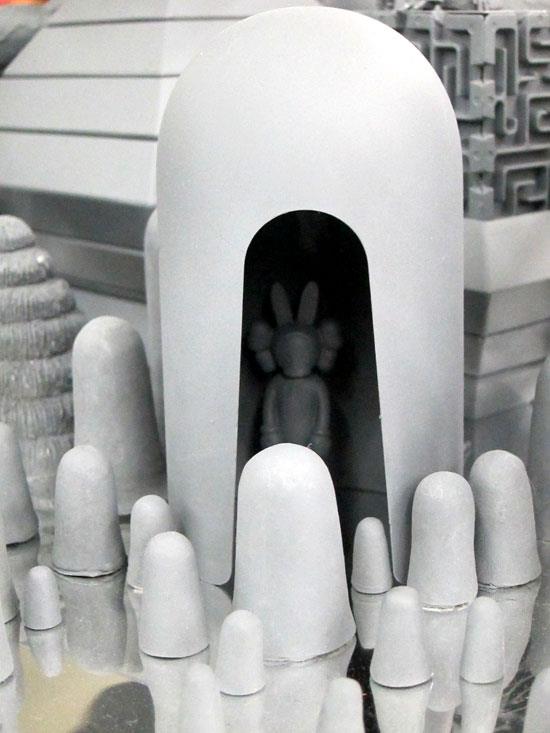 As a fan of Mars-1’s toy art, it was exciting to see his 2009 Untitled mixed media installation in the flesh. The futuristic concept city afforded 360 degree views of geometric elements and toys of yore. Mario even snuck a little KAWS piece into this ultramodern yurt slash Mars-1 sculpture. 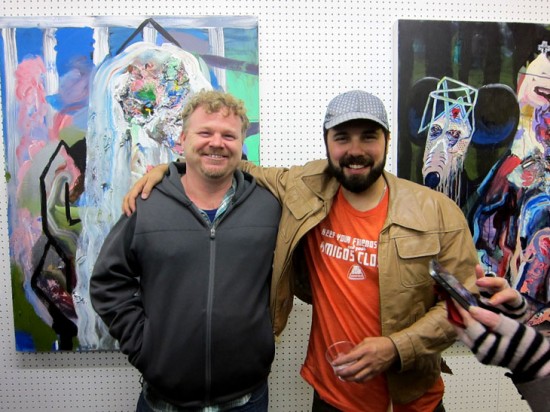 Speaking of Mars-1 toys, here’s Mario with Jim Crawford of STRANGEco. STRANGEco, of course, produced the terrific mid-2000s Mars-1 and Observer vinyl toys. Brin Berliner, who sculpted them, was also present, but he showed me something secret, so I couldn’t take a photo. Cool San Francisco toy peeps reunion and truly epic art from Mars-1. Go see it! 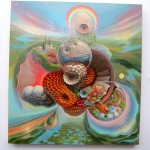 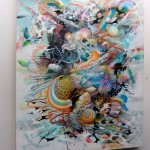 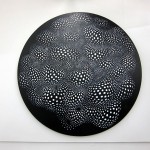 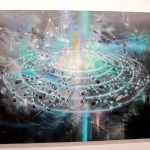 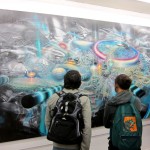 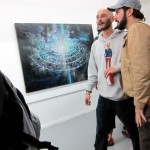 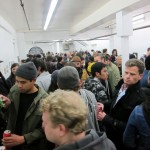 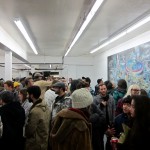 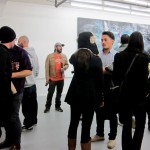 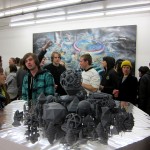 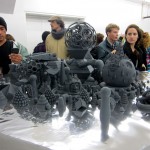 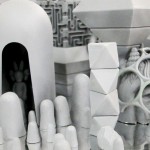 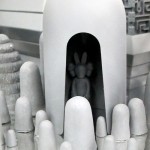 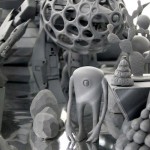 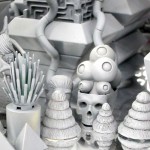 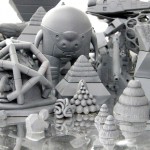 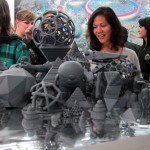 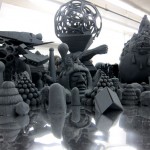 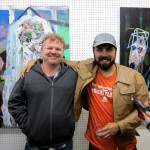