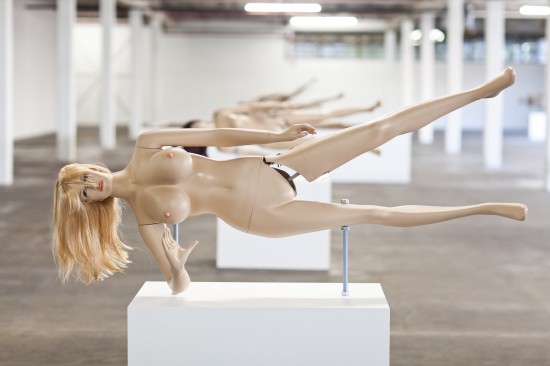 Here’s something you don’t see every day. (Unless you work here.) 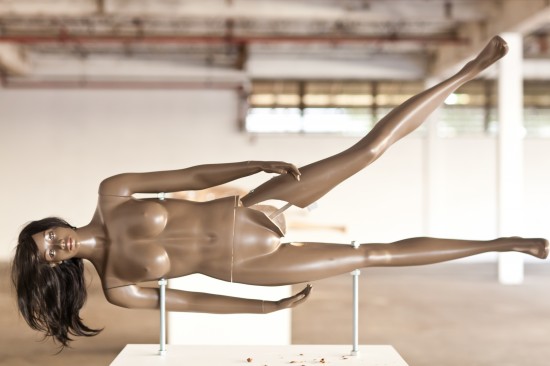 In 2011, Jennifer Rubell installed 18 life-size interactive female mannequin sculptures in Dallas Contemporary’s largest gallery space. The title of the installation, Nutcrackers, becomes clear when you note their odalisque legs akimbo position combined with the fact that they are surrounding a pedestal containing one ton of Texas pecans. 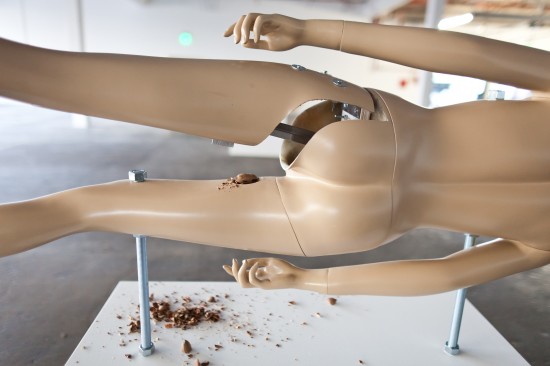 Visitors were invited to interact with each sculpture by placing a pecan in the mannequin’s inner thigh, then pushing down the upper leg to crack open the nut so they could eat it in the gallery. Is anybody else wondering why some artsy ad exec at Emerald Nuts hasn’t yet shouted, “I’d like to tap that!” 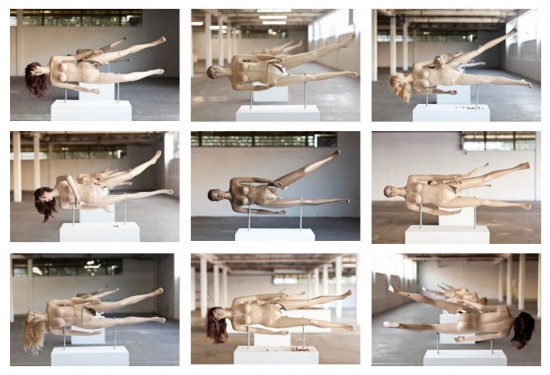 Rubell says she was “inspired by nutcrackers depicting female figures – in particular one found on the internet of Hillary Clinton – these interactive sculptures embody the two polar stereotypes of female power: the idealized, sexualized nude female form; and the too-powerful, nut-busting überwoman. The work also serves as a prompt to action, encouraging the viewer to transgress the traditional viewer-artwork boundary and complete the work by participating in it.” 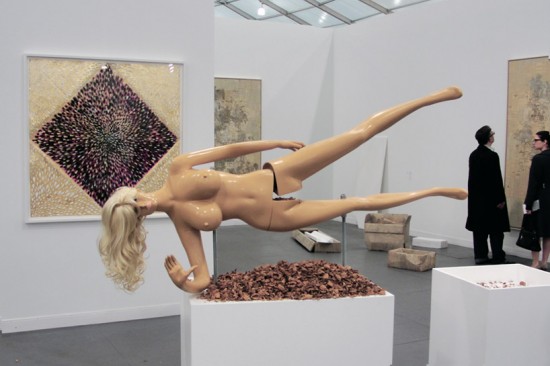 One lone Nutcracker was sent as a missionary (in concept, not position) to the Frieze Art Fair in New York last week. Click through for a video.