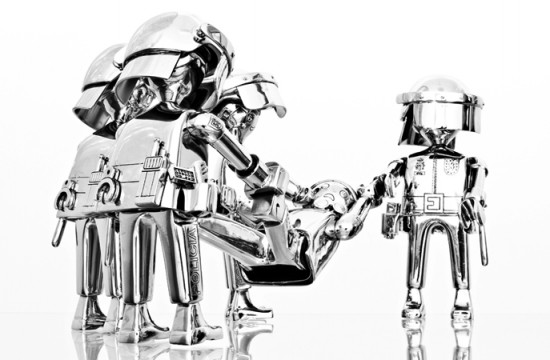 Hugo Orlandini is a Cuban-born, Barcelona-based, contemporary artist whose work often plays with politics. Like me, and probably some of you reading this, Orlandi thinks of art as having the power to transform:

I’m inclined to think of art as a transformational, creative and political energy that has sensorial, optical and mental consequences. A door that grants us access to new channels of perception in order to submit accepted systems to new questions. To explore, question, reconstruct; allegories, meaninglessness, in the hope that these concepts will suggest how I should compose the landscape of my oeuvre.

We’re so saturated with images of corruption and violence that we’ve become desensitized. When you look at the following newspaper photo of  Spanish police, you might unintentionally (or intentionally) take a “commercial break”. Maybe it’s the 10th story about immigration or uprisings or riots or cops on bad behavior you’ve read this week. But then imagine the same scene depicted with toys. Bet you don’t turn the page on Playmobile police, and I think that’s Orlandini’s goal. 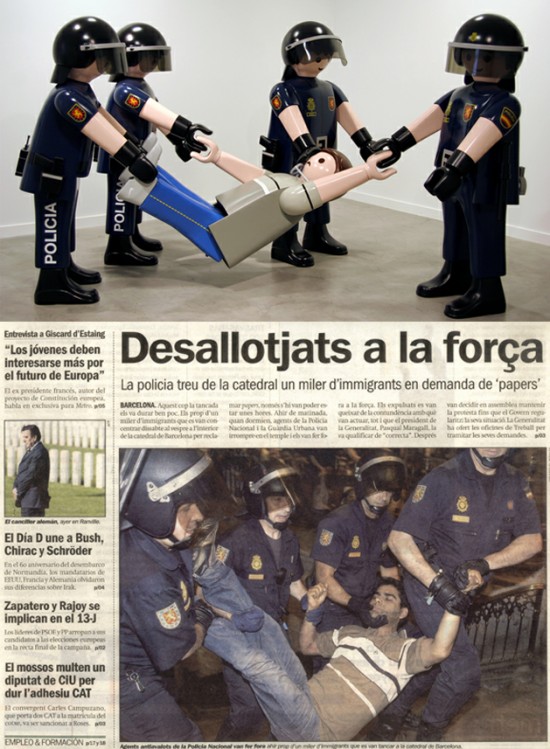 The images above are of Orlandini’s installations, Fortune’s fool I & II. He writes:

During the production process of my works I enjoy transforming objects, experimenting with different materials, evoking new representations and using media such as photography, sculpture and installations.

His latest project, Musical Box, is a small nickel–plated bronze statue based on a model of the Guantanamo Bay detention camps, and Pothole, a lifesize cell for similar circumstances. 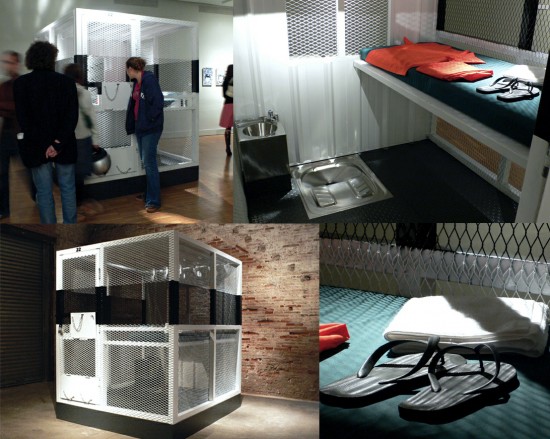