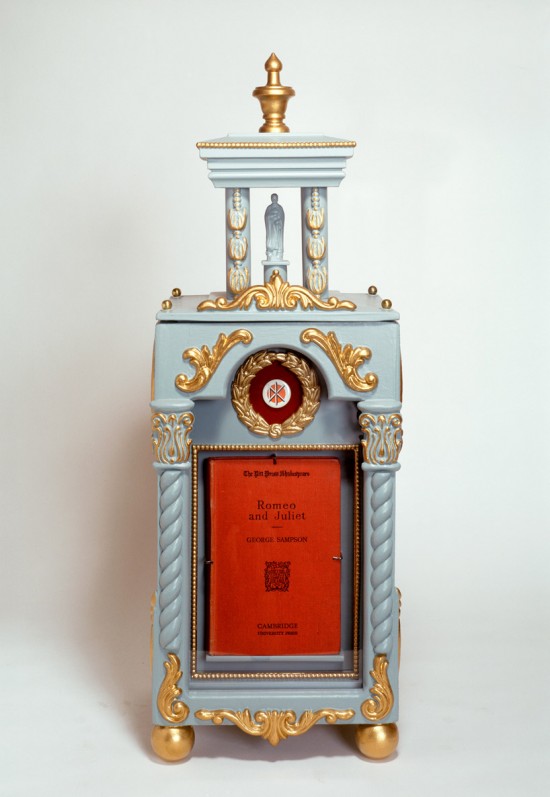 Jeffrey Vallance traveled around Italy studying the history of Christian spiritual sculpture, and when he returned, he created his own. The Word of God is his sculptural series of reliquary objects that positions pop culture items as revered religious relics. Vallance writes:

I intend no sacrilege toward relics; I am using the convention of reliquaries as a conceptual framing device to produce a kind of autobiography rendered in personal artifacts. My process of relic accumulation is a lifelong project, with some relics generated intentionally and some accidentally, and it will continue long after the end of this specific project.

Who else noticed the Dead Kennedys pin? 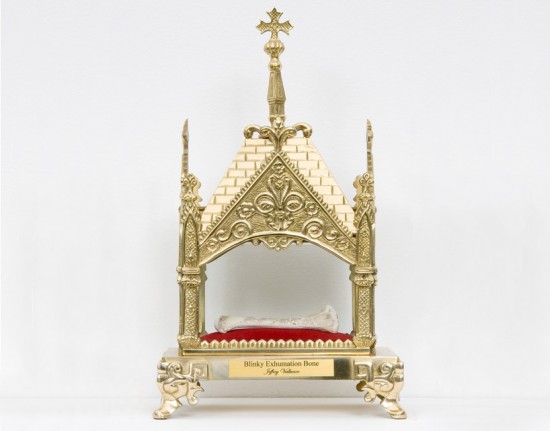 Vallance has a very interesting background. Wikipedia informs me that in addition to his objects, installations and political performances, he also inspired tiki art, designed punk album covers, hosted an MTV show about experimental music videos in 1983 and spent time as the “earthly spokesperson for the disembodied spirit of former US president Richard M. Nixon”.  The reliquary above is a reference to Blinky the Friendly Hen,  his 1978 project of purchasing a frozen Foster Farms chicken from a grocery store and burying it at a Los Angeles pet cemetery. 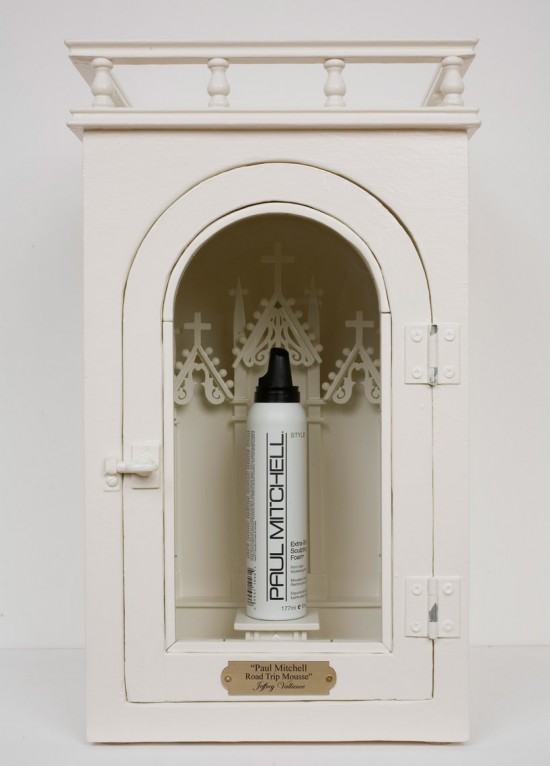