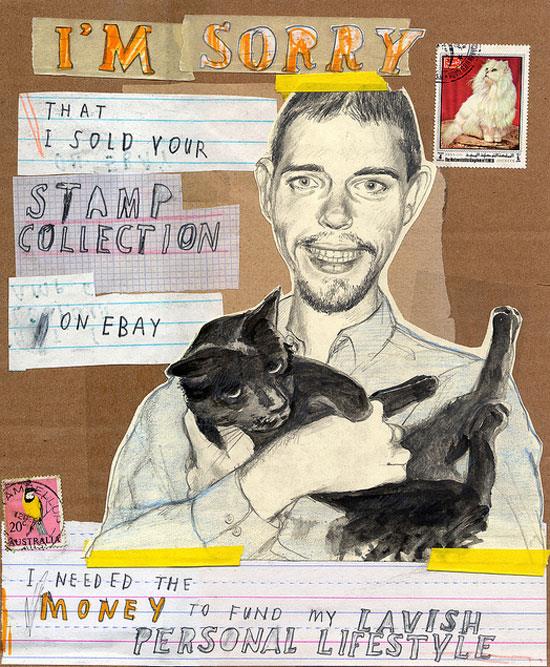 I’m so into this series of mixed media collages by San Francisco (by way of Scotland) artist, David Fullarton. About seven years ago, Fullarton began visually documenting “regrettable incidents in a life filled with bitter remorse”. I find his work very relatable! It also offers some painfully true insights into what it means to be American. For instance, there’s this gem from 2006. Fullarton self-published some of the pieces as a book entitled I Can’t Apologise Enough in 2008, but the title proved prophetic, and he began a whole new series of sorries in 2011. And these are a joy to read/see. 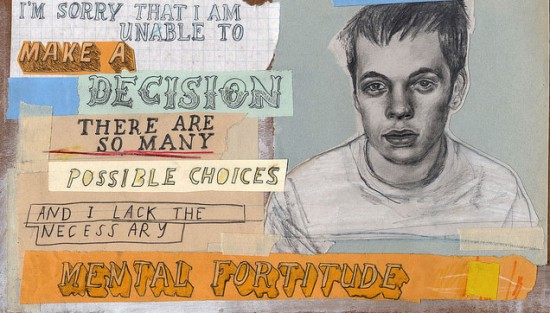 To create his vibrant and humorous paintings, David Fullarton mines the notebooks he has filled with odd words, catch phrases, numbered parking lot receipts, warnings, and instructions in foreign languages. Collaging text, numbers, and images onto brightly colored grounds, Fullarton delights in lifting phrases and images from their contexts and placing them in new surroundings that amend and redirect their meaning. With decidedly adult humor, the work celebrates the strangeness of daily life, memorializes events from his own past, and gently mocks common human foibles.

Like the subject of Fullarton’s piece above, indecision is my current reality. I know not which of his many extraordinary apologies to highlight herein! 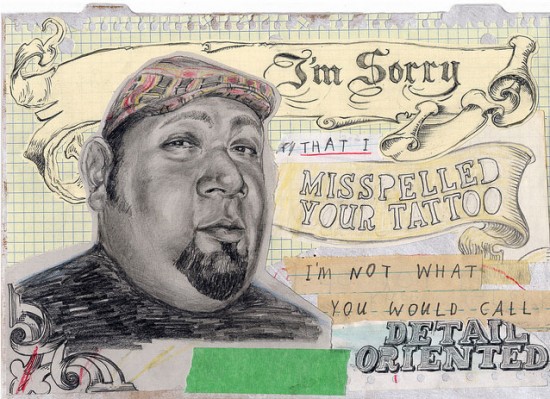 Fullarton studied graphic design in Edinburgh and worked in ad agencies in Scotland before moving to the Bay Area in 1995. Follow his WordPress blog to be in the know when next he’s showing around San Francisco. Or make no apologies about your geographic deficiency and lurk from a distance: See his latest apologies in this Flickr set, appreciate his lovely Behance portfolio, pick up some merch and ephemera at Society6, or get his first 40-page book of apologies on Blurb. 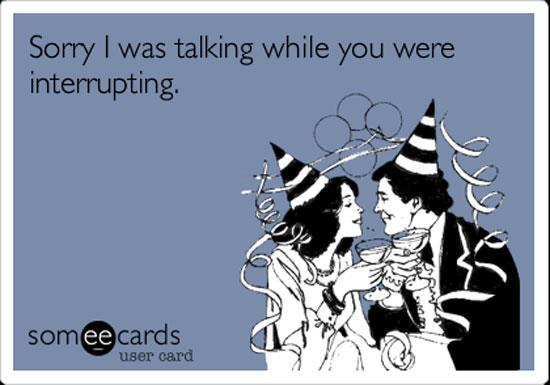 Speaking of acerbic apologies, you’ve heard of Someecards.com, right? When I first saw Fullarton’s art, his sentiment (not his style) immediately brought to mind the best (and most precise) electronic postcards on the Internet Superhighway.

Click through for more apologies including a brand new musical pairing from Nirvana (which was a very, very close tie with Morrisey’s “Suedehead”). 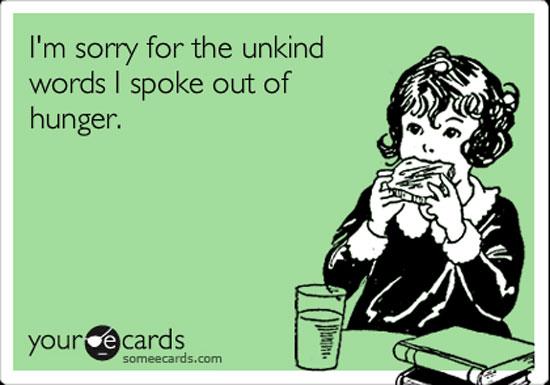 TRUTH! Or as Brutherford Industries would put it, “Sorry I got HANGRY.” 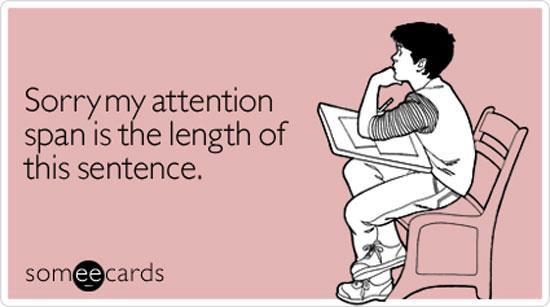 As for me, I’m sorry I can no longer afford to bombard you with the amazing amount of daily inspiration and distraction to which you’ve become accustomed (and deserve). If you want to help, a $2 bill from a whole bunch of you is all it takes! Click my greenback to go to Paypal. Thank you!