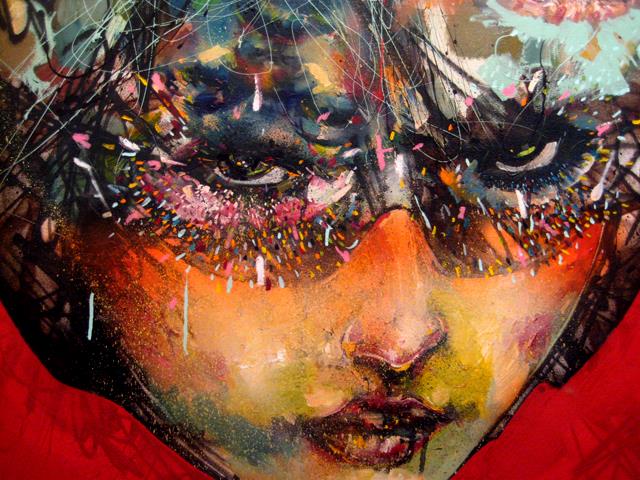 If you’re in or around San Francisco, you really should go check out David Choe’s Character Assassination at FIFTY24SF in the Lower Haight now through March 24th. When David paints, it looks like he’s channeling something. When David writes, it’s completely unfiltered. I was really in awe of the show as a complete body of work–and surprised by its diversity. Once you take it all in, get yourself a price list. You don’t need your wallet, because everything’s sold out already. But read the titles for some insight into David’s mind. Some people might find it hard to focus on the art amongst the orifices. But I like what Upper Playground wrote about the show, in particular how living indulgently can give way to complete creative freedom. 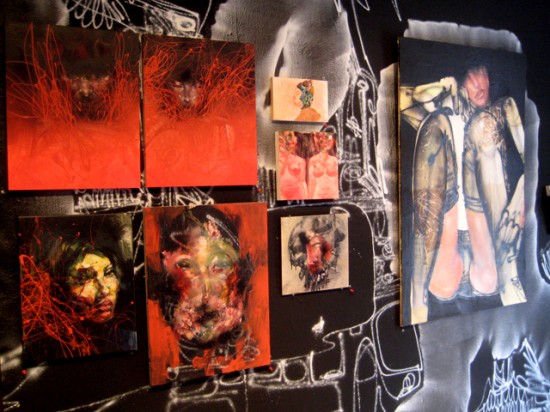 David wrote his own commentary, entitled Yay! Area,  on his blog. Here’s a (rare) clean sample:

Some may have noticed my gratuitous or even obscene amount of red paint used in my latest body of work, I was fucking angry and I wanted to paint the town red, what can I say , thank god I have painting as an outlet.

This is an interesting topic for another time, but a really good one. Thankfully, we do have canvases and paper and film screens to channel our angst. Didn’t David Lynch just tweet a similar message earlier this week? 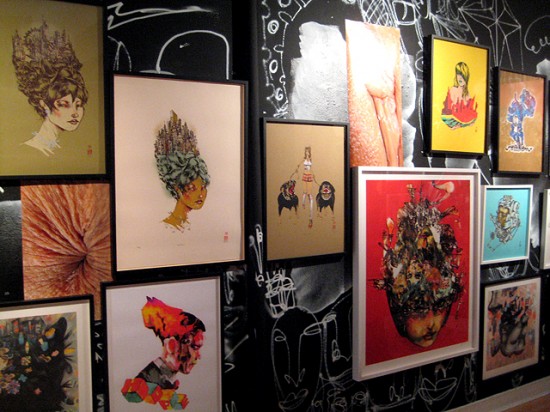 I like David Choe. I like that he had a column in Giant Robot. I like that it pissed people off. I like that several issues back when his CHOEGAL toy was about to come out, he called into question the lack of history in other popular vinyl toys.  I like that he does his own thing. I like that in between outbursts of other emotions, he remembers where he came from. And I really liked his show. So go check it out. Rumor alert: For everyone who was priced out of a David Choe painting or print, something cheaper and softer may be on the way.