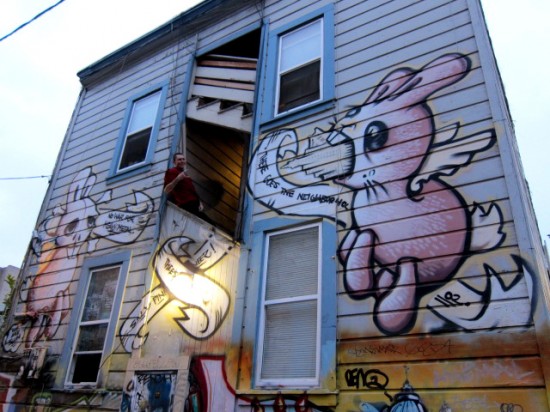 Sometimes it takes a visitor to remind you how cool your home city actually is. The Clarion Alley Mural Project was established in 1992 by a collective of residents from San Francisco’s  Mission neighborhood. Its canvas of garage doors and buildings changes over the years due to acts of street art, curation, inspiration and degradation. These Silly Pink Bunnies by local Jeremy Fish have been up since 2002. 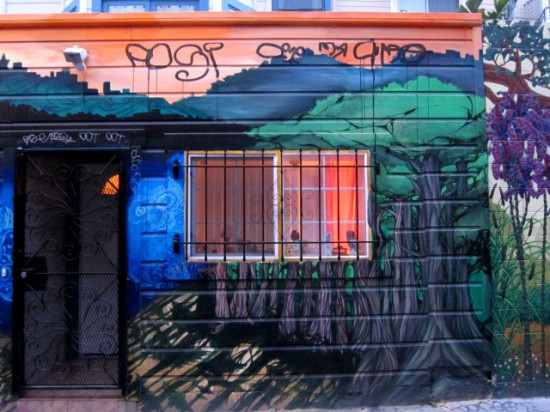 CAMP was directly inspired by the mural cluster in Balmy Alley focused on Central American social struggles. CAMP did not choose a single theme however, instead focusing on the two goals of social inclusiveness and aesthetic variety. As a result CAMP has produced more than 150 murals on and around Clarion Alley by Latino, Caucasian, African-American, Native American, Asian, Indian, Queer and disabled artists of all ages and all levels of experience, with an emphasis on emerging artists and new styles. Over the years CAMP has worked with many talented artists, most of whom are just starting their careers and looking for opportunities to publicly display their work – some would identify themselves as primarily muralists or public artists, for others it’s a chance to create public work for the first time. 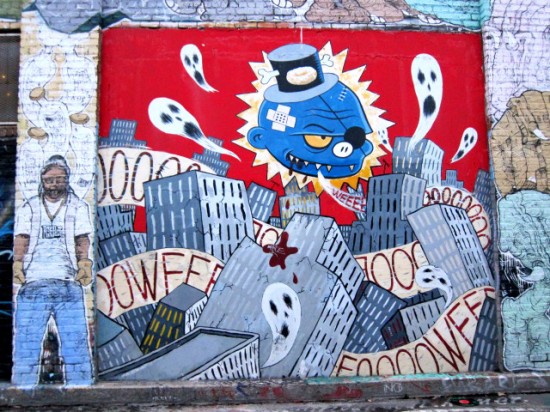 It’ll take you 15 minutes to stroll this alley, more if you stop to take in the work (and, by default, that signature alley smell). The murals are ephemeral by nature. Take pictures. 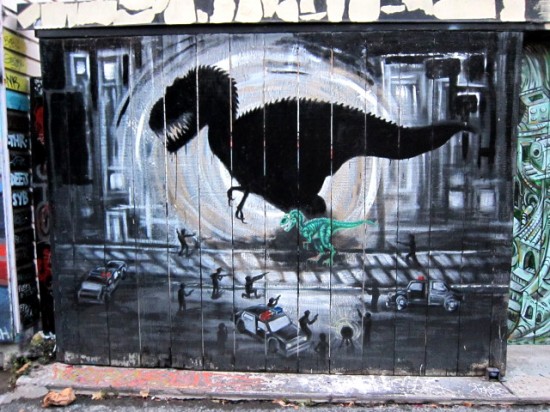 Clarion Alley runs between Mission and Valencia, parallel to 17th and 18th streets. Thanks to Task One for the tip.  Click through for more snaps of what was up when we went down. Be sure to note the police station at the end of the alley. #onlyinsanfrancisco! 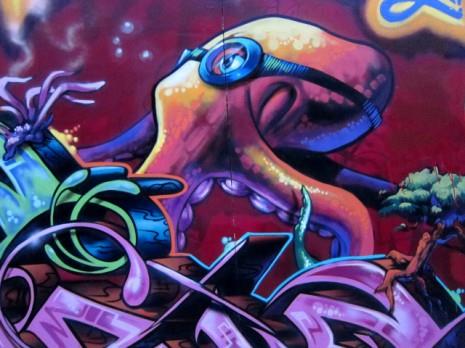 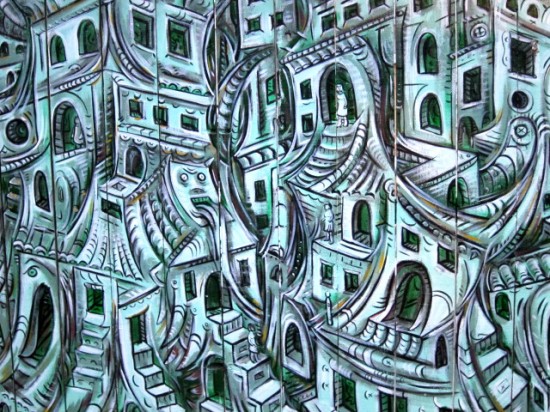 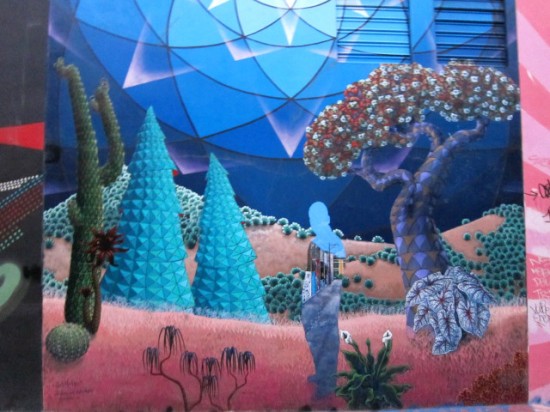 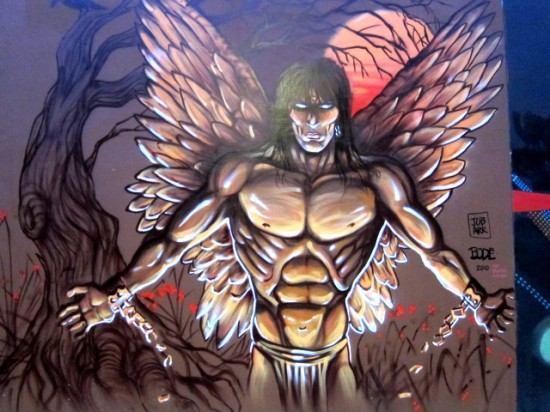 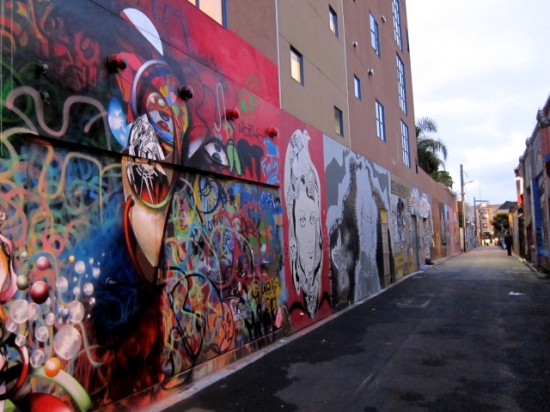 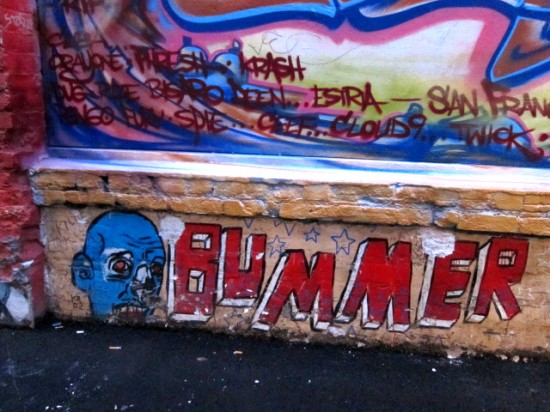 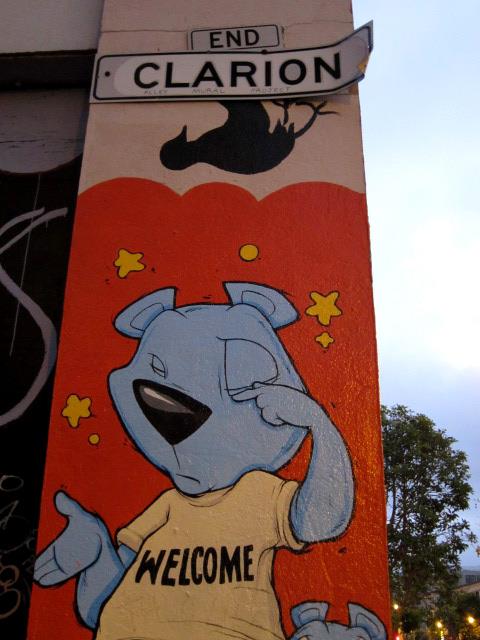 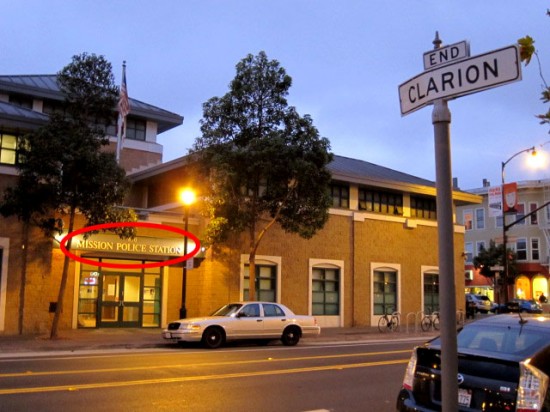