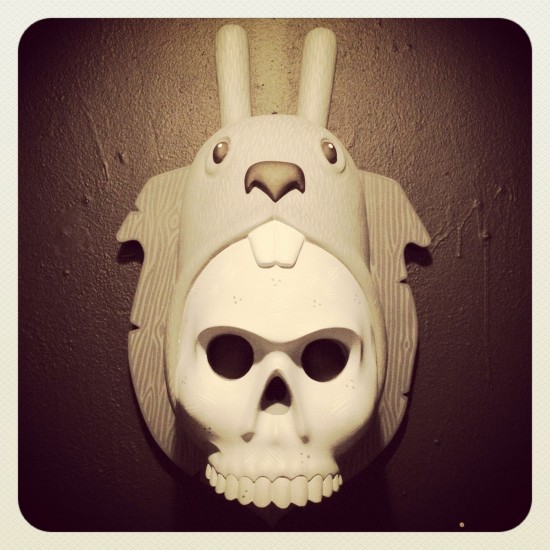 Jeremy Fish returns to San Francisco’s FIFTY24SF with a Sanfrancentric solo show of new work. It’s like he never left! And technically, he hasn’t. The North Beach resident (voted “Best Artist in SF”) has had significant art openings in other cities (notably Listen & Learn at Joshua Liner Gallery in NY), but this is Fish’s first major solo exhibition in San Francisco since 2008’s Ghosts of the Barbary Coast.

For Where Hearts Get Left, Fish created 60 new pieces, including sculptures, drawings with intricately carved frames and a series of 50 ink on Bristol board illustrations. The collection reflects Fish’s love for the city of San Francisco; a love that is mutual. 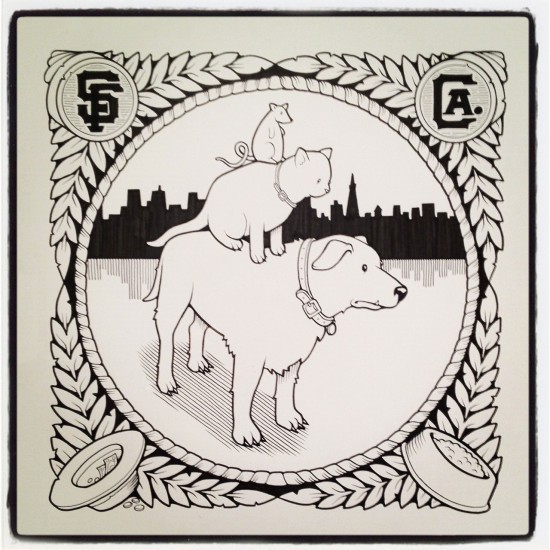 Bay Area residents are likely to recognize the colorful characters depicted in Fish’s black and white illustrations. Fish’s decision to render San Francisco’s people and places in the stark absence of color seems to suggest a formality and respect for his subjects. (Either that, or the black/white/grey scheme palette pays homage to San Francisco’s fog.) Look out for landmarks like Fecal Face and City Lights.

Cat Rat Dog is one of my favorites from the collection of new illustrations. Check out the real life inspiration for the piece (Gregory Pike) in the video above.

The majority of work from Where Hearts Get Left is already sold out, but a few of the black and white illustrations (like the artist’s self-portrait below) remain available ($800) at press time. 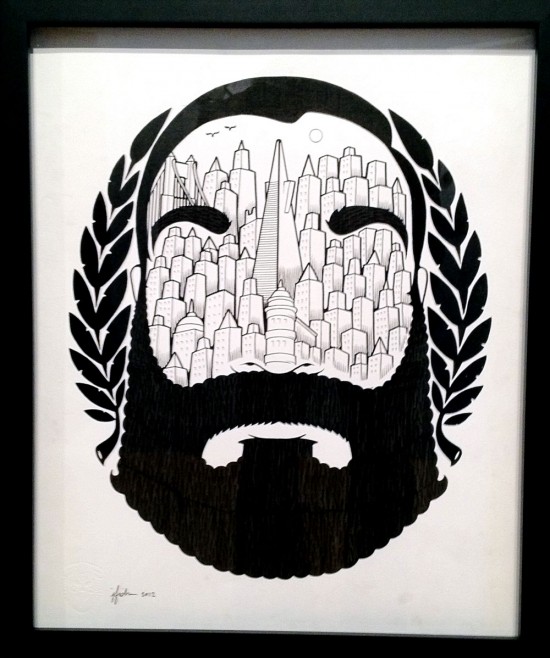 The show is up for a couple more weeks in San Francisco. Go check it out! Click through for a few more images from Where Hearts Get Left. 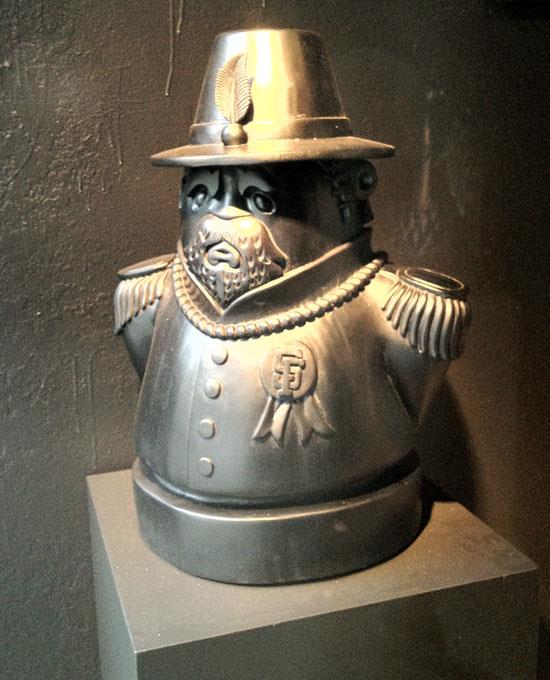 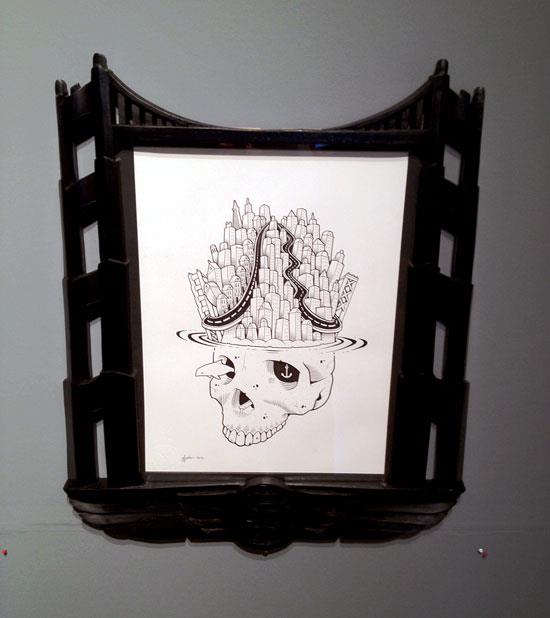 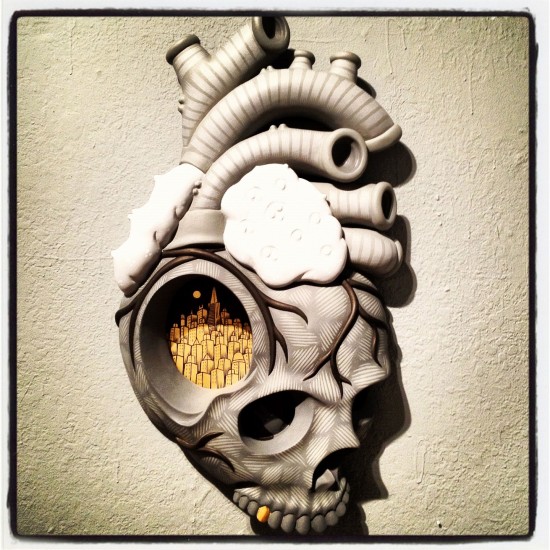 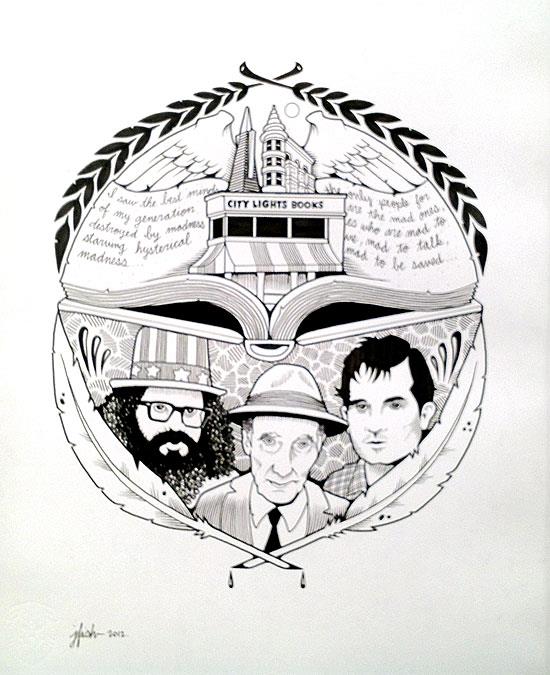 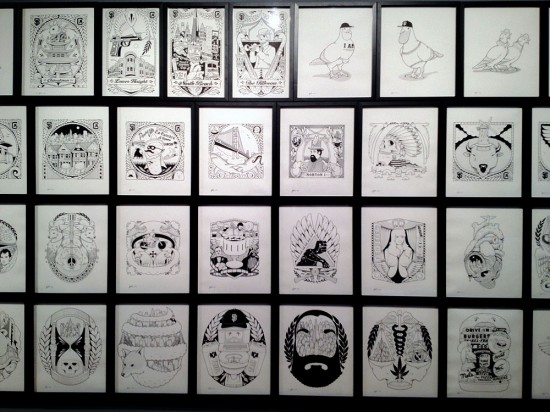 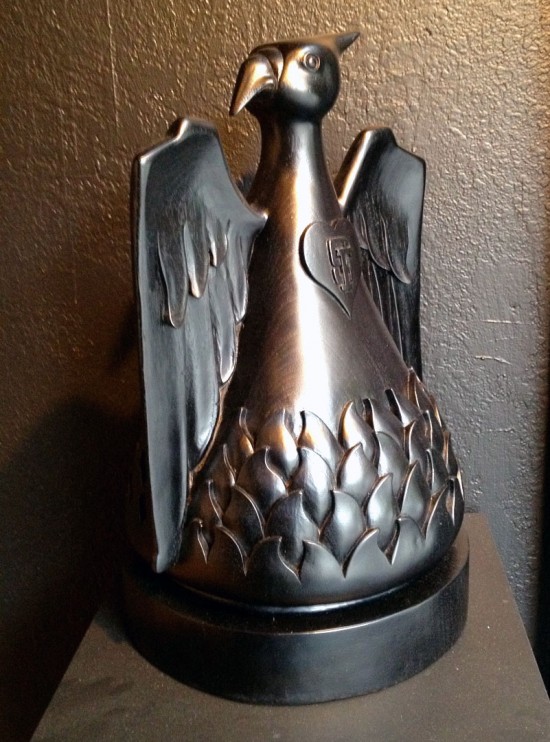 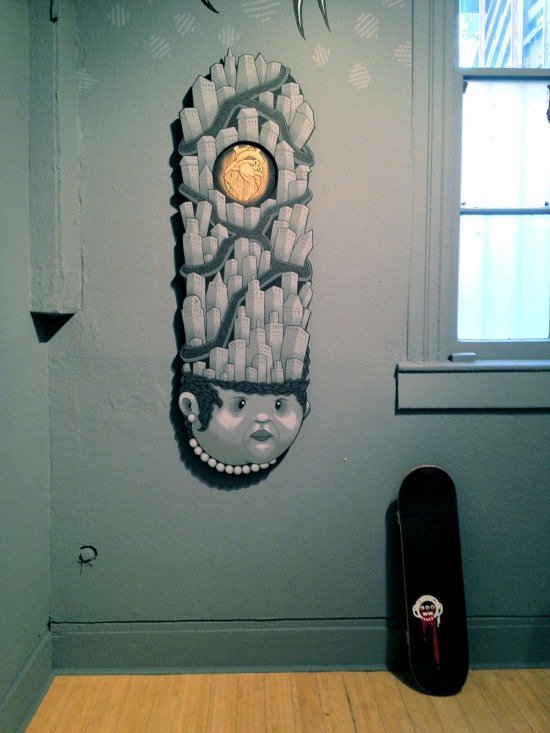