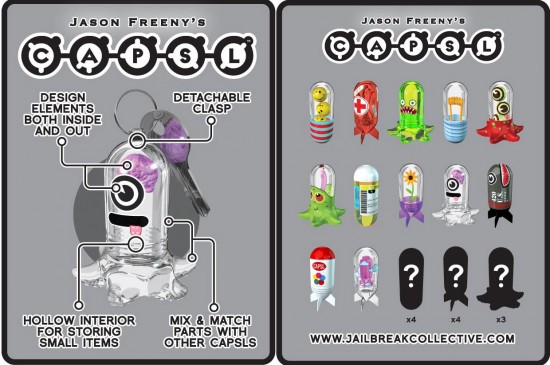 Some hardcore collectors compare toy collecting to drug addiction. Both activities begin in pursuit of pleasure. Both produce fleeting joy. Both leave you wanting more. Jason Freeny‘s CAPSL toys can be considered a two-for-one special: Open the blind-boxes for an adrenaline rush or choose whichever design spikes your dopamine. 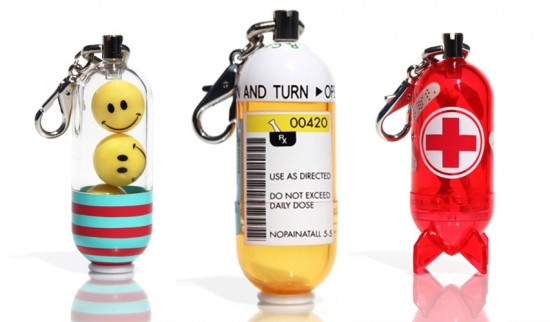 For the next three days, Fab.com will be your dealer, pushing Freeny’s CAPSLs at discount prices. Go on a bender with the full set for $99 or satisfy the need for risk and reward with a combination blind-box and open-box for $14.  I sat down with CAPSLs designer Jason Freeny and producer Jason Feinberg to get the straight dope. 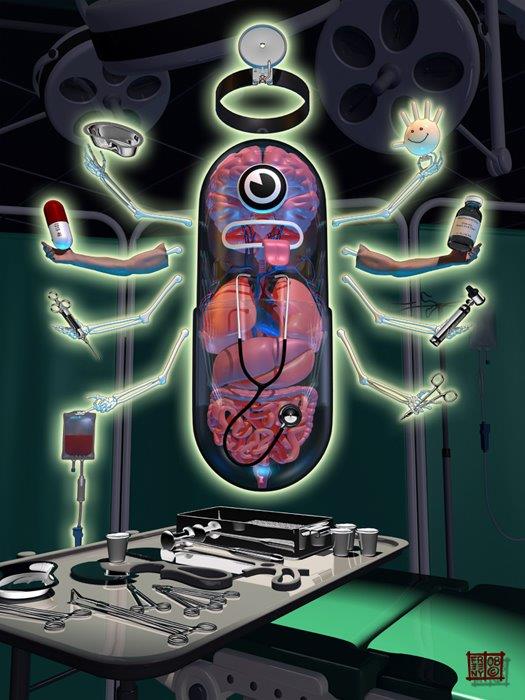 When and why did you design the CAPSLs?

Jason Freeny: It all started as an illustration. Years ago when I worked as a toy designer, I’d create storyboards of concepts and features that would be used to pitch designs to toy companies. I really enjoyed this process and created a whole slew of these storyboards; they really were beautiful infographics. Although I’m contractually forbidden from showing those, I continued to be interested in the process, and I wanted to create an illustration of a toy concept strictly as art. This idea became CAPSL. 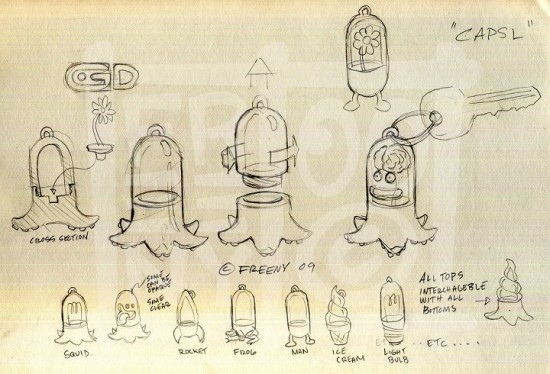 How did you choose the 2D designs and 3D contents for each piece?

Freeny: It began with the flower inside a bomb; the juxtaposition of those two elements was very striking. As with all good product design, simplicity of the elements and minimal tooling and molds were thought out: One top shape and three bottom shapes, all interchangeable. I spent a good amount of time trying to come up with a variety of 2D graphics and a few simple internal elements…an interesting yet simple selection. 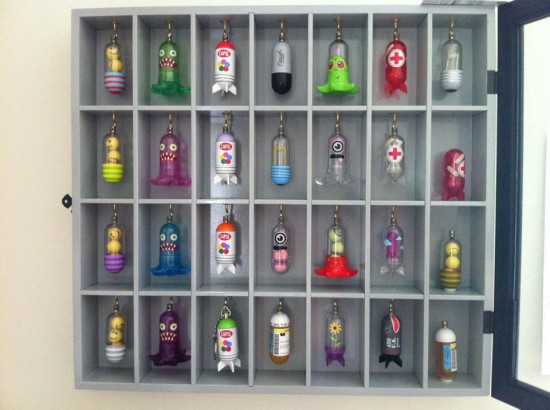 What was it about the CAPSLs that made you think, “These need to be made”?

Jason Feinberg: First and foremost; the fact that it was Jason Freeny. I was a big fan of his work well before I’d ever met him. When I got the chance to work with him on a product (thanks to one Jeremy Brautman, incidentally) I wasn’t going to let it slip away. The reason I wanted to make the CAPSLs in particular was because I loved the fact that they had a function. We are a product design company, and CAPSLs offered me a chance to produce a designer toy that’s totally accessible to people outside of the community too. For a whole slew of complex reasons, I think non-toy collectors feel a need to excuse themselves because they think buying a toy isn’t a “grown-up” thing to do. The nominal practical function of storage, became an elegant solution to that problem. It broke the barrier. 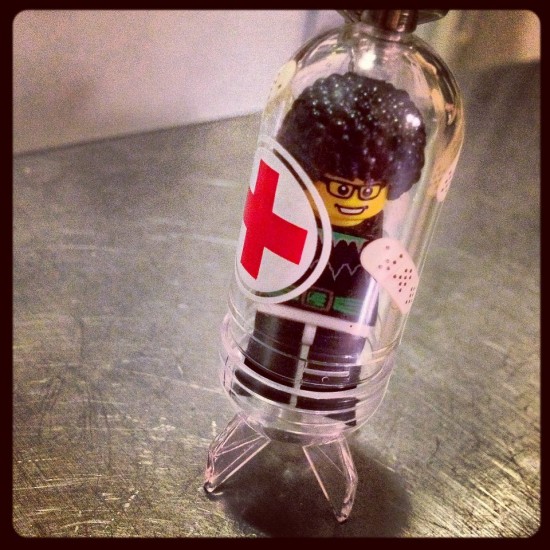 Speaking of barriers, what’s the oddest thing you’ve seen or heard about being put inside a CAPSL so far?

Feinberg: I did a photo shoot where I filled them with everything I could find in my house to see what would look the coolest. Aesthetically, my favorite was one that I filled with finely ground coffee. But the coolest thing so far is Freeny’s daughter using them as storage units for her Squinkies. It’s always more fun seeing how kids use things. 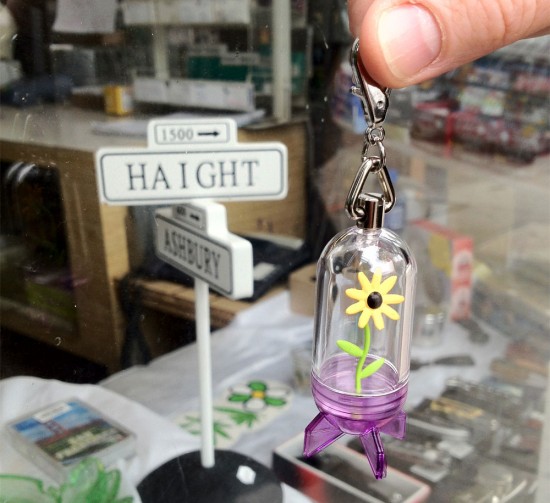 What does “It’s what’s on the inside that counts” mean to you?

Freeny: In most of my work, I explore both the interior and exterior of objects. I like for someone’s eye to be able to view interior depth, not just a surface graphic. The inside is just as important as the outside.

Feinberg: Freeny is known for anatomies which quite literally depict the insides of characters, and that aesthetic has made it over to the CAPSLs in characters like Brain Squid and Medicine Man. But then there’s also the storage aspect. So the tagline implies that it’s what YOU put in to your CAPSL that matters most. And finally, there’s the old cliche, which is actually a really beautiful one, and I think it probably appeals in a corny way to anyone who was ever creative or different. 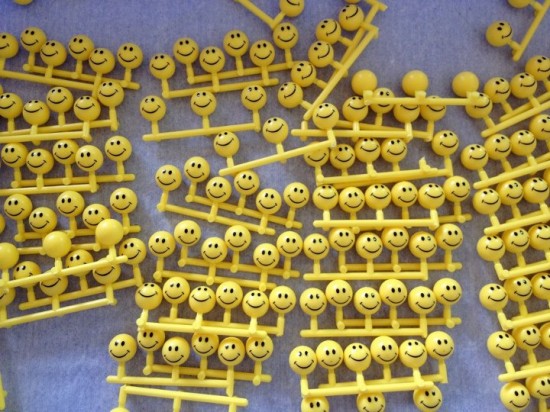 Tell us the contents of the CAPSL that’s currently in your possession.

Feinberg: I will have to take the 5th on this question! 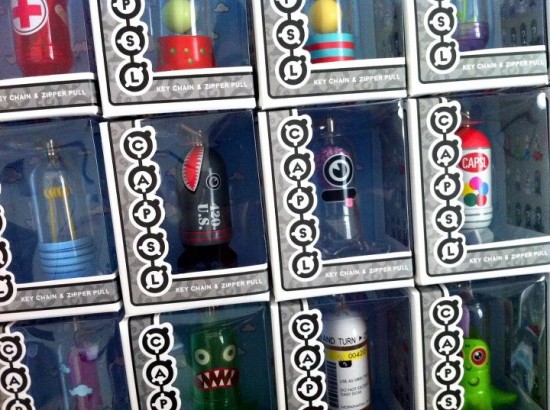 Stock up your medicine cabinets and toy cabinets at the same time! Click here to buy CAPSLs on Fab.com. 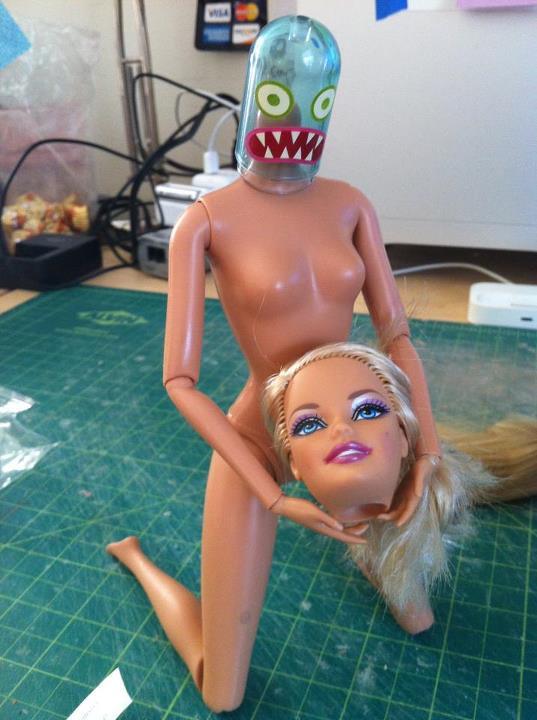