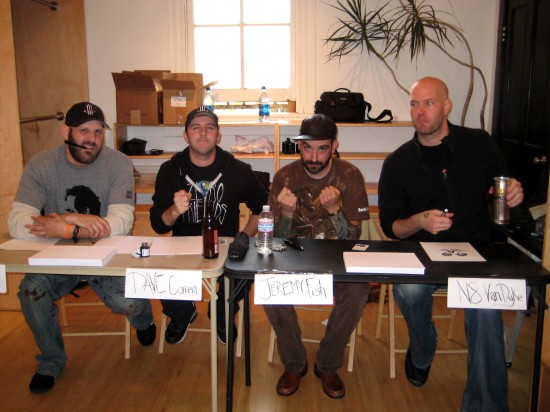 Sketch 4 Sketch set off in Sacramento, sketch-tripped across America and returned (triumphantly and not even really that tiredly) to San Francisco on Saturday. Tourganizers Alex Pardee and Dave Correia were joined by fellow locals Jeremy Fish and N8 Van Dyke. 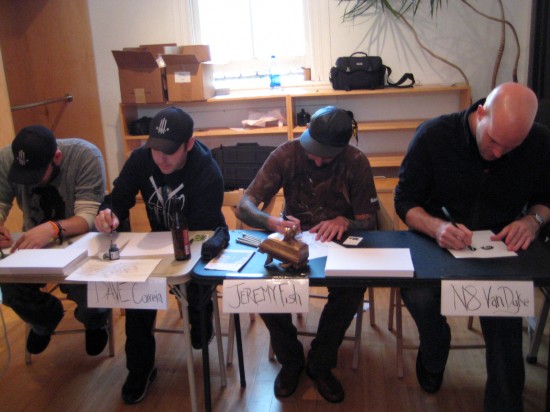 The tour was dreamed up as a way to reignite Pardee’s creativity after personal circumstances had thwarted the usually prolific artist. Another goal of the project included meeting new people and giving back. Or in Alex Pardee’s words, he and Dave Correia were “hoping to not only meet fans and friends, but to trade quick sketches (or ANY kind of art) for quick sketches in order to jostle their imagination and drench them in inspiration, and in hopes of mutually offering some inspiration of their own.” When I ran into Pardee the night before Sketch 4 Sketch at Rob Bowen’s show, he felt really happy with the status of both goals. 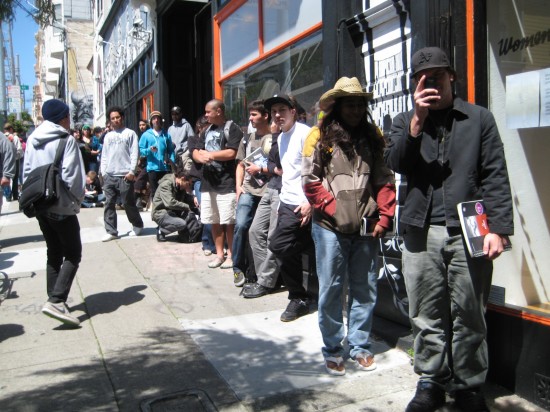 The line outside Upper Playground was strong with support. It’s a really unique experience to be able to trade a piece of your own art for that of an established artist, perhaps even one (or four) of your heroes. [Yes, even yours truly attempted to draw something for the occasion.] Notably, the tour took advantage of social media, using Twitter to seek out and spread the word about the 30-odd spots in which they stopped to sketch. 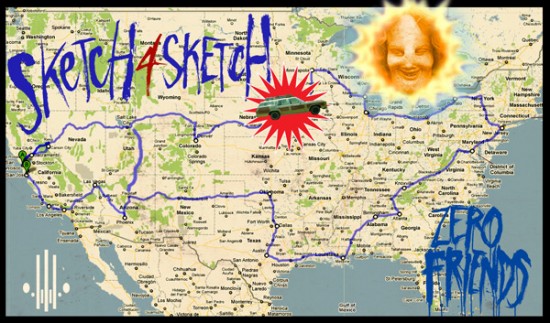 I’m really glad that Pardee got what he was looking for, and judging from fans I’ve spoken to from New York to Phoenix, the feeling was mutual. One girl I met in line had sewn her first plush for the event. That’s really cool. It’s no secret that I like to see the artist’s hand in toy art, but last week after watching seven artists sign my copy of Further at SFMOMA, I realized I also kind of really just like to see artists’ hands period.  Click through to check it out. Thanks to Alex Pardee, Dave Correia, Jeremy Fish, N8 Van Dyke, Stephen Reedy and Upper Playground for making this happen. 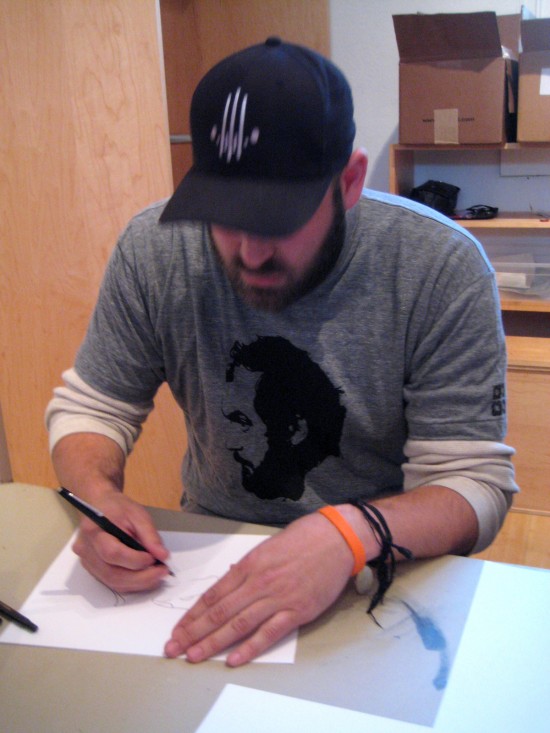 When I say I can’t draw, I really mean: I CANNOT DRAW. I drew some cheese. Alex riffed off my cheese in his sketch, and then he moved my cheese along the table. [That’s a little “Who Moved My Cheese?” joke for people who have read the “world’s bestselling book inviting individuals to enjoy less stress.” Obviously, I have not.] Thanks, Alex Pardee! 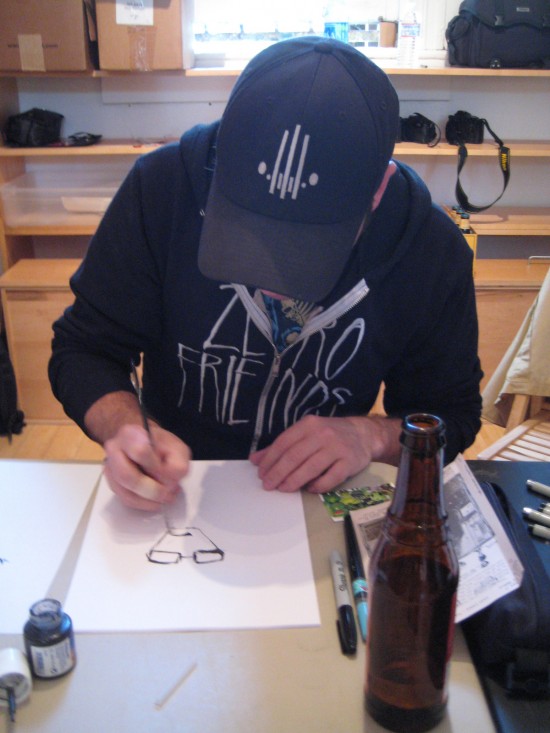 Dave drew me. A scary skeletal version of me. Which is awesome. Thanks, Dave Correia! 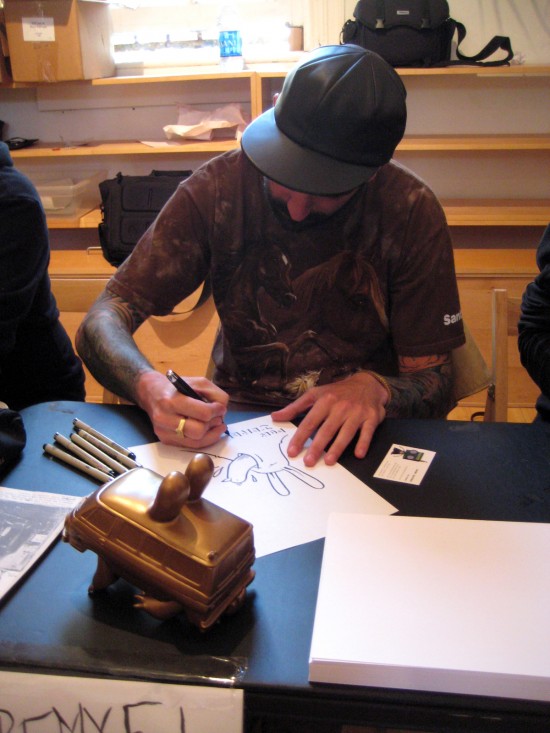 Fish drew me one of his trademark bunnies and lettered it along the bottom with our mutual name. He goes back and forth overseas so often these days; it’s really an honor to catch Fish [sorry] for a sketch. Thanks, Jeremy Fish! 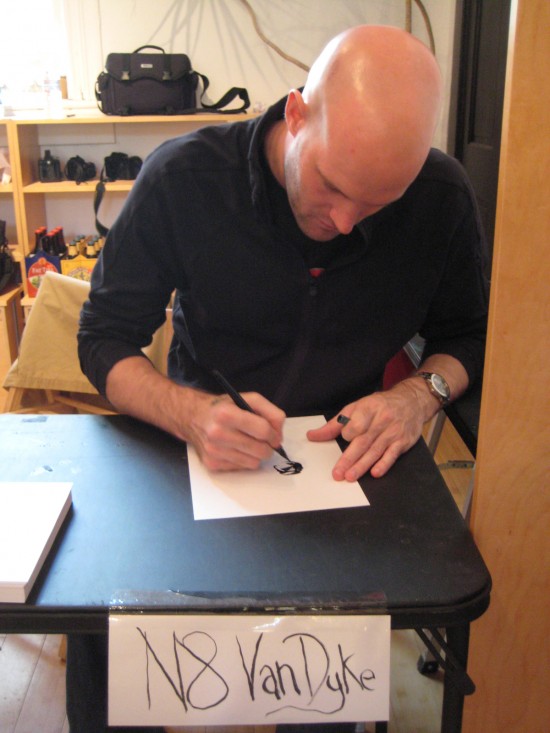 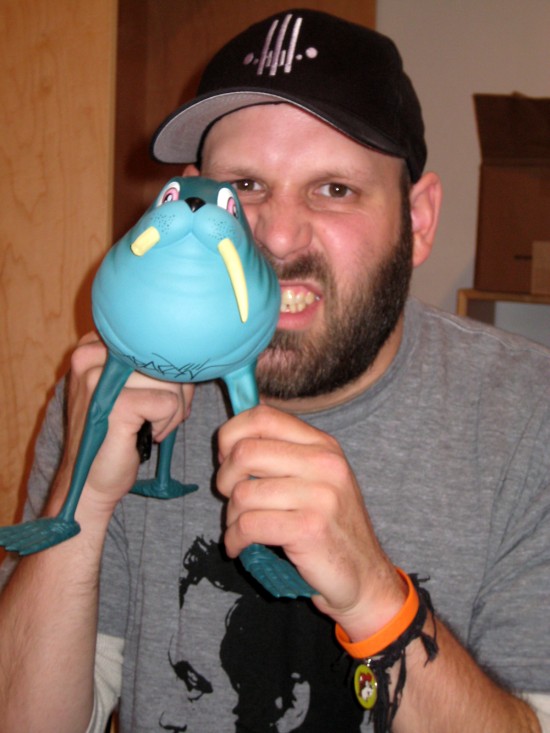 OK well yes, there was a bit of a rule about bringing toys…but here’s a final photo of Alex Pardee and his blue Walrus Rider anyway.