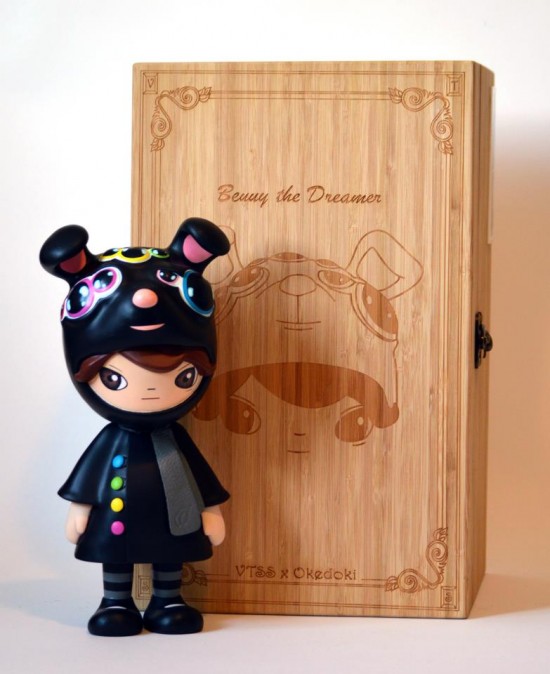 I’m starting to sound like a broken record, but I’ve yet to be proven wrong. When it comes to customizing toys, the artists responsible for creating the original characters are second to none. (See proof via: Travis Louie’s Stan Skelves, Yosiell Lorenzo’s Poison Sweets and Jon Knox’s Codys.) Canadian artist and hypothetical Eskimo, Okedoki, is the first returning artist among this special group of artists who have customized their own characters (previously: Puck). Meet Night Dreamer Benny. 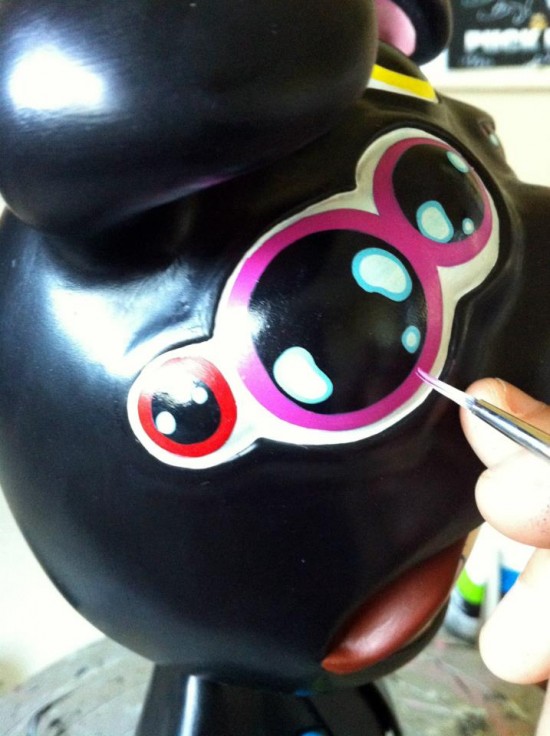 These beautiful black Bennys are limited to 28 pieces, all hand painted by Okedoki. I believe these guys are all already spoken for, with the exception of three Night Dreamers that will be available during New York Comic-Con at the Designer Toy Awards ceremony this Saturday night. 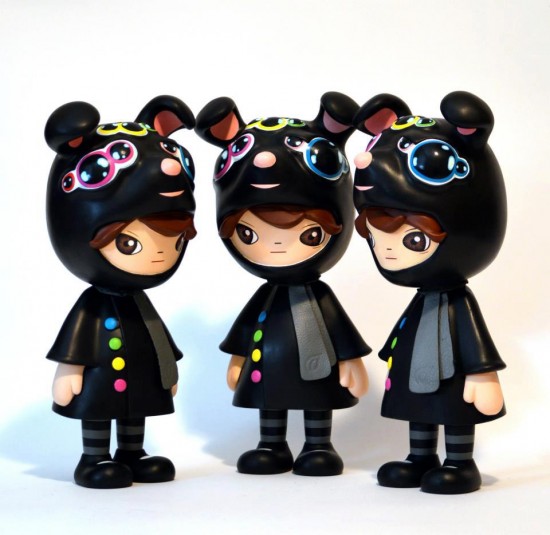 I like thinking of Okedoki up north in her igloo painting those scarves and striped socks. Benny the Dreamer was originally released in April of 2011 and has since sold out. Each artist edition Benny the Night Dreamer is signed and numbered by Okedoki and comes in a laser-etched bamboo box for $350. Sweet dreams. 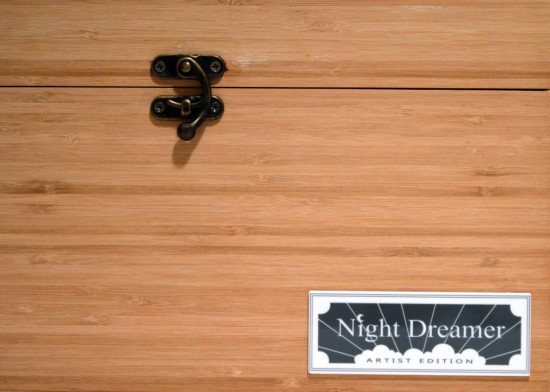