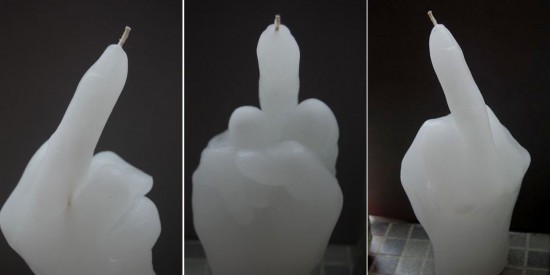 Feeling like those Guy Fawkes masks (made popular by the Occupy movement and now available at Party City) are kind of played out? Perhaps you need the kind of clear message that comes from a universal hand gesture. 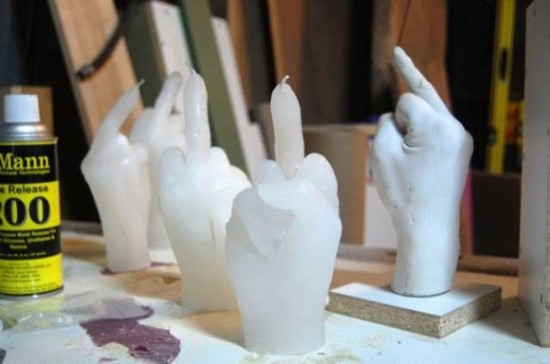 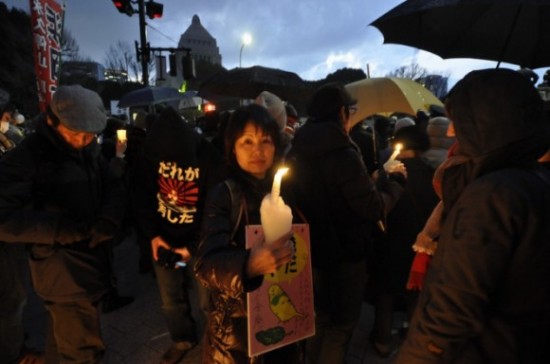 The candles were originally used to protest the use of nuclear energy in Japan on the anniversary of the tragic 2011 tsunami. Later that year, Matsumoto nearly sliced off his middle finger while cutting wood in his studio. Luckily, he was OK, but he says that the consequences of losing that digit would have been equivalent to losing his voice. 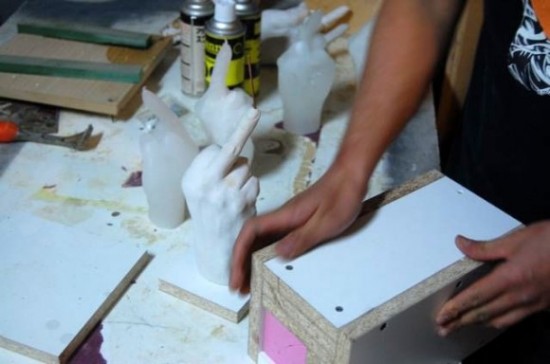 Spoon and Tamago visited Matsumoto in his studio last month and got a look at his process of sculpting and producing the candles. As you can see from these photos, the hands are hand-made. As the candles burn, the middle finger melts away, leaving a deformed stump of a hand. Johnny of S and T explains: “It’s symbolic of the human tendency to only be able to communicate after things are badly damaged.” So true. So sad.

Nao Matsumoto’s Finger Candles measure 9.5 inches tall by 4 inches wide. They;re shipped with stickers, and portions of the proceeds will be donated to protest events of Matsumoto’s choosing. All this for $25, but only through August 5th! Order at the bottom of THIS blog post. 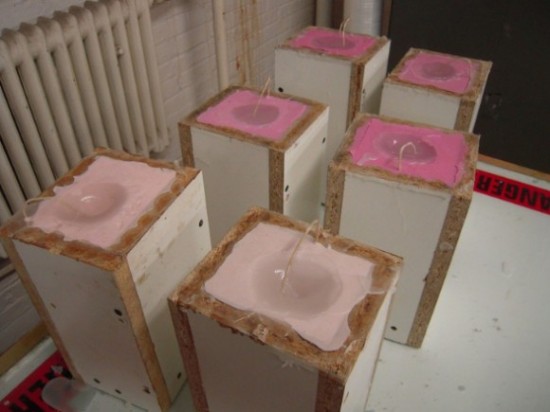 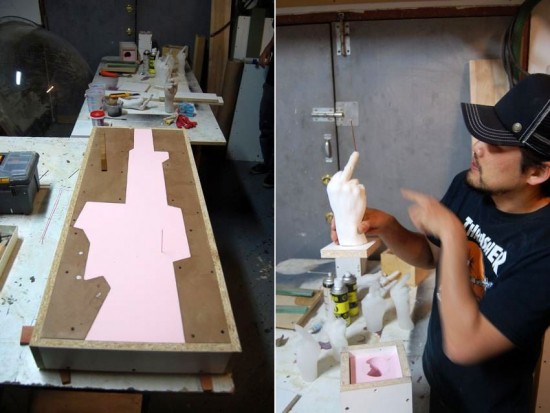 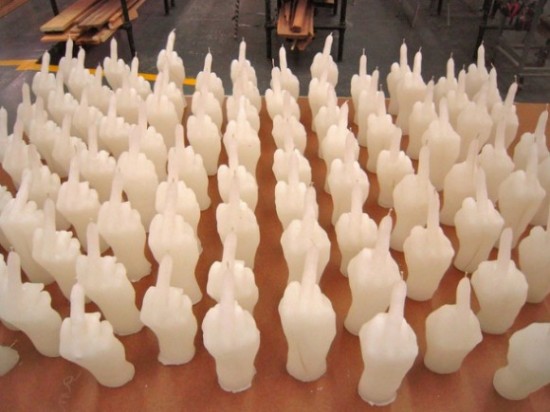 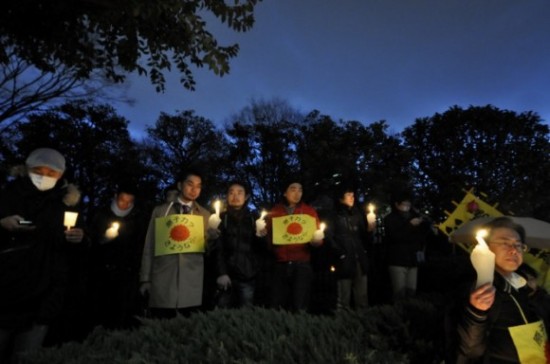