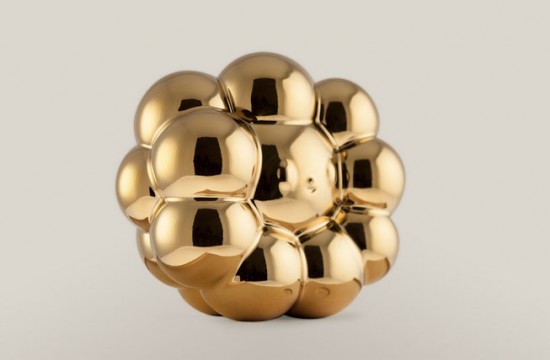 Case Studyo is a new(ish) venture from the excellent Toykyo folks. While the Belgium-based agency continues to collaborate on toy art with contemporary artists, Case Studyo’s projects emphasize the latter word: toy ART. 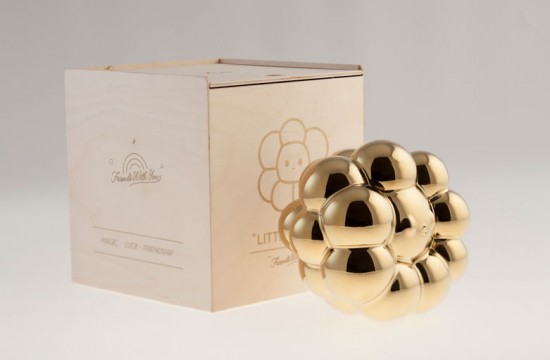 This week, Case Studyo announced the release of Little Buddy, a new porcelain edition by FriendsWithYou‘s Samuel Borkson and Arturo Sandoval III (not to be confused with FWY’s Best Buddies, which I wrote about in September).

This new object is called ‘Little Buddy’, a guardian and magical dreamer bursting with ideas and inspiration. Sam & Tury suggest you put him close to your bed for the ultimate subconscious adventures. They offer this amulet as a power object, if you take care of it and watch over him, he will reflect your gestures and offer peace and love. The more energy you give him, the more he will charge your life with magic potency.

Little Buddy is the kind of art object where you have to ‘inquire for price’. I threw that phrase into Google art translator, and it roughly translates to “Jeremy, you cannot afford this art object”. Sadly, no magic potency for me. I’ve learned that pricing in art is highly arbitrary, but you could try looking back at FriendsWithYou’s Magical Space Gem for a ballpark of sorts. 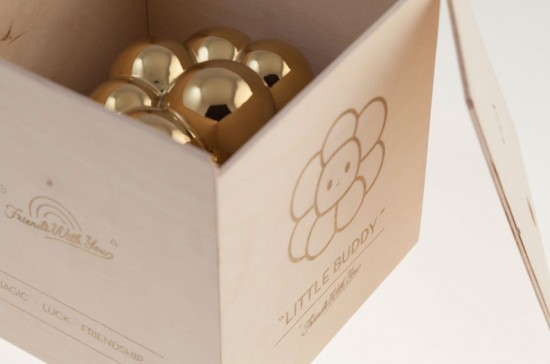 Little Buddy was made in an edition of 25 pieces of shiny gold-glazed porcelain measuring 6.2″ x 6.2″. It comes in a silk-screened wood box with a certificate that’s been signed and numbered by FriendsWithYou. More info here.

FriendsWithYou’s mission is to affect world culture by cultivating special moments of spiritual awareness and powerful, joyous interaction. Many of their works reference to toys because they are meant for play, a tool for unstructured free association and interaction. Their sculptures and paintings, inflatables and objects are meant to trigger the buried, neglected urges and yearnings that a seasoned art viewer may not expect to have activated; playfulness, laughter and inquisitiveness, with an end result of feeling connected. Influenced by the simple happiness found in everyday life, FriendsWithYou’s work is designed to be accessible to all.

And here’s their previous collab with Case Studyo, 2011’s The Dreamer. 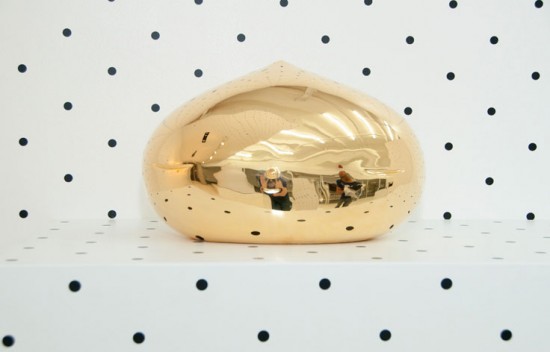