Paul Shih is a Taiwanese artist, character designer, and food aficionado who lives and works in New Zealand. BEVIL, a fusebox of “Broccoli” and “Devil” is his resin toy followup to last season’s sellout culinary character, the Sushi Kaiju. 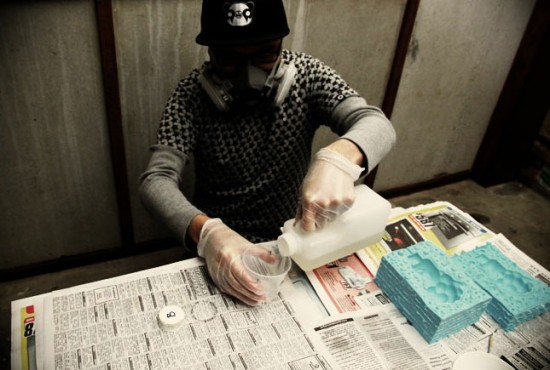 I enjoy seeing Shih document his process. It helps collectors visualize the “hand” in hand-made. 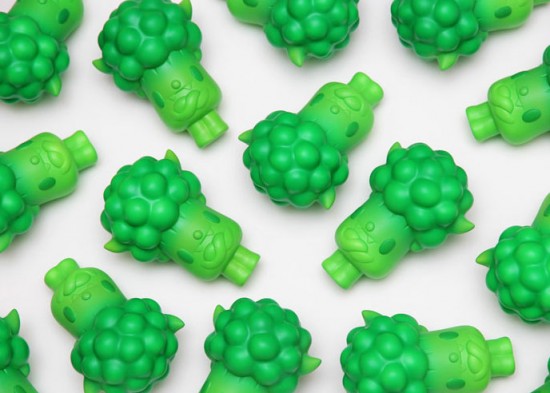 A Broccoli-centric salad by Paul Shih?

This multi-toned green BEVIL is the “first wave of the original colorway” and is limited to 15 figures only. They are all hand-cast and hand-painted by Paul Shih, thus making each figure a designer toy AND delicious! BEVIL will be in season on Friday, June 22nd at 1PM PST in Shih’s online shop. $50 USD + shipping gets you BEVIL and a mini-print (shown below). 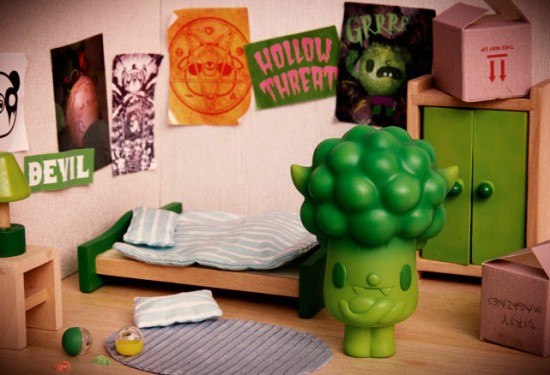 Shih writes: “The release of the BEVIL resin toy will be the first of many projects surrounding Bevil and St. Wiener. Their story will be told over time, but for now, this
photograph may tell a little about him…” Well, so far it tells me that BEVIL is a fan of Paul’s artwork, he enjoys gatcha toys, and he has a box full of dirty magazines. 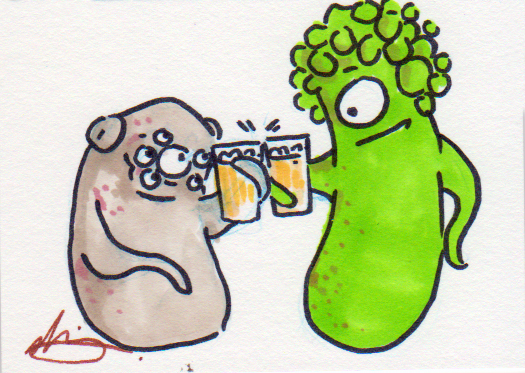 Marlowe and me by Shing Khor

I think this figure is terrific. Paul, you mastered that broccoli afro, and I would know. Just for kicks, here’s a portrait of Shing Yin Khor‘s Marlowe toasting me. Yes, I am portrayed as a cycloptic broccoli. Mind the time of BEVIL’s release on Friday, and click through for the making of a devilish vegetable. 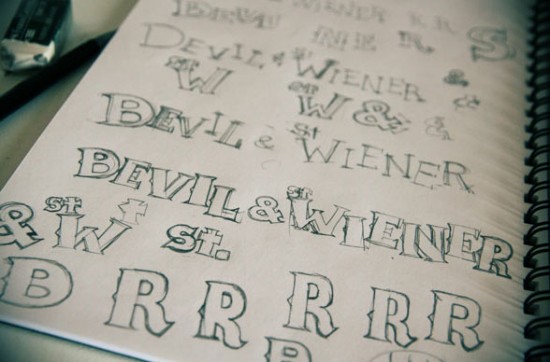 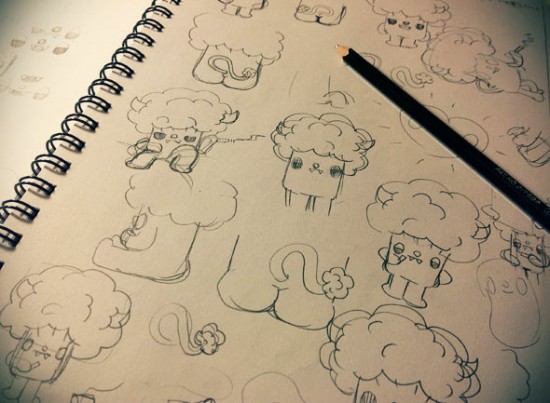 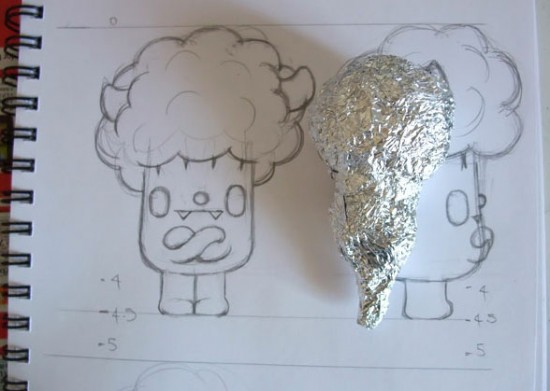 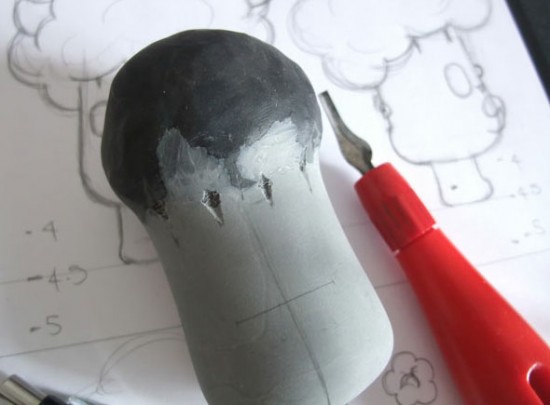 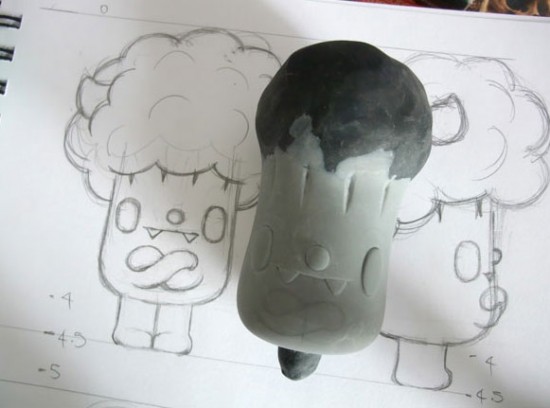 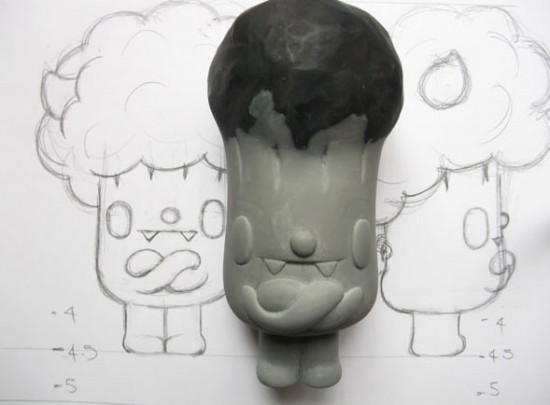 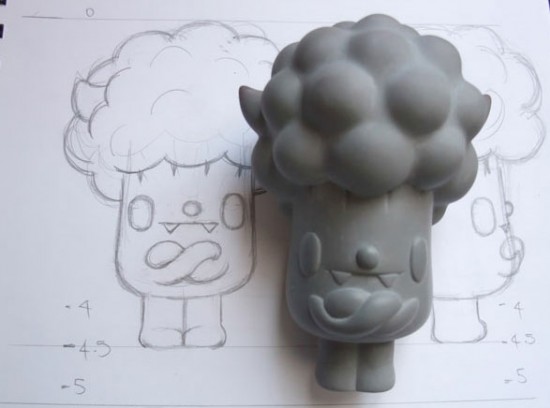 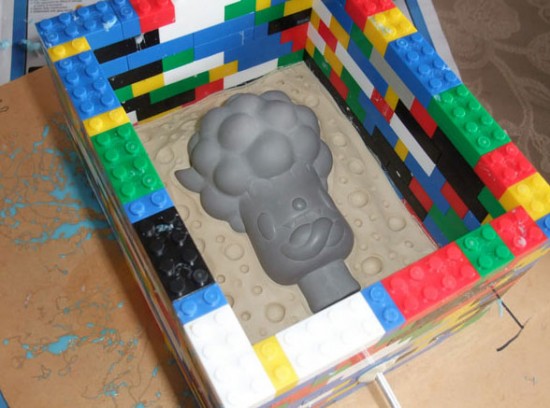 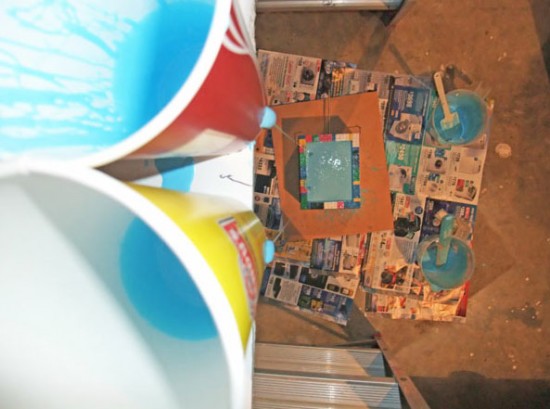 Pouring silicone into the mold by Paul Shih 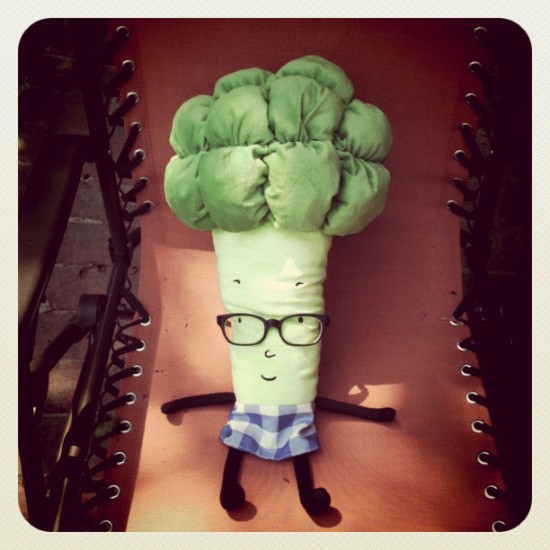