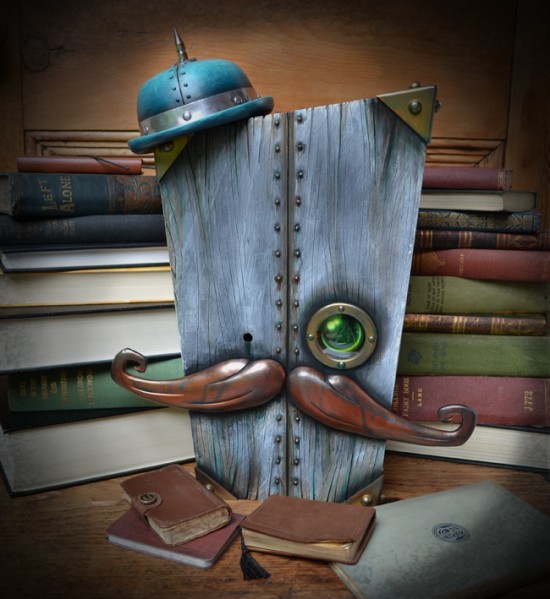 It’s been a GREAT week for writers in toyland. First, there was Stephen King as an Art Army action figure by Mike Leavitt. Now, Doktor A brings us a pencil-pusher even closer to my heart: the embittered and festering critic, Oscar Lynchworthy! Lynchworthy stands a formidable 16 inches tall and is constructed from styrene, epoxy resin, vinyl, lead, glass, steel and rubber, with a vintage clockwork key fixed into his back.

Constructed without limbs Oscar was a surly child.
He riled against the world feeling sidelined in his inability to do just about anything.
His parents offered to purchase appendages for him, but he adamantly remained in his self imposed funk.
His bitterness grew and festered for many years until one day he had an awakening.
A calling, a purpose, a vocation beckoned.
He would become a critic!

So seething! So cynical! So awesome! Doktor A fashioned the critic for Chet Zar’s Conjoined II, which opens on January 21st at Copro Nason.