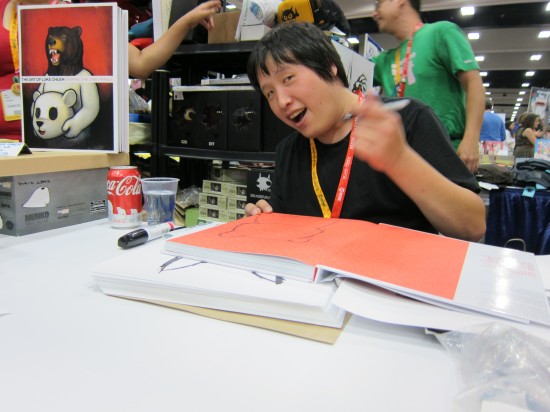 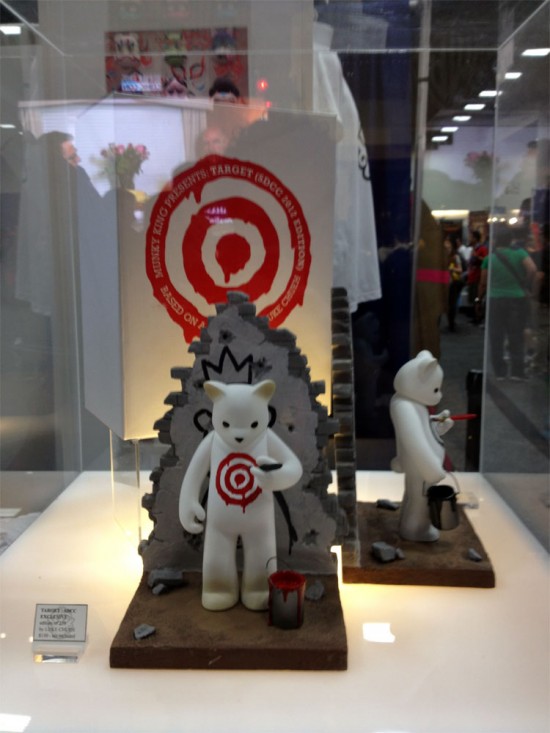 The SDCC-exclusive edition of Target Bear (see origins in previous post) was an edition of 250. I got to open one up and check it out, and it’s really a terrific art piece. The titular Target Bear is vinyl and the wall is hearty resin. For the SDCC exclusives, the target and paint can are red (vs. black for the standard edition), and Luke hand-wrote a message on each and every wall. The walls will interlock with future editions. 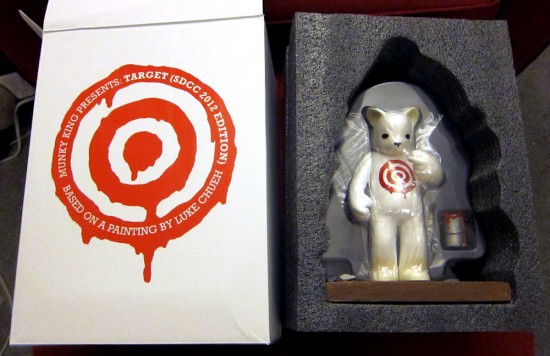 Click through for more photos of Luke Chueh at Comic-Con and Target Bear around the exhibition hall. 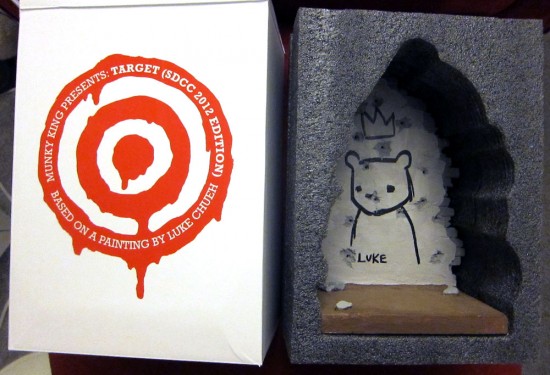 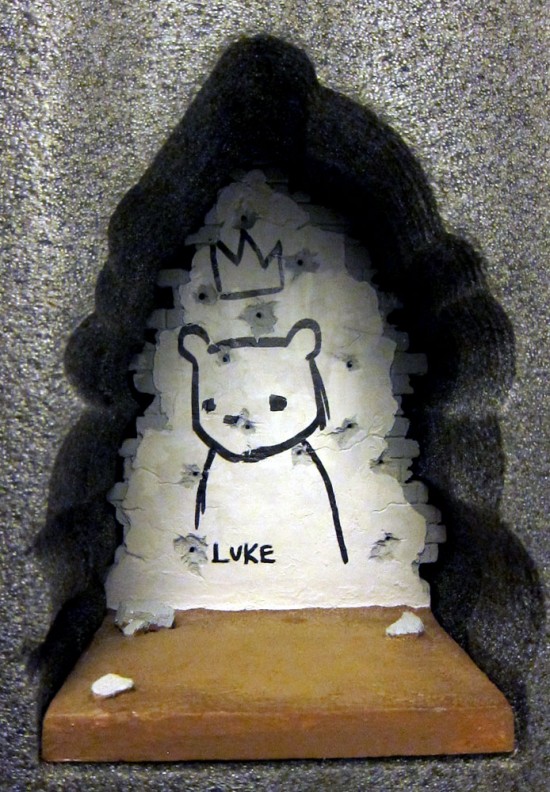 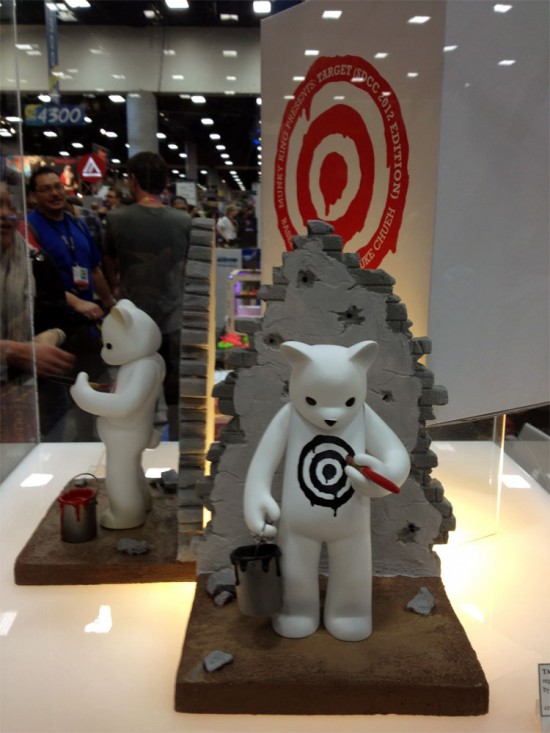 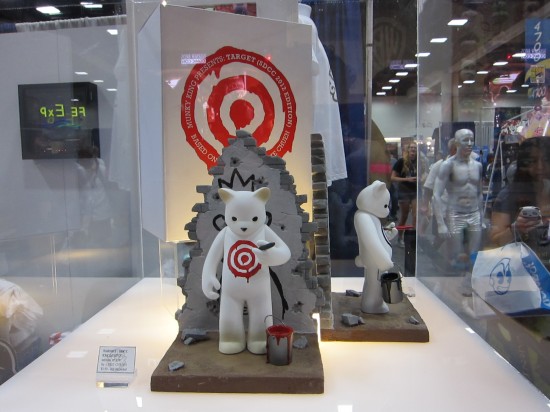 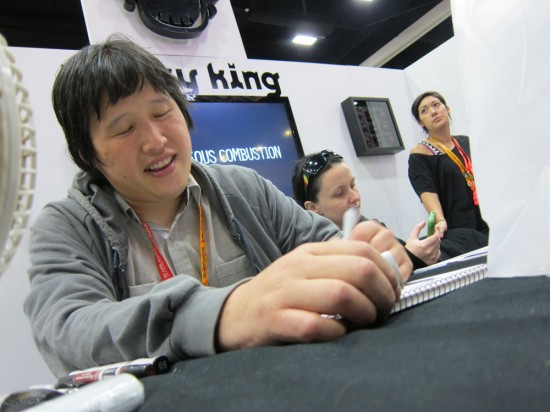 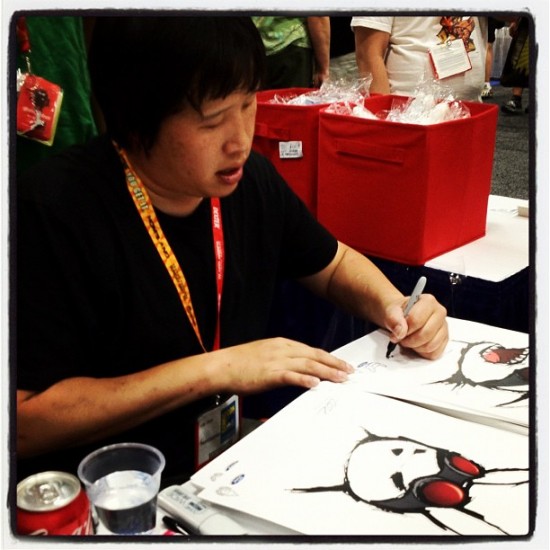 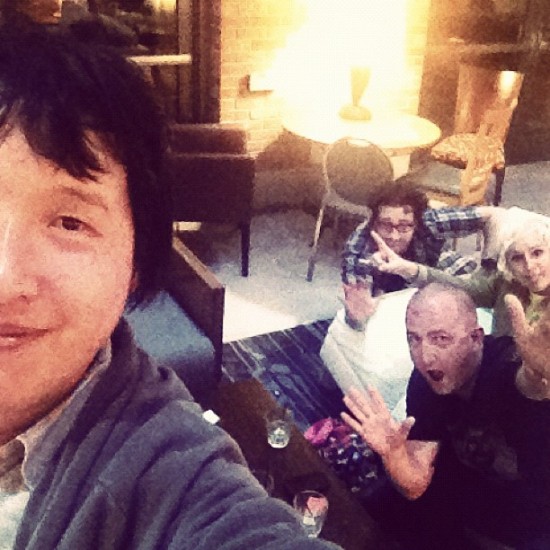 Hanging in the hotel lobby with Luke, Vannen Watches and Pretty in Plastic