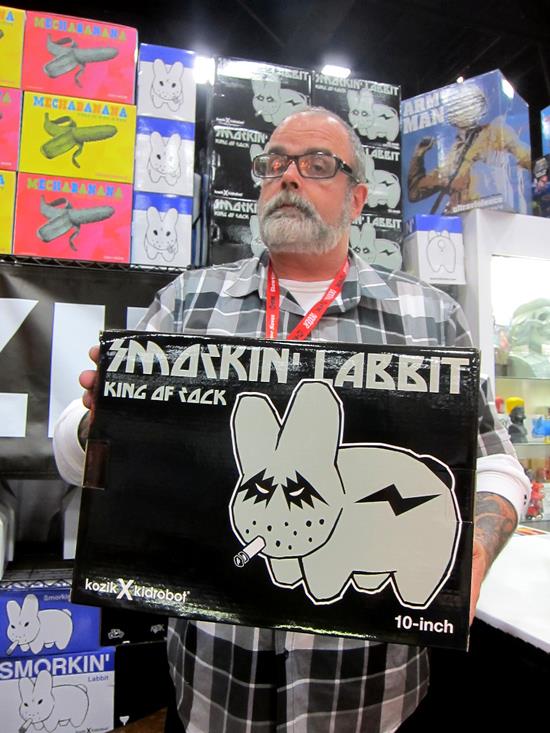 Frank Kozik erected a fortress of rabbits and bananas for his booth at SDCC 2011. (Business as usual.) It’s hard to pick a single pièce de résistance out of the exclusives, as diversity is a Kozik trademark. I can tell you that the 10-inch silver King of Rock Smorkin’ Labbit (edition of 100) is a beast. (I know, because I carried one around.) If you act now, you may still be able to snag one before the set designers at Gene Simmons: Family Jewels buy the remainders. Kozik’s got a neat little servlet on his site that even lets you request a name for him to sign a dedication. 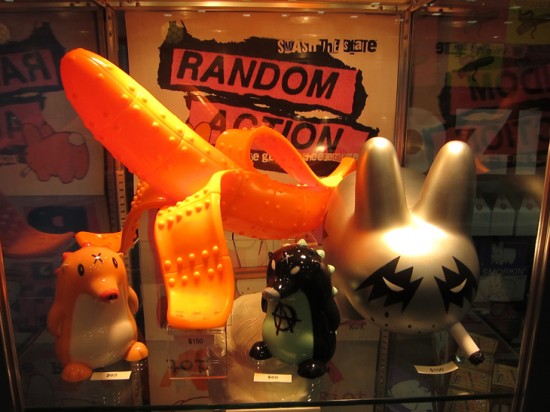 Maybe Labbits aren’t your thing. How about a suggestive, robotic banana? Good on those? Fine. Then meet Heathrow the Hedgehog, Kozik’s newest character. Heathrow is made out of zero-waste Plastin® by San Francisco’s own MAQET. You can do a lot with MAQET and Plastin®, so, keep your eyes peeled like a mechabanana. Kozik’s two SDCC 2011 colorways of Heathrow sold out during the first days of the convention, but I suspect the Hedgehog will be back in good time… 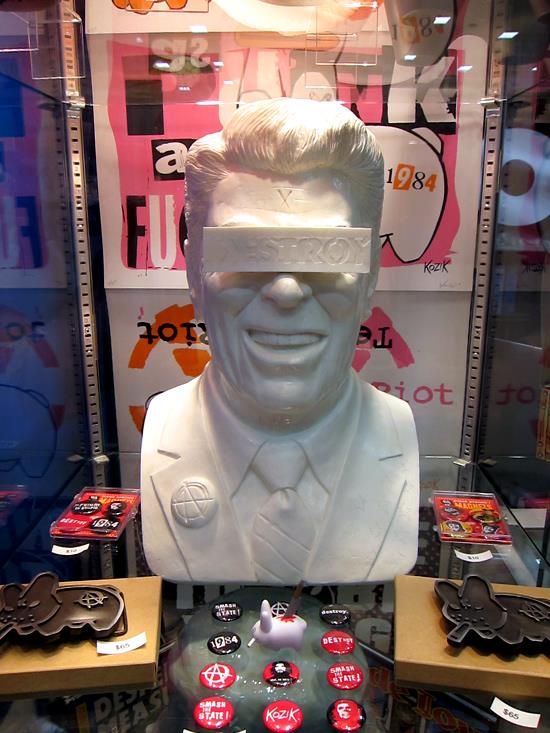 In addition to debuting the orange Mechabanana, Kozik showed other items from his Ultraviolence line, like the new Reagan bust (above) and a white Army Man (below). 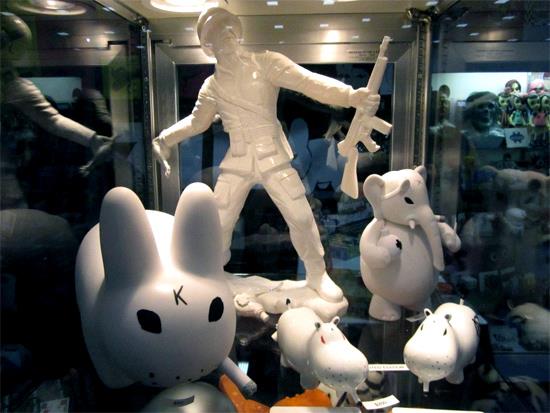 Is it 1984 or 2011? I split a pack of these four prints with Toypinionated. We’re funk as puck! (Full disclosure: I’m working with MAQET. It’s the wave of the future, and the future’s not as stupid as you think.) 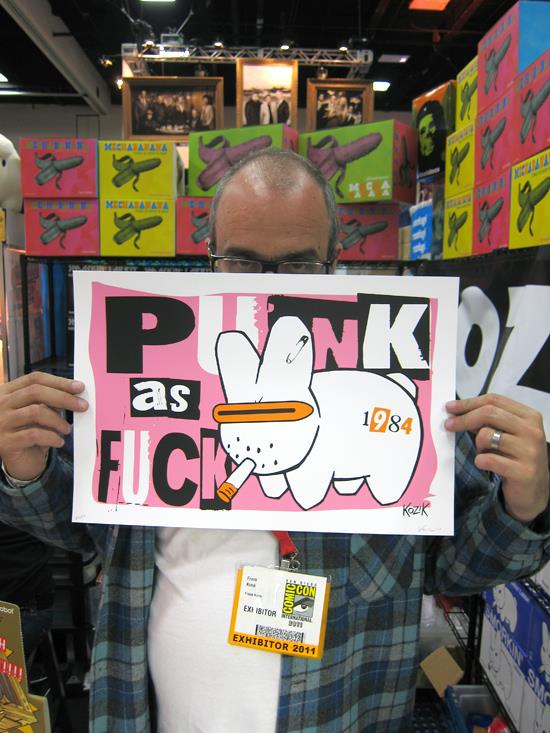