prints
This is a really rad poster for the final date of Ween‘s west coast tour. I’ll let Jermaine Rogers do the talking: I primarily wanted this image to
Read More

customs
Yesterday, my buddy Bert “Gatchabert” Gatchalian tweeted a custom figure that was supposed to be a secret for the upcoming Red Carpet Kaiju show at TAG. I’m glad
Read More

action figures
In 2008, I began a segment of stories on ToyCyte called Playing With Politics. I was very interested in the unprecedented outpouring of art inspired by Barack Obama.
Read More 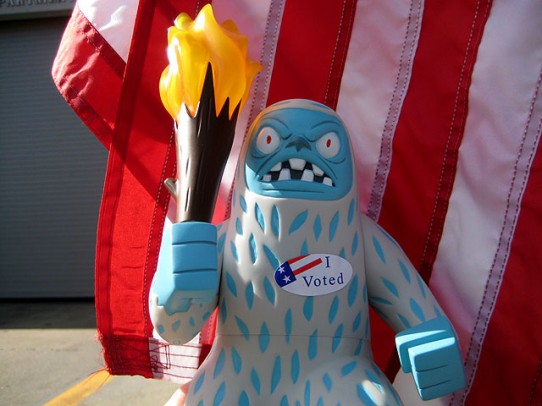 vinyl
Yes, I got strange looks, but then again, this is the Bay Area: anything goes. I took the Yeti to the voting booth. GAMA-GO ended up using these
Read More
Copyright © 2022 Jeremyriad.