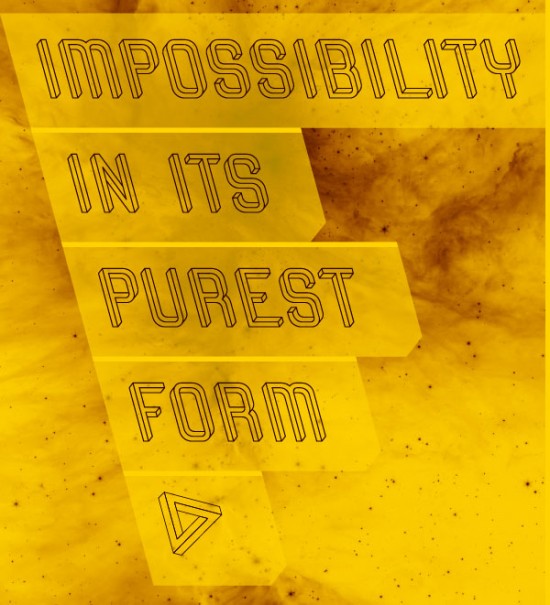 Frustro is a font by Budapest-based designer, Martzi Hegedűs inspired by an impossible object called the Penrose Triangle. 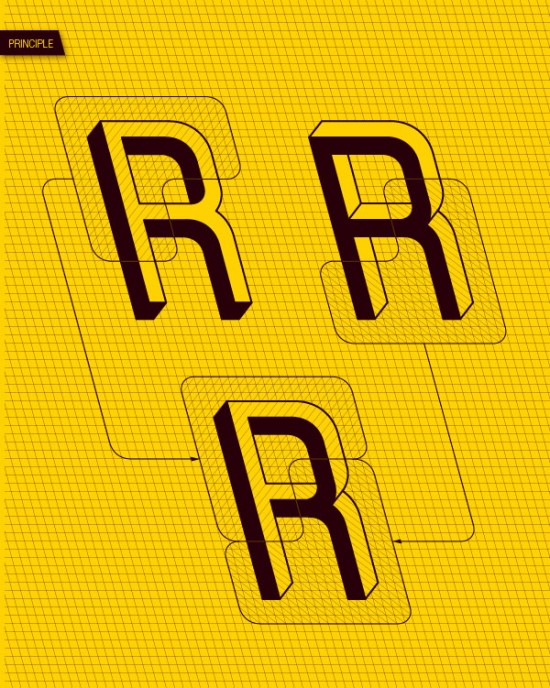 An impossible object is a type of optical illusion consisting of a two-dimensional figure which is instantly and subconsciously interpreted by the visual system as representing a projection of a three-dimensional object although it is not geometrically possible for such an object to exist. Impossible objects are of interest to psychologists, mathematicians and artists without falling entirely into any one discipline.

Impossible objects are also of interest to writers. Ouch, my eyes. 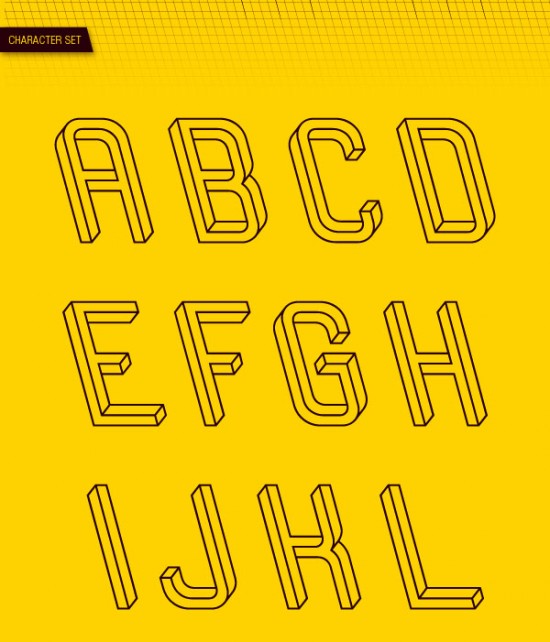 The Penrose triangle was first created by the Swedish artist Oscar Reutersvärd in 1934. The mathematician Roger Penrose independently devised and popularised it in the 1950s, describing it as “impossibility in its purest form”. It is featured prominently in the works of artist M. C. Escher, whose earlier depictions of impossible objects partly inspired it.