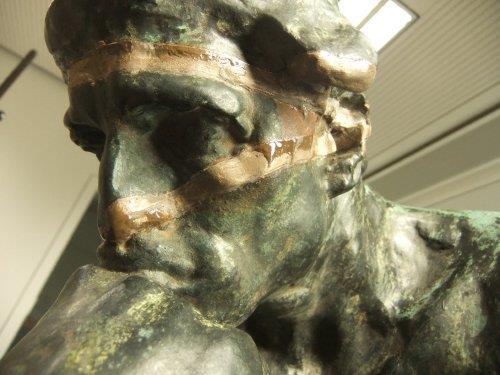 In 2007, the Singer Laren museum was burgalarized and 7 statues were stolen. One of them was a Rodin’s Thinker. The men did not want to sell the statues but rather wanted to destroy them and sell them for scrap metal. 6 statues were destroyed but a badly damaged Thinker was recovered. The statue, with an estimated value of between 3 and $10,000,000 had been hacked in to by the men as the tried to take it apart so they could melt it down.

But this story has a happy ending.

A team at the Netherlands-based museum took 3D scans of the damaged Thinker and compared them to the original mold kept by the Musee Rodin in Paris. Then Belgium-based Materialise printed the statue on a Materialise Mammoth machine. A mold was made of the 3D print, and this was used to restore the statue. 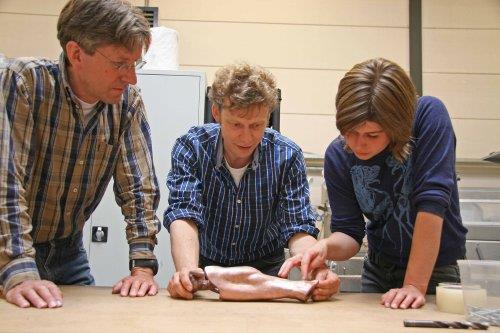 I’m looking forward to more ways in which we see 3D printing applied to and accepted in fine art. You can see the restored statue in De Denker Denkt Weer (The Thinker Thinks Again) now through May 22nd, 2011 at the Singer Laren. Info via Materialise. Photos by Kees Haageman.